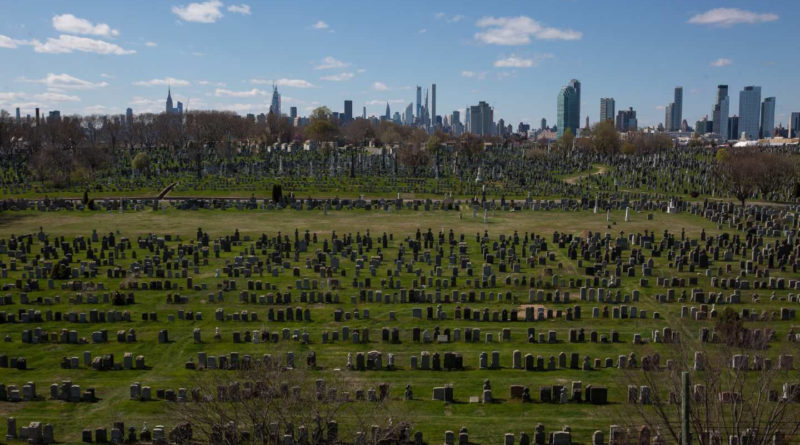 Keeping the toll of Covid-19 deaths artificially low makes it easier for Trump to push for a premature end to the lockdown.

The Covid-19 pandemic seems to be approaching the peak of its first wave in the United States, and the scale of the human tragedy is staggering. As of Sunday night, there were 22,115 confirmed deaths, the most of any country in the world. In New York alone, there were 9,385 confirmed deaths.

But these numbers, often accompanied in media accounts by confident charts, create a false impression of certainty. Few if any countries in the world are testing for Covid-19 in a way that would capture every infected person. Both China and Iran have been accused of undercounting.

This is a fast-spreading disease. Some of the undercounting is due to the fact that there are currently only sufficient resources to test those who have a credible need for medical attention. This makes it easier for some governments to implement testing slowly and selectively to keep the death count low.

Italian journalist Ferdinando Giugliano, writing at Bloomberg, notes, “As hospitals become overcrowded, patients are being asked to stay at home until they display the most serious symptoms. Many will die in their houses or nursing homes and may not even be counted as Covid-19 cases unless they’re tested post-mortem.”

Usually when social scientists measure the impact of a pandemic, they like to look at the number of excess deaths above what would be statistically normal. This calculation is difficult to arrive at until a pandemic is over, but there are ways to get a rough estimate if you look at the mortality rate of the last few years. Just this sort of research is currently being done in Italy.

As Giugliano reports, “Last week, two researchers from northern Italy made this point forcefully when looking at Nembro, a small town near Bergamo that has been very severely hit by the outbreak. Writing in the Italian newspaper Corriere della Sera they found there had been 158 deaths in the town in 2020 so far, as opposed to 35 on average in the previous five years. They noted that Nembro had only counted 31 deaths from Covid-19, which looks like an underestimate.”

If these figures are correct, then the number of undetected Covid-19 cases in Nembro is roughly three or four times higher than the detected cases. Of course, in the future epidemiologists will refine these numbers, since they will have a better sense of how many deaths there were because the medical system was overwhelmed, meaning that people with curable ailments were not treated. But these deaths also should be considered as part of the toll of Covid-19, even if the disease itself wasn’t the main culprit.

There’s every reason to believe that in the United States, as in Italy, there are Covid-19 deaths that aren’t tabulated in the official numbers. On April 7, Gothamist looked at the excess death numbers in New York and concluded that the average of 245 Covid-19 deaths per day from the previous week needs to be supplemented by excess death numbers that are almost as large. As the news site reported, “Another 200 city residents are now dying at home each day, compared to 20 to 25 such deaths before the pandemic, said Aja Worthy-Davis, a spokeswoman for the medical examiner’s office. And an untold number of them are unconfirmed.”

The City of New York said it would change its counting protocol in response to the Gothamist report to include probable Covid-19 deaths.

It’s crucial to get a more accurate Covid-19 death count not just for medical reasons but also for political ones. There is an active push by the right-wing media to argue that the official numbers are too high. On April 8, The Washington Post reported that “Tuesday night on Fox News, Tucker Carlson and analyst Brit Hume argued that the death toll may be exaggerated because people who are dying of other causes but have the coronavirus are being classified as coronavirus deaths.”

This logic was rejected by Dr. Deborah Birx, the White House coronavirus response coordinator. As a press briefing on Wednesday, Birx noted, “Those individuals will have an underlying condition, but that underlying condition did not cause their acute death when it’s related to a Covid infection. In fact, it’s the opposite.”

This minimizing of the death count is partially an attempt to protect the Trump administration from criticism. It is also motivated by a desire to end the lockdown as soon as possible and restart the economy.

Trump is currently torn between the conflicting advice of medical experts like Birx (who argue it is too soon to end the lockdown) and right-wing media outlets like Fox News (who argue that the government has over-reacted to the pandemic).

Unfortunately, Trump seems to be leaning away from the medical experts. On Sunday, he retweeted a Twitter post with the hashtag #FireFauci, a reference to top medical adviser Dr. Anthony Fauci and leading advocate of maintaining the lockdown for as long as necessary.

As the The Daily Beast reports, “Over the weekend, the president picked up the phone and began dialing various close advisers and associates to ask them their opinion on how soon he should ‘open’ the U.S. economy and call for Americans to start resuming business as usual, according to three people familiar with the conversations.” During these phone calls, Trump repeatedly asked, “What do you think of Fauci?”

If we are at the peak of the pandemic, the number of deaths should start declining in the next few weeks. As that happens, the drumbeat to end the lockdown will get louder. The danger is that a premature end of the lockdown will cause a new surge of infections.

Politically, it’s imperative for anyone who wants a sane response to the pandemic to make the case for keeping the timing of the lockdown in the hands of medical professionals, rather than Trump’s inner circle of ideologues and grifters.

In order to do that, it will be crucial not to minimize the death count. Keeping tabs on the approximate number of excess deaths is an essential tool in making these decisions. Publicizing the actual magnitude of the death count is disheartening work, since it makes a bad situation seem even worse. But the crisis requires honesty. Armed with an accurate sense of the number of lives at stake, the public is much more likely to oppose any push for a too hasty reopening of the economy.

Jeet Heer is a national affairs correspondent at The Nation and the author of In Love with Art: Francoise Mouly’s Adventures in Comics with Art Spiegelman (2013) and Sweet Lechery: Reviews, Essays and Profiles (2014).

Featured image:The Calvary Cemetery in Queens, New York, is closed to visitors due to the coronavirus pandemic. (Michael Nagle / Xinhua via Getty Images)