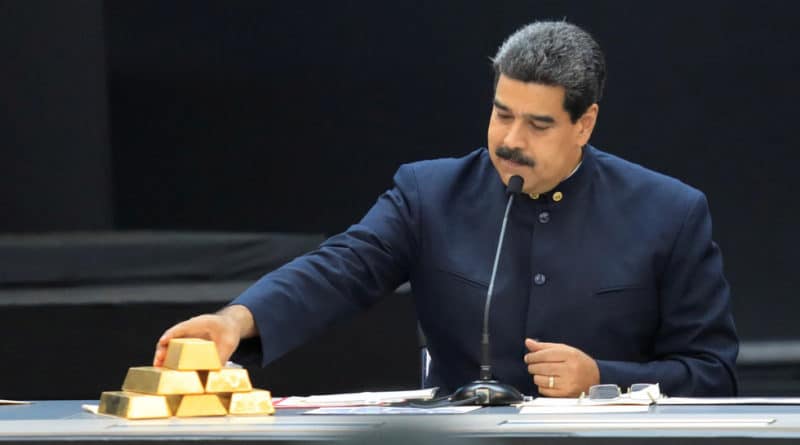 An Iranian Foreign Ministry spokesperson has said that Washington is using false accusations to ramp up its pressure campaign in Venezuela following US claims that Caracas has sent planes loaded with golden bars to Tehran.

Seyd Abbas Mousavi described allegations that Iran is taking gold from Venezuela as “baseless comments” that are intended to mount more pressure on the South American nation.

RELATED CONTENT: US Promises China a Financial Revenge for the Epidemic (US Financial Crisis – Legendary Level)

Such claims by the US government are “an attempt to obstruct the Venezuelan government’s plans for reviving that country’s refineries and producing oil products, including gasoline, a shortage of which has been caused by the cruel American sanctions,” the diplomat said.

US special envoy for Venezuela, Elliott Abrams, had earlier claimed that the Iranian aid to Venezuela is “being paid in gold.” He alleged that planes from Tehran carrying equipment for the Venezuelan oil industry were returning home loaded with gold. Citing sources, Bloomberg separately reported that Venezuelan officials have loaded some nine tons of gold onto Tehran-bound aircraft as payment for reviving Venezuela’s gasoline refineries.

Iran and Venezuela have both been hit by sweeping US sanctions, including restrictions aimed at torpedoing their energy sectors. Washington is openly seeking to oust Venezuelan President Nicolas Maduro and is backing his chief political rival, Juan Guaido.

Officials in Tehran and Caracas argue that the US sanctions are illegal under international law, and have repeatedly stressed that they are hurting ordinary people, making it harder for them to get lifesaving medical supplies amid the Covid-19 pandemic, as well as other necessities.