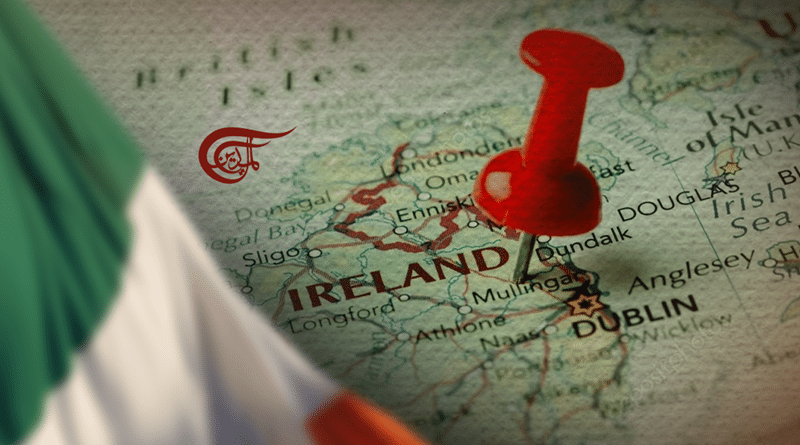 Modern Irish history has simply been one of subjugation, repression, and tyranny at the hands of the invaders.

In 1921 under threat of immediate and terrible war, Ireland was partitioned against the wishes of the majority of the people on the island.

Britain might have been forced out of 26 counties but they were keeping a foothold on Irish soil by proxy, through their colonial settlers in the six counties in the North East of Ireland.

When Irish men and women won the war for independence and Britain sued for peace, the price of limited autonomous self-rule for Southern Ireland within the British Empire was at the expense of their Northern brothers and sisters who were to be condemned to at least a century of separation and division, to include 50 years of Unionist pro-British misrule, at the hands of a settler-colonial Parliament, whose clarion call was a Unionist Parliament for a Unionist people.

A sectarian one-party state was created where pro-British unionists, armany of whom were Protestant by their religion, continued the settler-colonial project, as an alien ascendancy, while the indigenous natives, the Irish nationalists mainly Catholic by their religion continued to be treated as second class citizens and potential dissidents to the new arrangements of partition on the island of Ireland.

Ireland was England’s and Britain’s first colonial conquest. Between the 12th century and the 20th century, England and Britain ruled Ireland through a brutal colonial military occupation.

From land theft to famine, they stole, murdered, and starved the Irish people into submission.

A victory they never fully enjoyed.

The indigenous Irish, in nearly every generation, rose up in defiance, in rebellion, and in arms against a usurping foreign invader.

In the years including and following the Irish famine, 1845-1850, two million Irish citizens died or emigrated. Fleeing a man-made catastrophe, Ireland’s very own “Holocaust”, and Nakba, created by the British, who removed food, grain, cattle, butter, and many more consumable items, by the ton under military escort to be consumed in Britain and exported to Europe.

They filed past the dying and the dead on the roads, while they bled Ireland dry of its food resources, to simply create exceptional profits for the absentee English landlords, the robber barons, and the crown.

Modern Irish history has simply been one of subjugation, repression, and tyranny at the hands of the invaders.

Helped by France and Spain at different epochs in our history, Ireland finally freed herself in the national war of Independence through her own revolution, by her own efforts, by the strength of her sons and her daughters.

No colonial imperialist power be it Britain in Ireland, France in Algiers, America in Mexico, Spain in Latin America and the Caribbean, has ever withdrawn peacefully and unilaterally from those colonial occupations.

In all struggles for freedom from imperialism, occupation wars of national liberation have been fought. Some achieve full success like Algiers or Bolivia while others like Korea, India, and Ireland have all suffered the sin of Partition just like Palestine.

The Irish could not attain full freedom in 1921 and two Parliaments and two countries were brought into being. The Irish Free State and the state of Northern Ireland were both created under the sights of British guns.

While Irish men turned guns on each other in the Irish civil war which was the immediate result of partition and the creation of the Irish Free State, British and Unionists’ guns were brought to bear on the Irish nationalists and republicans now kidnapped into the new bastardized illegitimate state of Northern Ireland.

The Catholic Irish population in the north of Ireland had been signed sealed and delivered into a sectarian, one-party state, whose discriminatory laws, police, judiciary, and ruling class held them in abeyance, at arm’s length, a subjugated, second class citizenry, held in the economic bonds of poverty and trapped in the political wilderness.

After 50 years the cries of enough, the cries of equality, and the cries of injustice rang out, as yet another generation of Irish nationalists and Republicans forswore ending discrimination, and the one-party state.

The peaceful calls for reform were met with brutal repression. The state attacked the peaceful protests. Whole streets in Belfast were ethnically cleansed of their Irish Catholic inhabitants. Families were forced to flee as the Unionist Protestant police alongside sure their Unionist Protestant followers, assaulted, attacked, and in some cases murdered their catholic Irish neighbors.

Violence from the state resulted in resistance from the people, and a new war on the island of Ireland was born.

Internment without trial, administrative detention ensued, a national war of liberation unfolded, and between 1969 and 1998 violence was again a feature in Irish politics. The batons had been drawn; the gun was back in play.

I mention this solely in the context of the recent interchurch service to mark 100 years, the centenary of the establishment of the state of Northern Ireland, which took place on October 21,  2021, in Armagh pro-Cathedral.

Attended by British Prime Minister Boris Johnson, representatives of the government of Ireland, the Northern Ireland Assembly, the four main Christian religions, some minor celebrities, and Pro-Union mainstream media types, who by celebrating 100 years of partition are celebrating the continued foreign occupation of Ireland by a sectarian alien cabal of politicos, corporations and the ruling class.

I look forward to the end of Northern Ireland as a distinct political unit, on the island of Ireland, when the indigenous people are given the opportunity to reunite the country hopefully by referendum within the next decade.

Irish are seeking a final end to British interference in the internal affairs of Ireland; a chance for the colonial settlers to finally embrace their Irish neighbors as equals and a chance for a lasting peace with justice for all of us on Erin’s green shamrock shore.

When I think or speak of the history of Ireland, I always see the parallels with Palestine, another land militarily occupied by the British. Partitioned, beaten, colonized, oppressed, and to this day suffering under an alien military occupation. The British did the same in India, with partition and separation of Pakistan and Kashmir.

Imperialism, colonialism, capitalism, and corporatism are the ideologies that continue to destroy our world, enslave its peoples, and terrorize our children.