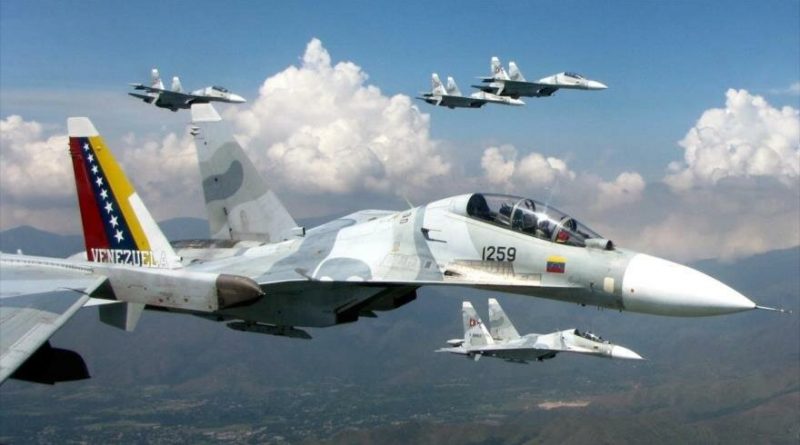 The constituent Pedro Carreño said Tuesday that if the Government of Iván Duque in Colombia were to dare to make a military invasion against Venezuela, the Venezuelan Army will take control of Bogotá and raise the Venezuelan flag in the Colombian capital.

“In the face of a military aggression from Colombia, first, we will plajt5 the Venezuelan flag in Bogotá before they reach Maracaibo or San Cristóbal,” Carreño said in an interview with the private channel Globovisión.

“A river runs through Colombia from side to side, just look online to find out what bridges cross Colombia, and our Sukhoi’s have it, our artillery units too, in 11 seconds a sukhoi would be in Bogotá, we have the coordinates of the Palace of ‘Nariño’, also of the places where the oligarchy lives,” he added.

Carreño also said that if Aruba and Curaçao allow the installation on their waters of US aircraft carriers to help the military aggression against Venezuela, the Venezuelan army will go out to defend the homeland and “we would have the responsibility of raising the Venezuelan flag in Aruba and Curacao too. You have to free those people, too. It is not possible that at this point they are colonies of Holland”.

The constituent also said that the publication of the Colombian magazine Semana is part of a US plan to attack Venezuela that includes military who defected from the Army unhappy with Chavismo.

“On Venezuela a perverse, macabre and criminal plan looms and criminalizes the people and the government in such a way as to generate the conditions that allow an escalation of aggression that ends with total control of the territory and Colombia, as a puppet of the US, wanting to kill its brothers, has lent itself to become a US aircraft carrier so that direct attacks are made on Venezuela and not in a ruinous way as this magazine makes out,” he said.

He argued that the plan was created by the director of the CIA, Gina Haspel. “This is a plan designed by the CIA director Gina Haspel where a facade of an alleged army of deserters of the Armed Forces dissatisfied with the government is built when that plan establishes that it is the communication facade.”

He also noted that “the magazine Semana was given this pseudo-report so that Colombian President Iván Duque fulfills his mission, all this documentation that we prove is false.”