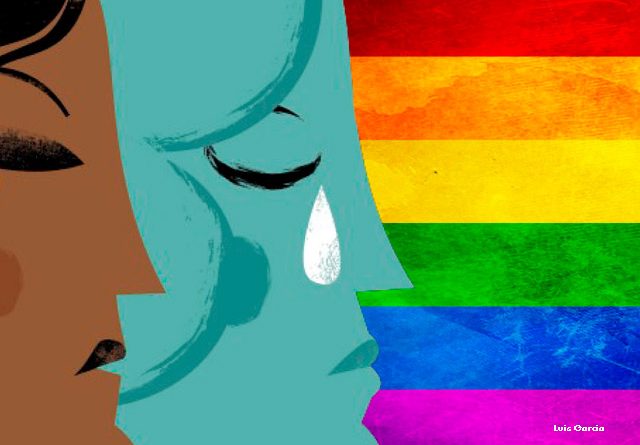 “Brigitte” was the name used by Jeferson Aquilino Escalona Escobar, a transsexual who was brutally beaten and suffocated on the Nueva Granada avenue in Caracas, an event that caused his death a week later.

According to media reports, on Friday, August 30, Brigitte left home to work and since then her family and friends did not hear from her again. Her disappearance caused alarm. She was the second of 10 children.

After leaving for work, Brigitte did not return. Hours later – Saturday, August 31 – members of the Fire Department of the Capital District found her lying unconscious on the ground, showing signs of suffocation and punches. Her attackers robbed her, they took everything they could, money, cell phone, chains and wallet.

Brigitte’s relatives did not know of her whereabouts until five days later trying to find her. They searched for her at police headquarters and hospitals, and found her on Wednesday, August 4 at the Domingo Luciani hospital in El Llanito.

Unfortunately, the brutal blows and cruelty against this young transsexual left her with serious injuries that caused her death last Friday, September 6.

In this regard, the Somos Movement sent a message through Twitter indicating that Brigitte was a victim of transphobia, a new victim affected by this type of hate crime in Venezuela.

The victim was engaged in hairdressing, was just 21 years old, was a in-house stylist with a trusted clientele with whom she worked for a long time.