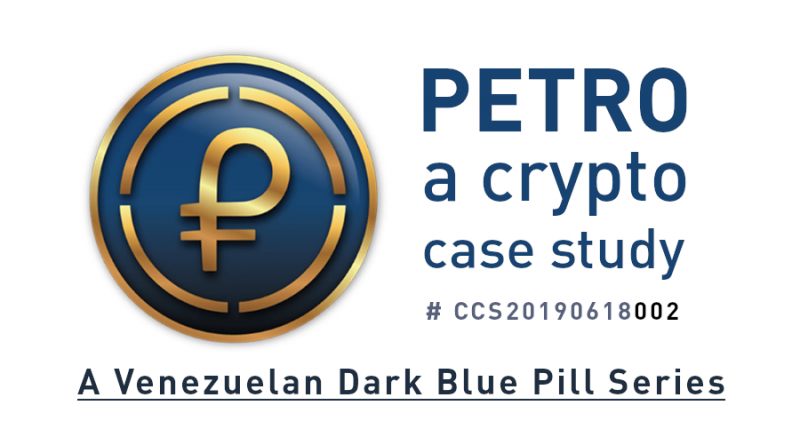 If necessity is the mother of invention and the species that survive is the one most responsive to change, then the PETRO, issued by the government of the Bolivarian Republic of Venezuela, is the last-minute miracle-child expected to dramatically improve the historically complex economic model of this nation, sought after so many initiatives the Bolivarian government has brought forth since it first rose to power in the year 2000, although many of them have been poorly executed.

RELATED CONTENT: The Petro: Three Sides of a Coin

Although the governments of thePeople’s Republic of China and the Russian Federation have publicly announced formal and official studies for the creation of their own blockchains, so far only the Republic of Malta and the Bolivarian Republic of Venezuela have issued a comprehensive set complementary legislative acts regarding Crypto-Assets, which follow:

The current Venezuelan president Nicolás Maduro announced on December 4th 2017 the creation of the PETRO, the first-ever crypto-currency backed by an official government, thus materializing a visionary proposal made by former president Hugo Chavez on March 30th 2009. After an extensive national promotional campaign, a native PoS/PoW blockchain was initially launched on February 20th 2018, thanks to a “strategic partnership with NEM”.

RELATED CONTENT: The Loop (VI): Between the Shock and the Boiled frog Syndrome

The first Venezuelan superintendent was removed from office on June 20th 2018, after he failed to create an organization that would effectively deliver crypto-monetary solutions beyond all the national hype created. A new leadership was appointed to the National Superintendence of Crypto-Assets and Related Activities or SUNACRIP, which was also ascribed to the People’s Power Ministry for Industries and National Production.

The renewed SUNACRIP organized the First Meeting with Digital Miners of Venezuela on October 12th 2008, during a private gathering at the inauguration of their official headquarters in Caracas; two weeks later they followed up with the Second Meeting with Digital Miners of Venezuela at the city of Maracay, driving in hundreds of enthusiasts. Again, two weeks later they delivered the First International Conference of Crypto-Assets, held at the Hotel Gran Meliá Caracas, bringing in 15+ international speakers and thousands of highly involved as well as many curious nationals.

The organization of these events was pristine, the debates were intense, the leadership’s willingness to understand and address the issues and concerns at hand was unbelievable, and the customer service delivered by the staff was simply superb. Such experiences were for me early indicators that the new SUNACRIP leadership was thoughtful, methodical and highly capable to deliver the unprecedented and much needed crypto solutions which will be covered on the next Venezuelan Dark Blue Pill.