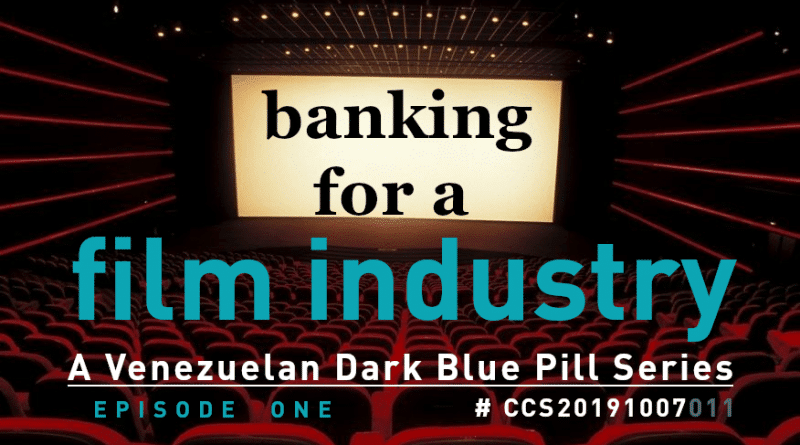 On September 27th president Nicolás Maduro inaugurated the CINEMA AND AUDIOVISUAL ENCOUNTER— INNOVATE OR FAIL, a 3-day event that took place in and around the National University for the Arts (UNEARTE). During his opening speech he made a remarkable announcement: an allocation of 100 million euros to reignite film making and audiovisual production.

Such significant funding follows a set of policies initiated by late president Hugo Chavez to recognize, visualize and promote our national identity through the arts. The most tangible milestone was the 2005 conversion of the former National Council for Culture and integrating it into the executive cabinet as The Ministry for Culture, ascribing to it most if not all existing cultural institutions and arts foundations.

In regards to the cinema sector, the 2005 national film law ratified the previously created National Autonomous Center of Film (CNAC) and made it the administrator of the new Film Production and Promotional Fund (FONPROCINE) which would levy on the national box office proceeds, then mostly from foreign films.

The following year two additional film-related institutions were created: La Villa del Cine, the first national film studios complex, and Amazonia Films, a state-owned-and-managed domestic film distributor. Thanks to this state-sponsored cinema platform hundreds of short and feature films have been co-produced and many of them have been domestically distributed, an unprecedented achievement.

Seven years later the Venezuelan art films Bad Hair (2013), My Straight Son (2014) and From Afar (2015), all LGBT-related dramas, were recognized with the Golden Shell, Goya and Golden Lion awards respectively.

RELATED CONTENT: The Film Industry in Venezuela, an Alternative to the Oil Industry?

Since the actual production costs of these films have not been made public, it is uncertain if the creators of the last two were able to obtain any dividends after paying the cinema theaters commissions, covering film copies, distribution and marketing costs, returning CNAC´s stimulus and paying taxes.

Moreover, when it comes to the international box office no Venezuelan film has ever been able to break through the highly competitive commercial film marketplace.

On the other side of the spectrum, some visionaries and audacious directors from the film industry such as Pete Docter, James Cameron and Ericson Core have quietly leveraged our magical landscapes as concept arts, computer generated sets or real sets in films such as Disney’s Up (2009), Avatar (2009) and Point Break (2015) to effectively delight audiences with their mastered visual storytelling skills.

Another film that sort of fits into this category deserves a deeper look: The Liberator (2013), a historical biographic drama about Simón Bolívar. Though this film was partially shot in our land of grace and directed by a Venezuelan native, such does not quite constitute it as a Venezuelan film, considering that it was executive produced by a hefty 50 million dollar budget sourced from Germany and the U.S., the screenplay was written by a Chicago native and it was beautifully made thanks to the participation of a talented cast and an experienced crew from at least 15 different nationalities.

What makes this film stand apart from the previous category is that it was a financial disaster. According to Nash Information Services, it only generated 113 thousand dollars at the U.S. box office, and according to an audit made and reported by the CNAC in 2015, it generated 61 million bolivars at the Venezuelan box office. Even if the producers were able to convert the entire proceeds from the domestic receipts, which is never the case, via CADIVI into U.S. dollars, hence supporting the additional 1.3 million dollars box office claim, the foreign film investors still lost over 48.6 million dollars on this endeavor.

This regrettable outcome suggests that its film producer, Venezuelan actor and movie protagonists Edgar Ramírez failed to ask himself a few basic film industry question: a) What is the target audience size for this genre and theme? b) What percentage of that target audience is this film expected to attract as primer prospect? c) What is the box office this film can generate from its prime prospects? d) Can this film be made with a third of the expected box office?

RELATED CONTENT: In Venezuela, White Supremacy Is a Key Driver of the Coup

A true film industry expert would know that drama films are the genre most produced, 4,963 films since 1995, and that these bring in the lowest average at the box office, $7 million dollars. Likewise, CNAC and film industry financial data shows that the entire Venezuelan box office from all foreign and domestic films in a whole year does not exceed 50 million dollars. Therefore, this film industry project was doomed the moment it was green lit.

Considering that our decaying national oil industry has been our main source of income within the global marketplace for the last 100 years and that the current financial blockade and oil embargo orchestrated by the Deep State towards the Bolivarian Government has deeply affected all Venezuelans, it is imperative that we diversify our economy by developing other industries.

IF WELL MANAGED, 100 million euros is a decent budget to start developing our own film industry. Although a few seasoned actors like Clint Eastwood, Mel Gibson and Tom Cruise have become successful independent film producers, it is not a given that actors automatically have the capability to make a wise film industry decision. The aforementioned talents have demostrated to be professionals who accutely studied the film industry and developed business criteria, enabling them to deliver sound results at the box office.

There is as much science and art as there is business acumen in the film industry. There are a series of low-budget (~5 million dollar) films from independent producers that have created value like no Hollywood film ever has, generating at the global box office from 10 to 50 times its production costs; these powerful yet simple films can teach us tremendous lessons.

If you are interested in learning about what made these independent films so financially successful and what are the attainable film global market opportunities available right now that would reap enormous financial returns and would pave the way for the development of a film industry in Venezuela then wait for EPISODE TWO of this saga.