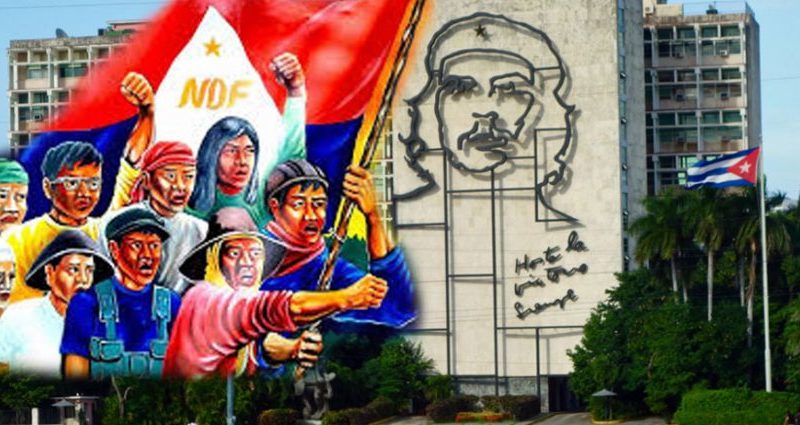 The National Democratic Front of the Philippines firmly supports the powerful defense of the Republic of Cuba of the Bolivarian Republic of Venezuela led by President Nicolas Maduro, the Plurinational State of Bolivia, President Evo Morales and the Bolivian people, the Sandinista government and people of Nicaragua, and other progressive and anti-imperialist forces in Latin America and the Caribbean.

Cuba likewise vigorously condemns the US for its permanent interference in Latin America and the Caribbean which Cuba identifies as the main reason for the instability in the region.

It declares with no hesitation that “the corruption that characterizes the behavior of the current US administration can be hidden no more. Its impact on the peoples of Latin America and the Caribbean has taken a toll on human lives and has caused hardships, instability and economic damages.”

Cuba declares with conviction: “The Cuban Revolution has also been a proof that a people that is closely united, that has become the owner of their country and institutions, living in a permanent and profound democracy, can successfully resist and develop in the face of the longest-lasting aggression and blockade in history.”

Cuba assures that it “will continue to work towards the integration of Our America, which includes all efforts so that the Community of Latin American and Caribbean States (CELAC), which will be very soon presided over by Mexico would continue to promote the common interests of our nations by strengthening unity amidst diversity.”

We salute the Republic of Cuba and the heroic Cuban people for asserting “with unswerving optimism and confidence” in their glorious victory that “they inherit from the Commander in Chief of the Cuban Revolution, Fidel Castro Ruz, under the leadership of the First Secretary of the Party, Army General Raul Castro and the guidance of President Miguel Diaz-Canel.”

We recognize the valiant struggle of President Nicolas Maduro and the Venezuelan people, President Evo Morales and the Bolivian people, and President Daniel Ortega and the Sandinistas.

We, the revolutionary Filipino people, are engaged in a life-and-death struggle against US imperialism and its puppets, the big compradors and landlords. Ever since the US launched its war of aggression in 1898 to colonize the Philippines, as it did to Cuba and Puerto Rico, we have never stopped fighting against US imperialism. From 1898 to 1914, during the US war of aggression, the imperialist aggressors caused the death of 1.5 million Filipinos.

As we persevere in our struggle for freedom and liberation against US imperialism, we are united with the just struggles of the peoples of Latin America and the Caribbean.