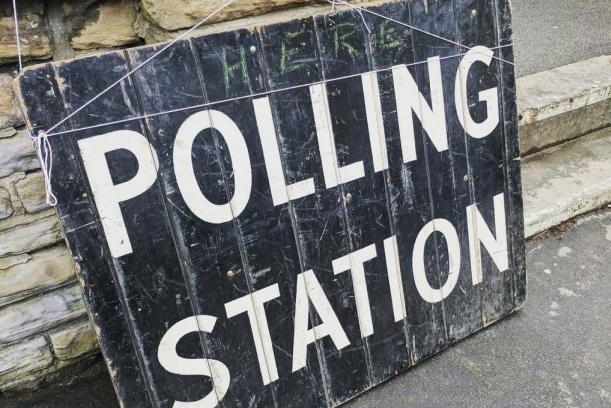 A voter purge in Wisconsin will disproportionately impact black voters, undermining the right to vote.

The 2020 Democratic National Convention isn’t until July and already the nation’s attention is riveted on Wisconsin and how it handles a potential mass purge of voter rolls, which is expected to negatively impact the Black vote in Milwaukee.

The Milwaukee Election Commission says one in 10 voters in the city (who presumedly live in predominately Black zip code areas) could be impacted by the purge.

Approximately 35,529 Milwaukee residents’ right to vote in this year’s local and national elections are at risk as the state’s Election Commission finds itself deadlocked on how to respond to an Ozaukee County judge’s order to purge 234,000 state voter registrations from the rolls because they may have moved.

Last fall, the Election Commission sent mailings to roughly 232,500 people (the number has reportedly been the cause of some dispute) who appeared to have moved and told them to confirm their addresses within 30 days if they wanted to remain registered Wisconsin voters.

The vast majority didn’t respond. But the commission suspects a significant percentage may not have moved out-of-state, but rather moved within the same community or did not move at all.

During a late December 2019 city hall news conference where he asked government officials to protect the integrity of the voting system, Mayor Tom Barrett noted out of the 35,529 city residents flagged, 186 people responded to the mailings. One thousand, three hundred, twenty-seven registered somewhere else. Barrett said many residents thought the postcard was spam or a scam.

The last time the state Election Commission did a voter-roll purge, people came to vote in 2016 expecting to be registered, only to find out they were not.

While Wisconsin has same-day voter registration, the expected need to register meant not everyone had the required documents, causing delays at polling locations and problems for poll workers.

The Commission’s current voter mailing was an attempt to avoid a repeat of 2016 in 2020.

Democrats, the League of Women Voters of Wisconsin and others are fighting to make sure the purge does not take place until the commission has time to figure out who on the list moved and who were mistakenly put on the list.

The affected state voters primarily come from Democratic voter strongholds, such as Milwaukee and Madison. An examination of demographic data from the U.S. Census Bureau indicates that a disproportionate number of mailers were sent to areas with large Black voting bases.

ERIC uses data from the DMV, Social Security, and the U.S. Postal Service to see when a registered voter has moved.

Over one-third (35 percent) of the mailers sent to voters on the 2019 ERIC list went to the two counties where the vast majority of Wisconsin’s Black voters reside, Milwaukee and Dane (Madison).

These two counties are home to three-quarters (74.665 percent) of Wisconsin’s Black voters; Black voters make up 17.45 percent of these counties’ entire electorate.1

While these two counties are large, they aren’t large enough to account for the significantly higher number of voters targeted in a lawsuit brought by the right-wing Wisconsin Institute for Law and Liberty (WILL) seeking to force the pre-election voter roll purge.

The WILL lawsuit is on behalf of Republican campaign donors, as well as the urging of a Wisconsin GOP leader. The organization wants the state Supreme Court to take up the suit immediately.

Ironically, the voter purge could impact the election bid of right-wing state Supreme Court candidate Dan Kelly, who was appointed by former Republican Gov. Scott Walker a few years ago to fill a vacancy on the court.

In comparison, Fond Du Lac County, which has an electorate that is 96 percent white, makes up two percent of Wisconsin’s total electorate and received 1.4 percent of the mailers.

The Census data revealed the voter purge could negatively impact Latino and Asian American voters in the state. Milwaukee County is home to 37.32 percent of the state’s Latino voters, and 20.73 percent of its Asian voters.2

Many of these voters have a limited ability to understand English, but the ERIC mailers were not provided in any other language.

In a statement, Wendell Harris, president of the NAACP State Conference, said his organization is now developing voter engagement plans in conjunction with its partners, the League of Women Voters and the ACLU, for the upcoming November election.

The NAACP believes the voter mover list is a political smokescreen for racial discrimination. The civil rights organization added the voter purge may be a violation of the National Voter Registration Act.

The Voting Rights Act permits voters to remain on the polls for at least two federal election cycles after voter registration cards are returned as undeliverable. It also requires that before a state can purge a voter, it must prove that the voter did change residence for voting.

“Since the founding of (the) NAACP, we have continually worked with members, the public and our coalition partners to fight any and all barriers to voting, especially those that seek disenfranchisement of thousands of citizens,” said Harris in the statement.

Voters should know the purge can’t stop them from voting in any election. Voters should take to the polls with them on election day a form of ID (identification). They can also take a utility bill that proves they’ve lived three months at the address on the bill. If a voter’s name is not on the rolls, they can immediately register and vote the same day.

“This action highlights how important it is that Wisconsin institute election day registration so voters can register at the polls when they go to vote.”