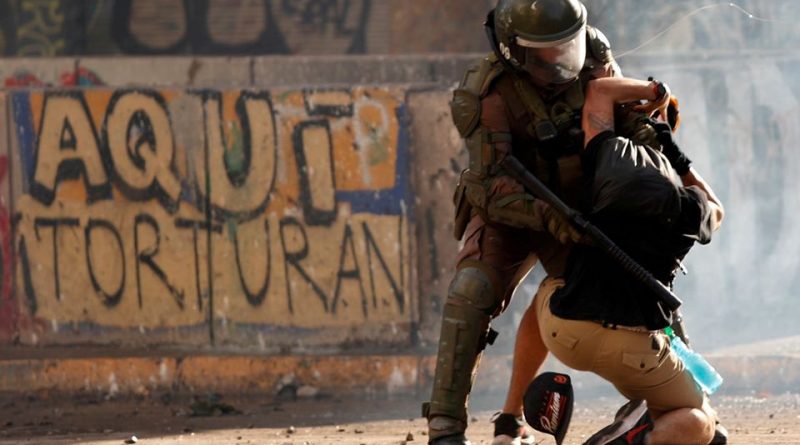 In Chile, abuses and threats against protesters continue. A young woman told TeleSUR cameras that three police officers had allegedly threatened to rape her.

RELATED CONTENT: Repression of Protests Against the Government of Piñera in Chile Continues (+While he Does Not Resign)

TeleSUR correspondent in Chile, Paola Dragnic, asked the girl about what happened just before they put her in a police car, saving her from an uncertain faith. The young woman said that when she was part of a memorial assembly for “disappeared protesters” and the police arrived and threatened the group. “They tied my arm and told me that between the three of them they would rape me if they put me in the car,” said the young woman.

Threats and acts of this kind are not isolated. According to the National Institute of Human Rights of Chile, in its nine years of history they have filed 33 complaints against police officers for sexual torture: 17 of them have been filed in the last 19 days.