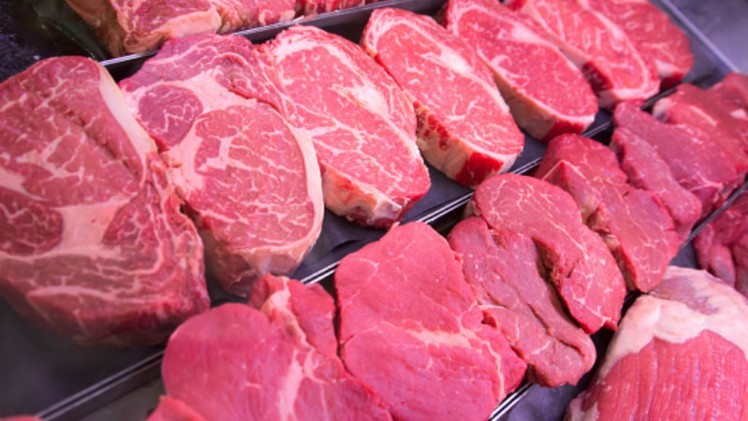 With the days moving on, global coronavirus cases are notably increasing in rate, as the neoliberal world grinds to a halt with serious implications for the international economy. Altogether, the number of official coronavirus detections is now fast approaching 400,000, with over 16,000 people succumbing to the disease so far. Around 100,000 patients have recovered, most of them Chinese citizens, with active cases globally topping a quarter of a million.

Over the past few days, worldwide reports of the illness have been accelerating. On 22 March, the United States reported one of the world’s largest daily increases of coronavirus cases – when almost 10,000 Americans contracted it on that day, the vast majority of them New York residents (1). Statistics for the 23rd of March are revealing many further thousands of cases in the US, a country which now has one of the planet’s highest rate of infections.

In total, more than 40,000 Americans have to date been diagnosed with the disease, with about 500 dying. The real figures in America could be considerably higher, due to its discriminatory health service and inadequate testing. These problems are not restricted to the US. Meanwhile, less than a month ago president Donald Trump had unwisely called the coronavirus “a hoax”.

It is important to note that, at present, case numbers in the US are still very low, as they remain globally. Media headlines have been flashing in recent days warning that the coronavirus “could kill millions of Americans”, with the flames being fanned by World Health Organisation officials who should know better (2). This speculation is based on no evidence and ranks as flagrant scaremongering. The probability is that the US death toll will be in the thousands, before the illness is eventually suppressed.

Advice put forth by the WHO should be treated with caution for other reasons, as this world body has received extensive funding from pharmaceutical corporations since 2005, along with other private sources. During the 2009-2010 swine flu pandemic, the WHO negotiated the price of drugs with governments on behalf of big pharma (3). Pharmaceutical companies, most of them headquartered in the US, will also hugely benefit from the coronavirus crisis, while swathes of the public are losing their jobs and facing uncertain futures.

RELATED CONTENT: US Wastes “Valuable Time China has Gained!”: Beijing Lashes out at Washington for its “Racist” Coronavirus Rhetoric

Over the past generation, there has been a significant increase of contagious diseases – from SARS and avian flu to ebola, MERS and coronavirus. The multiplication of infectious illnesses is surely an indication that something has gone terribly awry with the condition of our planet. The reality is of course stark. We are presently living in the sixth mass extinction, driven by human actions, as species and ecosystems disappear at a level not seen since the “dinosaur asteroid” struck earth 66 million years ago.

Another cause behind the rise in infectious diseases, is likely due to the workings of industrial meat production (4). Meat processing, including poultry and dairy manufacturing, is heavily reliant on antibiotic usage, and many corporations are dependent upon this sector as a means of profit-making. In the neoliberal era, this ensures that it is embedded in the world economy.

The meat industry is eroding the effectiveness of antibiotics, which over time are creating mutant bacteria that are resistant to all antibiotics. It is a disturbing phenomenon. According to the experienced American microbiologist, Dr. Glenn Morris, if a person consumes antibiotic-resistant bacteria from under-cooked meat and then becomes ill, he or she may not respond to antibiotic treatment to cure the ailment. (5)

In America, one of the world’s largest meat consuming countries, it is unknown how much antibiotics are actually administered. The drug companies have been covering up, and are refusing to publish data pertaining to antibiotic levels in meat production.

Meat processing is also inhumane and a heavy contributor to global warming. It accounts for 16.5% of global carbon emissions (7). With the human population exploding, meat consumption has doubled over the past half a century.

Moreover, livestock is being flown back and forth across the world in growing quantities, further increasing the risk of disease spread. It is impossible to assess each animal to see if it is carrying an illness. Any ailment could be transferable to people, especially between pigs and humans whose biological composition is quite similar.

Because of antibiotic usage over many years, mutant bacteria could be spreading forth and performing a decisive role in the spawning of potentially deadly illnesses, such as the coronavirus. Philip Salvatore, an infectious disease expert at Johns Hopkins University in Baltimore, said that some drug-resistant bacteria “may cause more severe disease, may be more contagious, and are certainly more difficult to kill” (8). The coronavirus is highly infectious and proving tough to eradicate.

Multinational fast food retailers like McDonald’s, Burger King, and others, have vested interests in the meat industry persisting with business-as-usual strategies, which helps to maintain their high profit levels. McDonald’s directors have even informed farmers they should be “incentivised to produce beef, otherwise we don’t have a future for some of our key products”. Such policies are unsustainable, not to mention incompatible within government commitments to tackle climate change. (9)

To blame the recent arrival of contagious illnesses on biological warfare is lacking in hard evidence. This form of waging conflict has been in existence for generations. The British Army attempted to spread smallpox among Native Americans in the summer of 1763, during the Siege of Fort Pitt in what is today Pittsburgh, Pennsylvania. Scores of indigenous people succumbed to smallpox in the region, but it was never discovered how much of this was due to London’s dissemination of smallpox.

Imperial Japan, as widely reported in the West, implemented chemical and biological warfare against the Chinese during the 1930s and 1940s, killing untold thousands.

More recently, at separate times since the 1960s bio and chemical warfare was widely used by the Pentagon against revolutionary Cuba (10). These acts are not well known today, and are routinely avoided in the Western mass media whenever US-Cuban relations are discussed. Also glossed over are the large-scale terrorist attacks perpetrated on Cuba, which stretch to the early 1960s (“Operation Mongoose”), and were authorised in November 1961 by president John F. Kennedy, thereafter organised on the ground by his brother Robert Kennedy (11).

Washington’s bio and chemical warfare campaigns against Cuba included the implanting of sinister maladies into the Caribbean island, like type II dengue virus and African swine fever, along with the introduction of other diseases, some of them fungal or parasitic.

Since 1962, Pentagon specialists were developing biological agents in sealed laboratories, with the specific aim to be used against Cuba. The Cuban leadership itself was aware from the beginning that their country was being plagued by harmful bacterium and chemicals. They also knew where it could most likely be traced to.

The country’s president, Fidel Castro, was usually situated at his headquarters in the capital Havana, whereby he was informed immediately that Cuba’s agricultural centres were under attack by suspicious infections. With Cuba already under the weight of an embargo enacted by the world’s strongest country, Castro’s reaction on hearing this news did not betray anger or dismay; but rather he received it in an austere, controlled manner.

Castro thereupon drove out to the affected area, be it a coffee plantation or sugar cane field, so that he could witness at first-hand the destruction and judge how to respond. On such occasions, which were increasing in frequency after the 1960s, Castro was often among the first to be present at the scene of the crime. It sometimes took the farm labourers, working a little distance off in the field, a few minutes before realising that it was in fact he, Castro, who had arrived in the vehicle in standing position – before he disembarked, looking around.

Some of the farm workers, approaching nearer to get a better view, then identified and pointed in amazement towards the tall, bearded man in full military attire, who was walking along the edge of the field. They then advanced, surrounding the Cuban leader, and their worries soon drifted away. Such was the effect on the masses that these major figures in world history produced, whenever they appeared on the scene unexpectedly, particularly in times of crisis.

Castro later said of Washington’s biological and chemical assaults on Cuba, “I mentioned the attacks with viruses – swine fever, hemorrhagic dengue – that made thousands of people sick and killed over 100 children. In the 1980s there were also biological attacks on our agriculture. For example, a parasite called blue mould attacked our tobacco crops; later, an unknown mould destroyed our best strain of sugar cane, the Barbados 4362, and 90 per cent of the crop was lost. Such a thing had never happened before”.

The Cuban president noted further that, “The same thing happened with coffee; other crops were infested with a parasite… which then attacked our potato crops. And there were other very destructive infestations like that, which caused many problems for our agriculture. It’s very hard to prove, but everything indicates that these disasters were not just coincidental; there was really malicious intent”. (12)

Indeed, it is virtually certain that these systematic attacks were directed from Washington. There were simply too many examples of it to be mere coincidence, with some diseases springing up in Cuba, like African swine fever in 1971, which had never before been recorded in the Western hemisphere.

Of the coronavirus, it is very hard to definitively prove the crucial circumstances behind its emergence. It can almost certainly be linked to human activity on some level. As the coronavirus spreads, on per capita terms Italy is to date comfortably the world’s worst affected country. With a population of 60 million, more than 60,000 Italians have so far contracted the coronavirus; with over 6,000 people in Italy having died. Even in this instance, though it is a clear tragedy, we are talking about a small percentage of 1% of the Italian people.