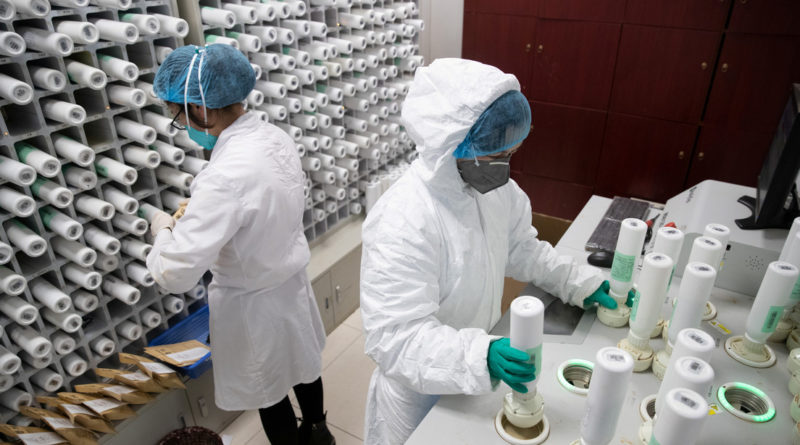 US officials ignore “the enormous sacrifices made by the Chinese people to safeguard the health and safety of all humanity,” according to Beijing.

Washington blames Beijing for its own failures in addressing the covid-19 outbreak, the Chinese Foreign Ministry has announced, responding to “racist” rhetoric of the “China virus,” a term repeatedly used by President Donald Trump in reference to the covid-19.

“Some people in the US are trying to stigmatize China’s fight against the epidemic and turn their responsibility over to Beijing,” Chinese Foreign Ministry spokesman Geng Shuang said during a press conference on Friday, referring to statements made by Trump and other top US officials.

His actions ignore, according to the spokesperson, “the enormous sacrifices made by the Chinese people to safeguard the health and safety of all humanity” and “go against the professional advice of the WHO and the expectations and efforts of the international community to fight the pandemic together.”

Furthermore, measures taken by the Chinese authorities to deal with the outbreak “have saved valuable time and provided valuable experience” for everyone, Geng said. Trump himself recognized it during a press conference last week, said the representative of the Chinese Foreign Ministry.

“Our efforts have saved valuable time for the entire world. However, even many US media and experts believe that time has unfortunately been wasted, and wasted on the US side,” Geng said.

“To stop handing over responsibility”
The spokesperson went on to list the multiple joint meetings between Chinese and American health officials in recent weeks, arguing that Beijing was doing its part to help Washington in the coronavirus outbreak, urging the United States to take responsibility for their own mistakes.

“We hope that the United States respects objective facts, respects international public opinion, does its part … stops slandering other countries and shifting responsibility and plays a constructive role in the fight against the epidemic,” Geng concluded.