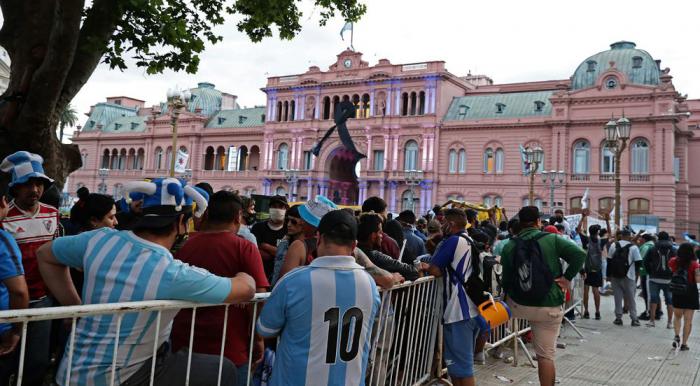 Like many in the world, French President Emmanuel Macron mourns the death of Maradona and unveils a text demonstrating football knowledge and not a little poetic sensitivity

November 27, 2020.- Like many in the world, French President Emmanuel Macron mourns the death of Maradona and unveils a text demonstrating football knowledge and not a little poetic sensitivity. Forty-five lines in which he traces a profile of today recognized as the best soccer player of all time. However, in the penultimate paragraph, it seems as if an unclassifiable air penetrates through some opening in the place where he writes and tenses his pulse: “Diego Maradona – writes the president – will also experience this popular joy in other areas. But his visits to Fidel Castro and Hugo Chávez will have the bitter taste of defeat; It is on the field where Maradona made the revolution.

The affirmative has the classic flavor of the pistol shot in the middle of a concert.

How is it possible to spoil the style like that?

Will the president know what the human relations between Maradona, Fidel and Chávez were?

We Cubans know this very well and that is why we have the right to take offense.

It would be necessary to begin by clarifying to him that they were not “visits”, because those encounters repeated over the years, at any time of day or night, and in which he radiated an admiration typical of brothers, cannot be classified as such.

All those images, words, statements inside and outside the country –many over time– are remembered very well and since the death of the Argentine star they have once again become topical in the world, where they are shown as testimony of a fraternity without fissure , because Maradona not only opted for the causes of the humble inherent in any Revolution that is respected, but also defended them until the last second of his life.

Why then offend the memory of our 10 and affirm that those visits will have “the bitter taste of defeat”?

Bitter taste for whom and from what perspectives?

Recognize Maradona’s Revolution only on the playing field and not outside, why?

In short, and with the utmost respect for the President, we should remind him that there are plenty of examples of what History will pick up as a sincere friendship free of gossip, examples that –as Voltaire said– “correct much better than reprimands”.

Featured image: Only a man who was never ashamed of his close friendship with Fidel and Chávez is worthy of a farewell as the people paid him. Photo: La Prensa