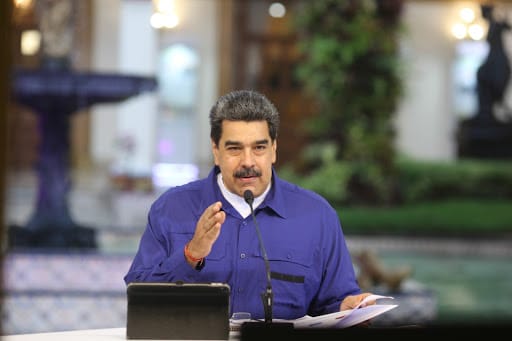 Venezuelan President Nicolás Maduro said this Sunday that he “agrees with everything that the intellectual Luis Britto García said” in the interview broadcast Sunday on the show Here with Ernesto Villega where he expressed the need for more controls and social comptrollership in the Venezuelan government. “A revolutionary government is the first that has to promote social comptrollership, social criticism and social control,” he said.

He asked the communication ministers, Freddy Ñáñez, and the Office of the President Jorge Márquez, “to put into practice this idea of ​​a powerful critical public opinion.”

In the interview Britto García pointed out, when asked about some of the objections he had to the Anti-Blockade Law, that it is better to have confidence in the government than distrust, but that “many of the problems we have in Venezuela today are due to the fact that we do not carry out appropriate control on time” and gave the example of Petróleos de Venezuela (PDVSA), a state company that produced 3,200,000 barrels of oil per day a decade ago and today produces 300,000. “How could we get to that situation without any external control saying that something strange is happening here?” Britto wondered.

The Anti-Blockade Law proposes the use of further controls, to which Britto García expressed its drawbacks: they are selective, by sample, and do not cover a large part of the Public Administration, including autonomous entities, State companies, foundations and communes.

He pointed out that a “culture of control” has to be created that prevents public property from being made available at the whim of the person who manages it. Asked if these controls should still exist in exceptional times like the current ones, the intellectual said that the controls are even more important because, at a time when resources are scarce, they have to be better used.