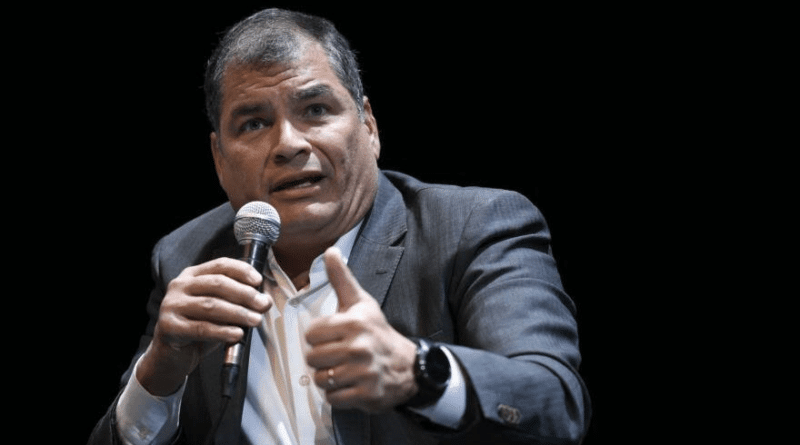 Former president of Ecuador Rafael Correa calls on the international community to monitor what is happening as Latin America faces a second Operation Condor.

“This is a call to the international community to overcome indifference and to see what is happening in Latin America. We are facing what we have called Operation Condor 2… that seeks to disappear all progressive Latin American governments in order to impose themselves,” Correa said in a video broadcasted this Saturday by the Venezuelan network VTV.

RELATED CONTENT: President Maduro Invites as Observers the Peoples of the World to Know the Truth About Venezuela (Internationalist Festival of Peoples Resistance)

The former president compares the current situation in Latin America with the 1970s, when “they had to impede at all costs the advances of progressive governments and did not hesitate to support the bloodiest military dictatorships.”

As Correa explained, the United States promoted coups in Brazil, Honduras, Paraguay, Ecuador and Bolivia in this century: “it is no coincidence that the jackboot of the military has destroyed democracy in these countries, making all progressivism disappear, and all that hinted at social justice,” he pointed out.

The good news, says the former president, is that despite all these years of destruction, unprecedented rhetoric and defamation, “our peoples already hold a point of comparison, it is no longer the same as in the 90s.” Progressive governments will return with policies of social justice, with sovereign and dignified policies that aren’t willing to let themselves be subjugated.

In another part of his statements, Correa pointed out once again that in Ecuador “there is no guarantee of clean elections next February.” Something similar, he added, is happening in Bolivia, where elections are just around the corner. “You have to be very attentive,” he warned.

Likewise, he says that, despite the immense popular support for peoples fighting for their sovereignty, in order to have clean elections “we also need international awareness and vigilance.”

Therefore, he asks to be attentive and overcome indifference. “Together and connected, we will defeat the empire, we will defeat capital; they have condemned us to subjugation, but the final victory will be for our peoples,” said the former head of state.