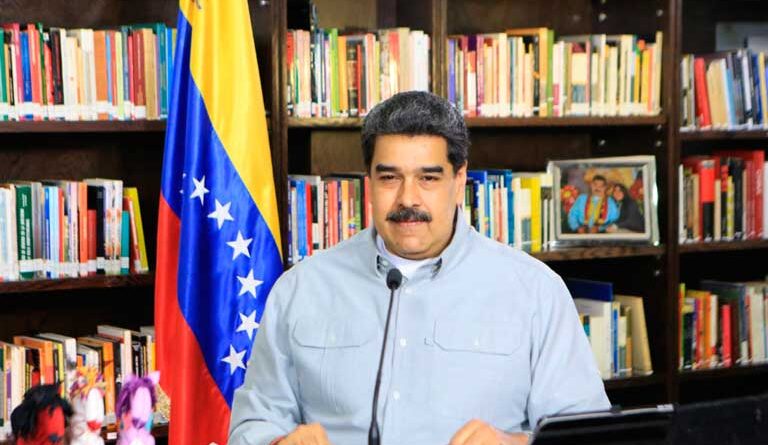 The president of the Bolivarian Republic of Venezuela, Nicolás Maduro, during his participation in the online forum Internationalist Festival of Peoples Resistance 2020 this Saturday, invited the social movements and organizers to the country, to come as international observers for the parliamentary elections scheduled for December 6.

“The parliamentary elections have the broadest electoral guarantees”, agreed in consensus with the political opposition organizations, “he said.

“Let’s get out the truth of a people who have refused to surrender, who will never surrender and who will continue in this battle for a world without empires, for a world where we can all live together, cooperate and build,” he said.

The president commented on the siege that the North American empire has led against Venezuela in recent years. “We have experienced an unconventional economic war, but also an armed one,” and he referred to Operation Gideon, an armed incursion by mercenaries, frustrated by the FANB last May.

He warned that Colombia is training more than a thousand mercenaries to attack the country, ahead of the elections on December 6.

“Medicines are being denied to us but we have found thousands of ways, and a thousand friends to get all the medicines we need and to produce them, to provide care absolutely free for all patients, we have a high level of control and progress, I send you a greeting of faith and of combat, of faith… We are building a multipolar and pluricentric world, a world where the force of the peoples’ opinion prevails above all.”

The dignitary asserted that “nothing and no one will be able to stop the great changes that are announced for this century,” which is why he ratified his commitment to the struggles carried out by the peoples against those who crave domination.

“It is our century, let us be aware of that, regardless of what imperialism does, regardless of what the pro-imperial western elites do, there is a truth of humanity, the truth of wanting equality, wanting peace, wanting changes, recognized in a single word: love, that unites all humanity.”