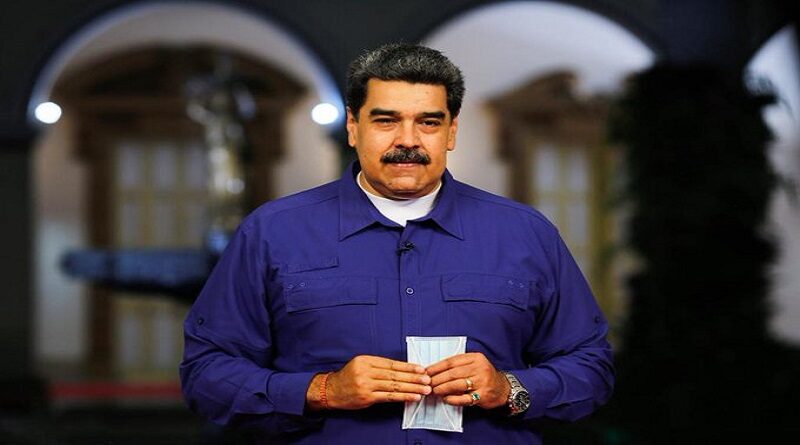 The president of the Bolivarian Republic of Venezuela, Nicolás Maduro, during his speech at the 2020 Internationalist Festival of Peoples Resistance , denounced that “at this moment in Colombia more than one thousand mercenaries are being trained under a directed operation, with the help of the intelligence structure of that country and under the protection of Iván Duque, to sabotage the political and electoral climate in Venezuela.”

The Head of State pointed out that Venezuela lives under the siege of the North American empire which seeks to sabotage, and in a grotesque way create a war in a country that will soon celebrate a new gala of democracy with the election of a new Parliament.

These parliamentary elections have “the broadest electoral guarantees”, agreed to in consensus with the political opposition organizations, “that is why I extend the invitation to all those who want to come as companions and observers with all the biosecurity measures to celebrate with us,” he said.

“Let’s get out the truth of a people who have refused to surrender, who will never surrender and who will continue in this battle for a world without empires, for a world where we can all live together, cooperate and build,” urged the Venezuelan President.

On the other hand, he stressed that Venezuela lives in resistance, struggle and hope, with the certainty that a new world is possible, where the imperialist wars and wars of conquest can be put to an end, the threat of the use of force against the peoples of the world.

“A world where we achieve true equality between human beings, a world where we can advance the full exercise of social rights, of real human rights. A new world is possible,” he stressed during his speech at the Internationalist Festival of Peoples in Resistance.

RELATED CONTENT: America on Cusp of a Civil War: No Matter who Wins the Election, There Will be no Peaceful Transfer of Power

In addition, he stressed that “we are building a multipolar and pluricentric world, a world where the force of the people’s opinion prevails over everything.” In this sense, he specified that this new scheme advocates the end of “imperialist wars, wars of conquest, threats of use of force against the peoples.”

The dignitary asserted that “nothing and no one will be able to stop the great changes that are announced for this century,” which is why he ratified his commitment to the struggles carried out by the peoples against those who yearn for domination.

“It is our century, let us be aware of that, regardless of what imperialism does, regardless of what the pro-imperial western elites do, there is a truth of humanity, the truth of wanting equality, wanting peace, wanting changes, to recognize oneself in a single word: love, that unites all humanity ”, he stated.