President Maduro held a meeting with the Colombian foreign minister to advance the cooperation agenda for the benefit of both nations. Leyva arrived in Venezuela on Tuesday to fulfill a work agenda in the country and was received at the Simón Bolívar International Airport by his Venezuelan counterpart, the Minister for Foreign Affairs Carlos Faría.

Minister Leyva’s visit coincides with a meeting in Caracas between the Colombian peace commissioner and the National Liberation Army (ELN) delegation, in which they signed a statement, mediated by Venezuela as guarantor of the dialogue for peace, announcing the resumption of peace negotiations.

In a statement from the Venezuelan Ministry for Foreign Affairs: “The Bolivarian government of Venezuela aspires to consolidate this new effort between parties, so that the people of Colombia overcome this long period of conflicts that would strengthen Latin America and the Caribbean as a zone of peace, making progress in the Bolivarian effort of union and prosperity of our peoples.” 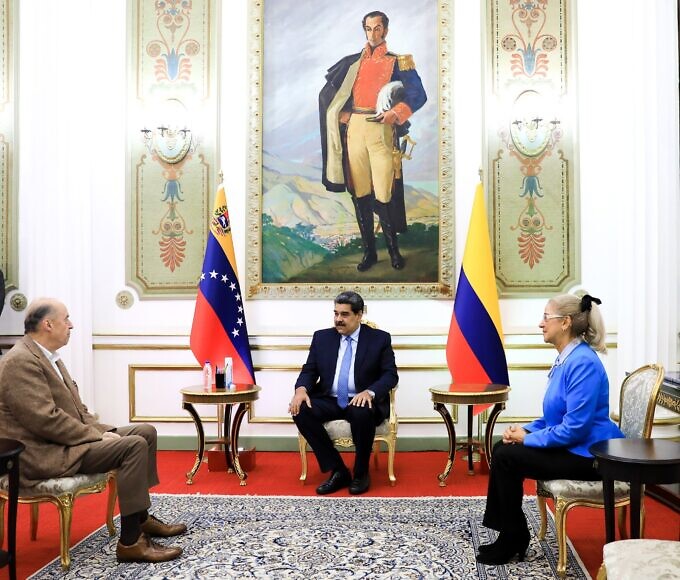 Minister Faría, through his Twitter account (@Fariacrt), highlighted the welcoming of Foreign Minister Álvaro Leyva, “with whom we continue to work to advance the agenda designed by our presidents Nicolás Maduro and Gustavo Petro.”

Venezuela and Colombia resumed diplomatic relations at the end of August after both nations appointed ambassadors, with the exit of the extreme-right Colombian president, Ivan Duque. Economic relations were restored on September 26, when the border between the two countries was reopened.