Panoramic view of the peace negotiation table and the delegates from Colombian government and the ELN during the signing of the agreement to resume the peace talks between both parties, Caracas, October 4, 2022. Photo: Leonardo Fernandez Viloria/Reuters.

This Tuesday, October 4, in Caracas, Venezuela, the government of Colombia and the National Liberation Army (ELN) signed an agreement to resume the peace process. Antonio García, first commander of the ELN, explained at a press conference held at the Aquiles Nazoa Cultural House, in Caracas, that this process has been going on for 10 years and, given the new political reality in Colombia, the negotiations should be relaunched. The agreement indicates that the dialogue process will be formally resumed in the first week of November.

The current talks began from the points of agreement dating back to March 30, 2016 in Cartagena, Colombia. García said that there is an agreement on international participation and it will continue with rotating venues such as the Kingdom of Norway, Venezuela, and Cuba, which will be guarantor countries, while a Verification Mission of the United Nations Organization (UN) and the Catholic Church will act as special guests.

“We will keep the structure of guarantors that was agreed upon,” García said. “The deals are likely to open up other opportunities. Now we are returning to the path of trust and security.”

He added that this process resumes the path that was built based on international law and in coordination with the Colombian government. He expressed the desire for society to participate in building a scenario for democracy, since he asserted that the negotiation processes seek changes.

García explained that one of the central issues will be weapons, both those used and how the Colombian State uses them. “In Colombia, we are facing a reality that there are armed groups that respond to other motives different than those of a political organization such as the ELN, which has ethics, structure and responds to its actions,” he said. “There are also other criminal groups, linked to paramilitarism, and many of them were created by the state.” 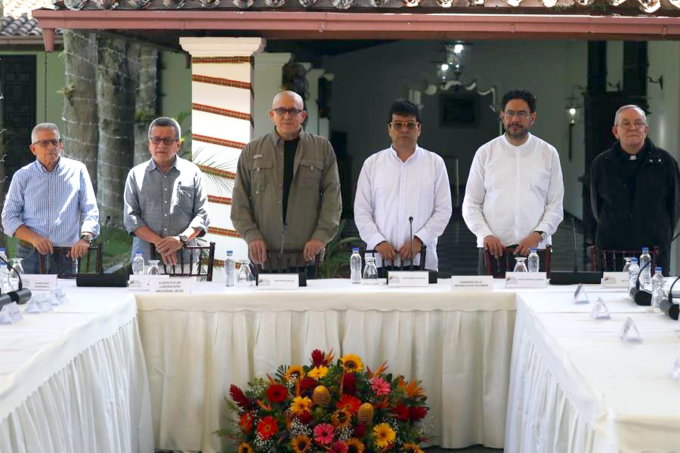 For his part, Iván Danilo Rueda, Colombia’s high commissioner for peace, noted that since August 7, when Colombian President Gustavo Petro took office, conditions for respect for the state and the Constitution have been resumed. He stated that the purpose of the peace talks is to be effective, and to enable a situation that could improve the lives of the Colombian population.

In addition, he said that this process seeks not only humanitarian measures, but also the consolidation of a fair, social, environmental, and economic democracy. He emphasized that they are currently in the phase of building trust, and that agreements will be communicated to Colombia and the world. He stressed that “Venezuela is the guarantor of the word of the Colombian government and the word of the ELN, and what is agreed on by both parties.”

At the beginning of September, during a working day, the president of the Bolivarian Republic of Venezuela, Nicolás Maduro, explained that his Colombian counterpart, Gustavo Petro, sent him a letter requesting that Venezuela be the guarantor of the process. Maduro subsequently confirmed his complete commitment to supporting the peace negotiation.

Talks with the ELN is one of Petro’s campaign promises, and one of his first decisions when he took office on August 7.

“The peace talks between our government and the ELN, together with the guarantor countries of Venezuela, Cuba, and Norway, are officially resumed in Caracas,” President Petro announced on his Twitter account.

Venezuela was also a guarantor of the peace process that took place in Cuba, in 2016, between the government of former Colombian President Juan Manuel Santos and the Revolutionary Forces of Colombia (FARC-EP).

This dialogue process was interrupted on January 18, 2019 when the Colombian president at the time, Iván Duque, announced the breakdown of talks due to the car bomb attack perpetrated against the General Santander Cadet School located in Bogotá. The action caused the death of 23 people and injured almost 100, according to official versions. 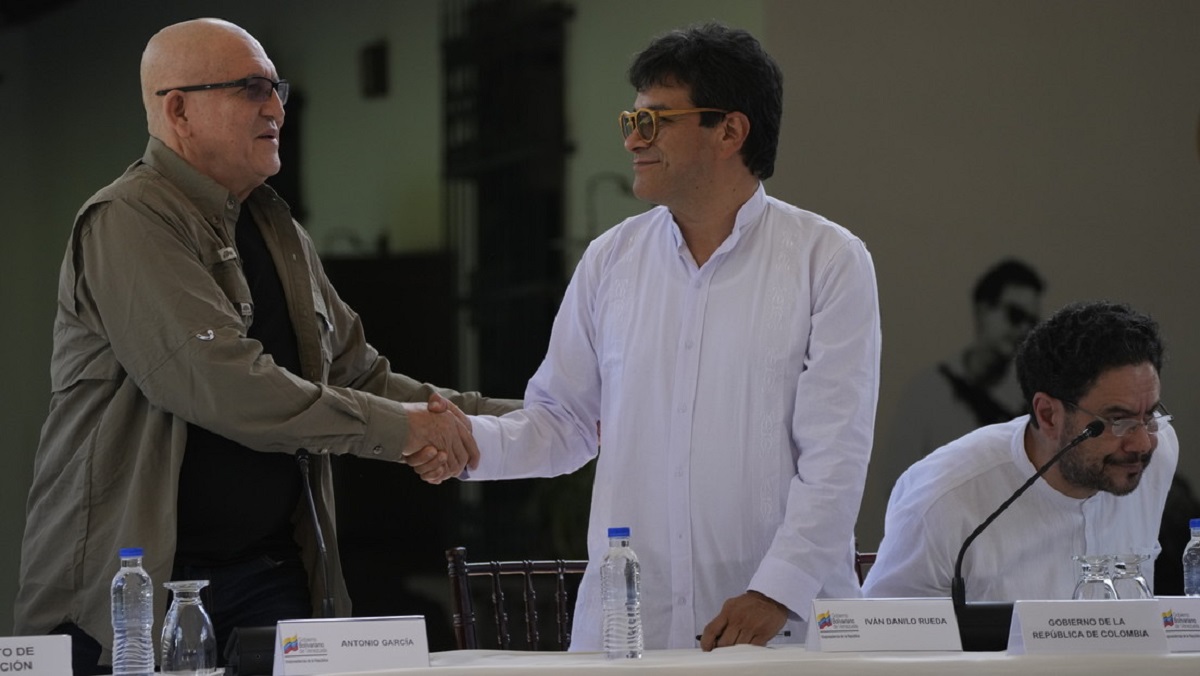 The ELN took full responsibility for the car bomb attack, explaining that it was a response to the Duque administration’s violation of a Christmas cease fire with the attack of an ELN post on December 25, 2018, and arguing that the school was a military objective where counter-insurgency troops are trained.

In pursuit of this re-establishment of the dialogue, Gustavo Petro signed a decree that allows “ELN negotiators to reconnect with their organization, suspend arrest and extradition orders to try to build peace talks, and stop being an insurgent guerrilla in Colombia,” reported Iván Velasquez Gómez, Colombian defense minister, on August 20.

The Colombian ambassador to Venezuela, Armando Benedetti, clarified that the suspension of the arrest warrants covered “only the negotiators, not the members of the ELN.” He referred to it as “the first step, not the last, of a peace process.”

Colombian foreign minister arrives in Caracas
In the framework of the peace negotiations held in Caracas, Colombian Minister for Foreign Affairs Álvaro Leyva Durán arrived in Caracas on Tuesday afternoon.

The top Colombian diplomat was received by his Venezuelan counterpart, Carlos Faría, and a meeting with President Maduro was announced as part of his schedule.