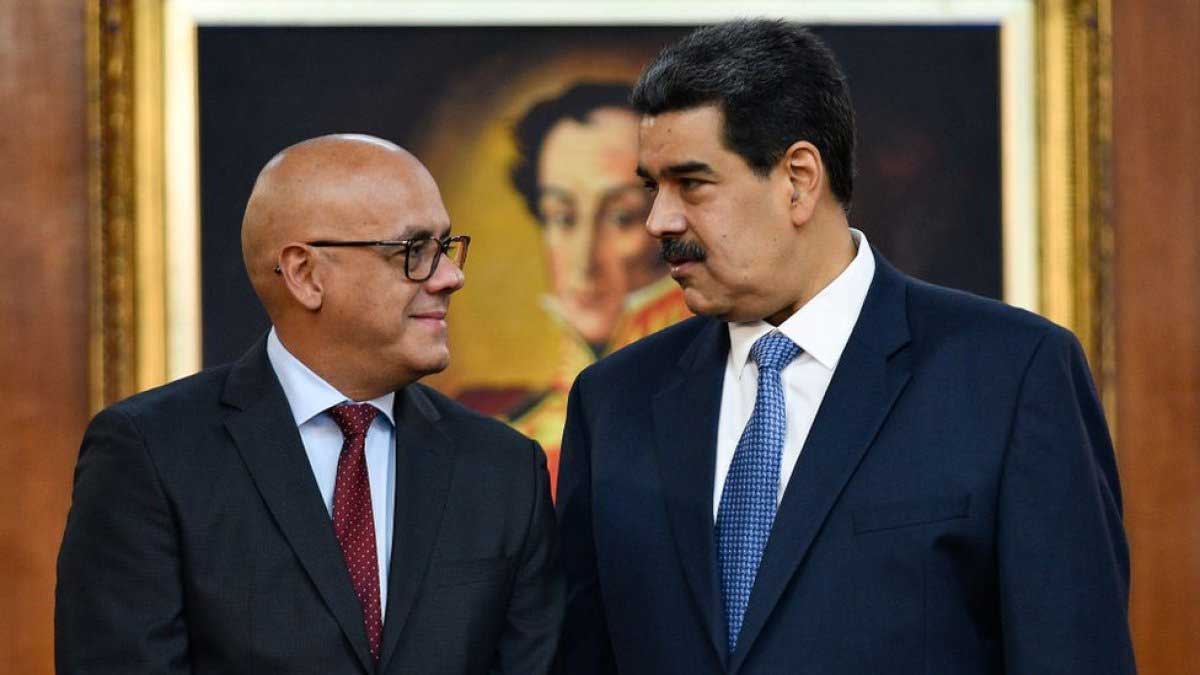 The President of the Bolivarian Republic of Venezuela, Nicolás Maduro, responded ironically to fake news reporting an alleged meeting of Jorge Rodríguez with US officer Richard Grenell in Mexico City, to “negotiate the departure of the president of Venezuela.”

The Bloomberg piece, written by Nick Wadhams and Patricia Laya, tries to present a scenario in which President Maduro, for undisclosed reasons, might be trying to negotiate his abandonment of the presidential office in Venezuela, though there are no objective reasons for him to do so. The most interesting paragraphs of the piece are:

Richard Grenell, the former Acting U.S. director of National Intelligence and ambassador to Germany, and Jorge Rodriguez, a Venezuelan politician who is close to Maduro, met in the Mexican capital, according to four people familiar with the matter. Secretary of State Michael Pompeo and the rest of the State Department weren’t told about the trip beforehand, according to two of the people.

U.S. officials gave conflicting accounts on whether Grenell’s trip to meet Rodriguez was authorized, although two people familiar with the matter said Trump’s national security adviser, Robert O’Brien, signed off on it with the president’s blessing.

The Trump campaign has been courting Venezuelans who fled their country and became U.S. citizens. Many live in Florida, a battleground state where elections are often decided by slim margins.

“Jorge supposedly was preparing my departure, yes, my departure to the beach with Cilia,” joked President Maduro, who briefly mentioned the incident during the meeting with candidates for the National Assembly of the Great Patriotic Pole (GPP) on October 22.

The right-wing smear piece by Bloomberg, published on Wednesday, claimed that Rodríguez would have been in talks with the former Acting Director of National Intelligence of the United States and Ambassador to Germany Richard Grenell, last September, for the alleged peaceful surrender of Maduro.

“One can’t see a single reason at this moment for President Maduro to do something like that, he’s been able to atomize Venezuelan opposition to unimaginable levels, he’s about to regain majority in the National Assembly, and the US has too many problems to launch what some analyst have called an “October surprise.” Upon analyzing the Bloomberg piece, it’s possible that the article was not designed to attack President Maduro, but Donald Trump’s campaign, making people in Florida believe that he’s soft and willing to negotiate with Venezuelan authorities. No one really knows what’s behind the motivations of mainstream media, but many times they are very far from the truth,” an international affairs analyst told Orinoco Tribune.