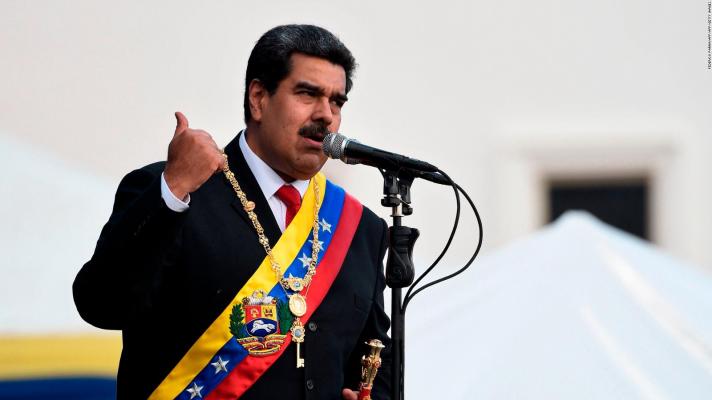 In an interview with Argentine journalist Juan Carlos Molina that aired on his radio program Rompiendo Moldes, Venezuela’s President Nicolás Maduro was asked about the relations between Buenos Aires and Caracas. This led to a description of the current bilateral situation and a request to his counterpart, Alberto Fernández.

The following excerpts capture the Venezuelan president’s most significant remarks.

Furthermore the Venezuelan head of state mentioned that “Venezuela is a country that has entered into a period of peace and has now begun an electoral process,” and he added that because of this “we are in the crosshairs of the oligarchy.”

“Biden didn’t scale back any of the sanctions imposed on Venezuela,” added Maduro. “Many US citizens voted for change and unfortunately we haven’t seen that change.”

He also addressed the topic of Venezuelan migrants. “It was an escape valve for the 600,000 to 900,000 Venezuelans who left because of the extreme situation that Donald Trump put us in,” said Maduro. “They are economic migrants. I have sent them a message: come to your homeland. They are welcome here. If they have left Venezuela they shouldn’t speak poorly of their country. I wish them all luck and hope that they don’t fall in with the right-wing.”

He also remarked that “thanks to India, China, and Russia we were able to bring medical supplies to fight COVID. We had to triangulate and Remdesivir cost us three times more than it should have, thanks to the United States’ efforts to keep us from buying it. But here we are, we resisted.”

To conclude, President Maduro explained that “Venezuela is producing 100% of its own food” in spite of the blockade: “We didn’t export a single drop of petroleum for 14 months, but we learned how to do a lot with very little, we did a lot with nothing.”