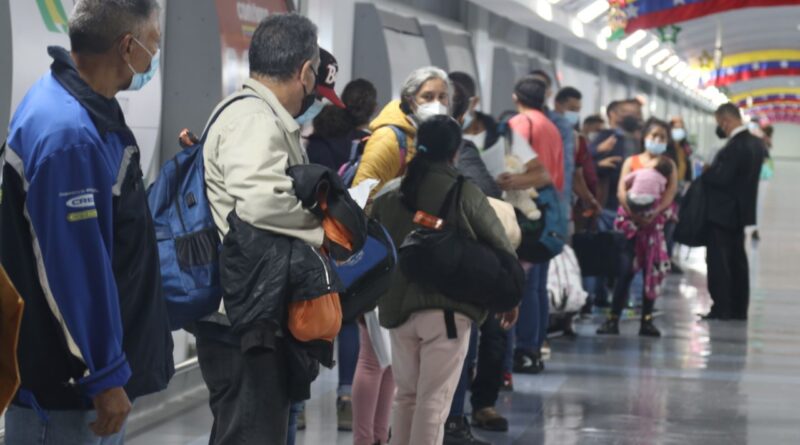 The Venezuelan government, by virtue of its commitment for the protection of Venezuelans abroad, in coordination with State airline CONVIASA, facilitated the safe return of 94 Venezuelans from the Republic of Ecuador, free of charge, as part of the Vuelta a la Patria (Return to the Homeland) program.

Among the repatriated Venezuelans are children, adolescents, adults and the elderly, natives of the states of Zulia, Yaracuy, Trujillo, Táchira, Sucre, Nueva Esparta, Monagas, Miranda, Mérida, Lara, Carabobo and the Capital District, according to a press release.

During their boarding at the José Joaquín Olmedo International Airport, which serves the city of Guayaquil, Ecuador, the Venezuelans followed the mandatory requirements of the biosafety and medical protection measures of the World Health Organization (WHO), and the usual post-pandemic procedures for international travel.

Plan Vuelta a la Patria: a design of humanity
The head of the Venezuelan embassy in Ecuador, Pedro Sassone, urged the 94 Venezuelans to reflect on what they have had to live in Ecuador and on their future in Venezuela.

“It has not been easy, it has been complex due to the economic situation in Ecuador, especially the low possibility of obtaining jobs. So let your families know what it means to be a migrant,” said the diplomat during his farewell speech.

Further, he described the Vuelta a la Patria program as a design of solidarity, care and humanity, which can be chosen voluntarily and whose premise is social reintegration through the different programs that are currently being implemented by the Chavista government.

“So I invite you to return optimistic to Venezuela and to work for it, to rebuild what one day you had to leave behind,” he stressed. The operations of the Vuelta a la Patria program respond to the high demand of requests by Venezuelans who have suffered discrimination, xenophobia or violation of their fundamental rights, in countries of the region.

The Foreign Affairs Minister of Venezuela, Félix Plasencia, reported the return of the Venezuelans from Ecuador through the Vuelta a la Patria program, specifying that it was carried out in coordination with the Venezuelan airline CONVIASA and as part of the strengthening of the plan launched by President Maduro’s administration.

“Venezuela welcomes you back with open arms,” was Minister Plasencia’s message for his returning compatriots.

Since its launch three years ago, the humanitarian program has achieved the repatriation—free of charge—of more than 26,000 Venezuelans, of them, 10,000 since the beginning of the COVID-19 pandemic: