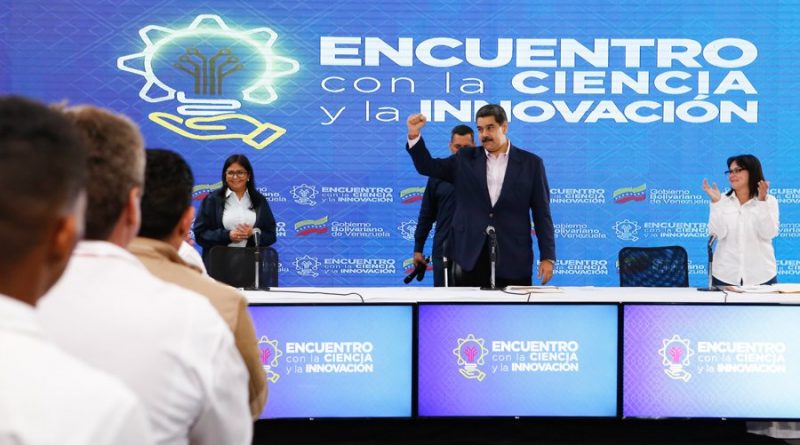 News Security and Defense
October 19, 2019October 19, 2019 orinocotribune anti-chavismo, coup d’etat, guarimbas, it is going to be very hard though, the only option they have, violence

Venezuelan President Nicolás Maduro said Wednesday that he will present evidence in the next few days that the opposition plans to conduct new “guarimbas” or violent protests next November. “I have evidence of guarimbero attempts that are intended for November. The jail awaits them, justice. It is what awaits those who get into ‘guarimbas’ again,” the head of state said Wednesday during a meeting with the country’s scientists.

Maduro said that he will present in the next few days evidence of these destabilizing plans of the opposition, and he made it clear that he will take all the necessary measures to guarantee peace in the country, and stressed that in Venezuela, there is a majority that does not follow violent pathways.

“We are focused on working for Venezuela. I always say that when there are new threats of guarimbas, of violence, that the country’s great vaccine is work and production,” he emphasized.

The violent protests, known as guarimbas, of 2014 and 2017 consisted of demonstrations encouraged mainly by the United States, with the failed objective of taking Maduro out of power.

RELATED CONTENT: A Silenced Unrest in Ecuador? The Media’s Culpability

The guarimbas of 2017 – initiated in April of that year – were concentrated in 51 municipalities of the country and lasted more than four months. They left a total of 172 dead, thousands of injured and millionaires destroyed, in addition to causing serious damage to the infrastructure of the South American country.

The government of President Nicolás Maduro has accused Washington of being behind the destabilizing plans in Venezuela, to replace the legitimate government with a new one that is submissive to its orders.