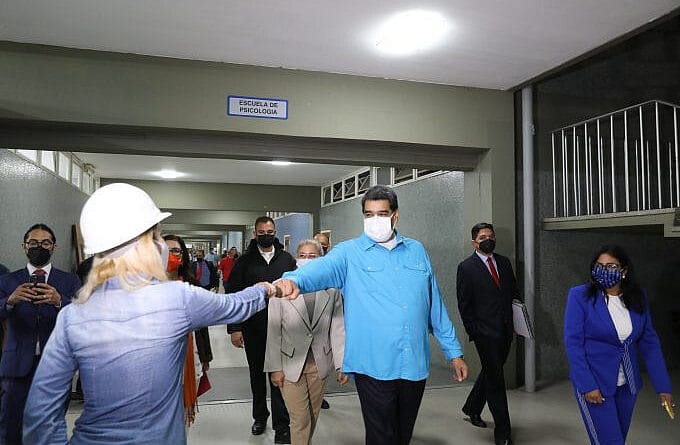 On Thursday, October 21, President Nicolás Maduro visited the Central University of Venezuela (UCV) campus in Caracas, to inspect the ongoing renovation works at Venezuela’s oldest institute of higher education. After his visit, President Maduro stressed that the renovation of this World Heritage Site will be a cause for reconciliation and educational and cultural benefit for Venezuela. In videos posted on his Twitter account this Friday, the president expressed his congratulations to “the entire Presidential Commission, the workers and the students involved for the coordinated work they are doing towards a recovery, rescue and reconstruction of the UCV.”

According to information released by the university authorities, on Thursday, President Maduro, accompanied by the special commission created on July 2 for the recovery of the university, inspected the renovation works. He pointed out that “the renovation is going from strength to strength,” and added that the Ciudad Universitaria campus “had been abandoned for years. However, we are recovering it through the Gran Misión Venezuela Bella program.”

Recovery of 346 classrooms for a return to classes for 16,000 university students
The president of the Gran Misión Venezuela Bella program, Jacqueline Faría, informed that 346 classrooms at UCV have been rehabilitated though the special commission created by the government for the purpose of a comprehensive campus recovery. She reported this during a telephone interview with the Venezuelan television channel VTV. 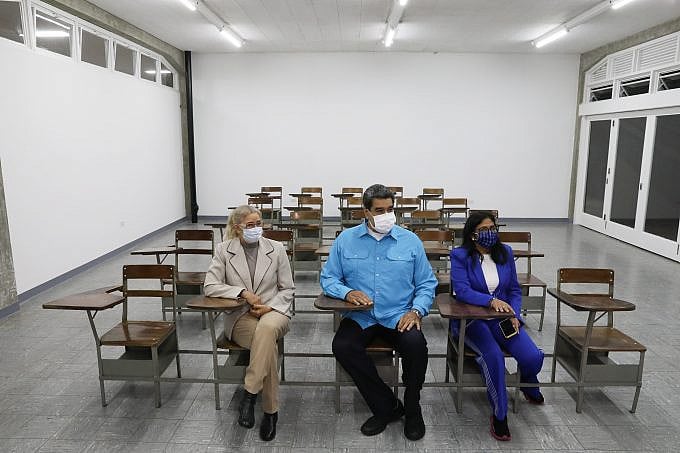 “We have already recovered 346 classrooms that will be used by 16,000 students,” remarked Faría. “Since August 3, we have dedicated our efforts to diagnosing, evaluating and acting accordingly. So far, in 164 hectares of the campus, we already have 44 sites for renovation work. At the beginning, going in here [the campus] was like an odyssey.”

Faría announced that the university dining hall will be inaugurated soon. The dining hall has a capacity of 2,000, or 6,000 in three batches. Additionally, renovation work will continue for a total recovery of the campus, including a renovation of transit ways. 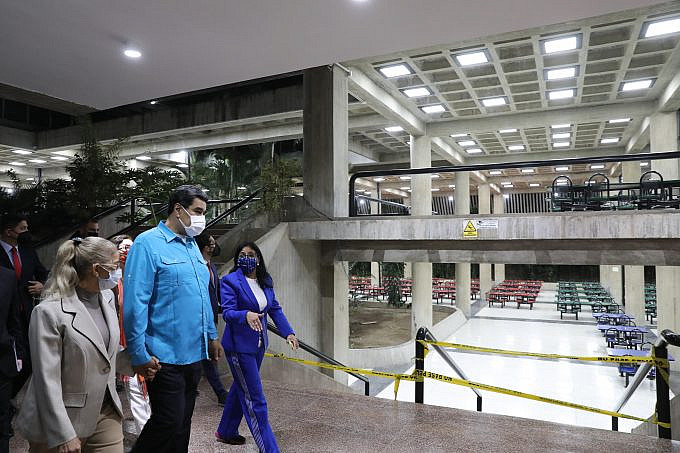 Faría explained that the deterioration of the university campus, which had been declared a UNESCO World Heritage Site in 2000, was due to a “lack of love for this campus,” comprised of 126 buildings belonging to 9 faculties. “It was not appealing to come here. This campus has more than 20 years of continuous deterioration,” Faría stated and added that, after 2 and a half months of refurbishment, the renovation has already advanced, and corrected the effects of the deterioration to the works of art in the campus.

Moreover, Faría mentioned that they had found alterations in buildings and designs, “where vandalism had been committed, rooms where original colors and textures had been changed from what was decreed in its heritage status. A mural by Alejandro Otero had been divided to make way for three offices.” 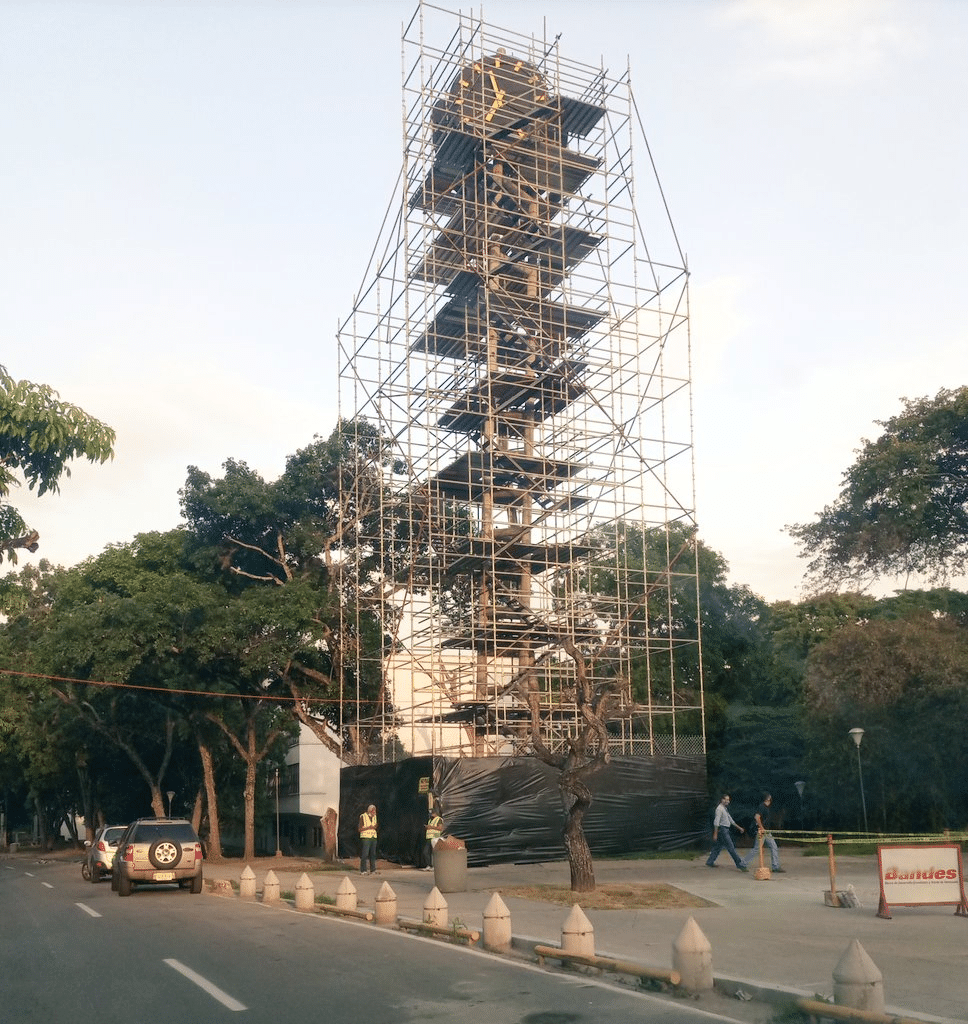 Regarding the Rectorate Clock, Faría stressed that its base has suffered a 60 centimeter torsion as well as having concrete carbonation and corroded steel. “We have to build it all over again, but we are committed: it [the clock] will work again.”

The special commission created to safeguard the UCV campus and all the structures, is presided by Vice President of Venezuela, Delcy Rodríguez, and is composed of a number of cabinet authorities. The renovation and beautification works began in August, starting with a refurbishment of the common spaces and green areas, with the removal of weeds and debris.

In 2019, the government had approved the use of resources to recover the UCV, as part of Gran Misión Venezuela Bella‘s approach plan. 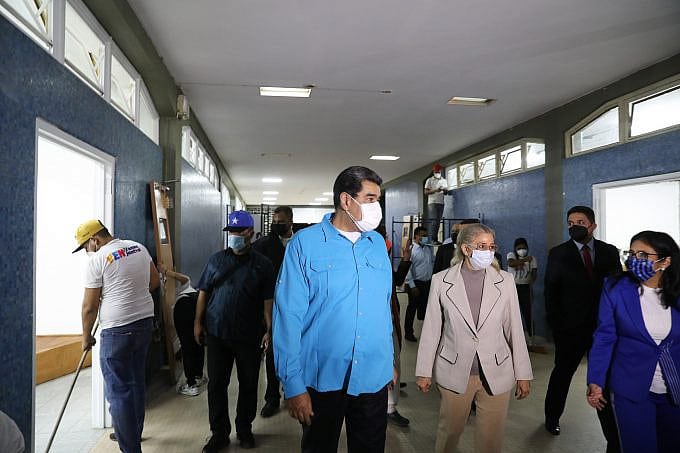 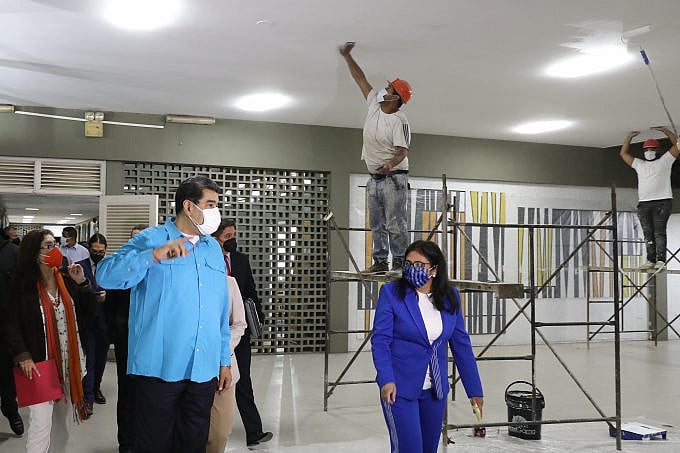 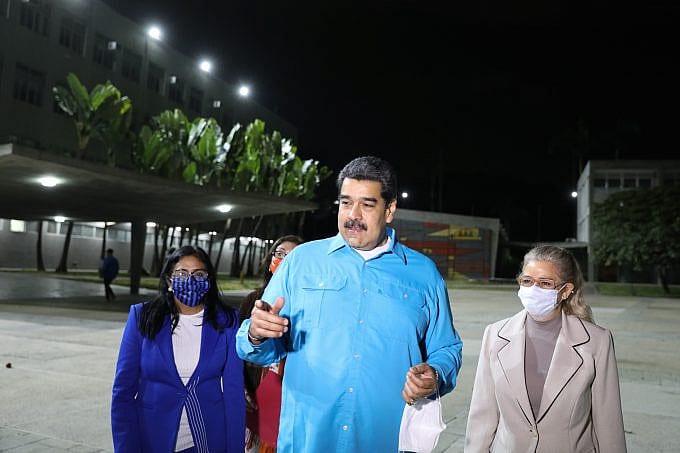 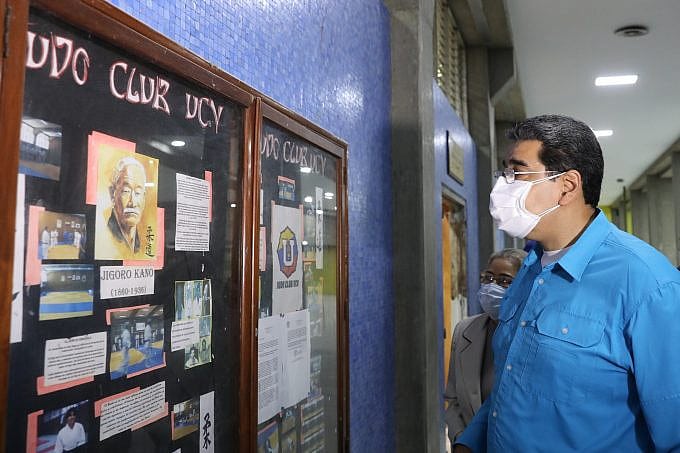