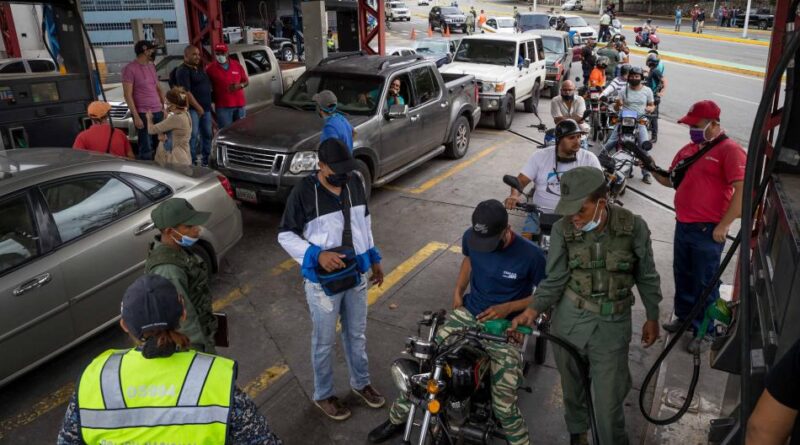 Caracas, October 23, 2021 (OrinocoTribune.com)—The price of subsidized gasoline has been adjusted in Venezuela to Bs. 0.10 [one tenth of a bolívar] per liter, according to information posted by the state-owned oil company Petróleos de Venezuela (PDVSA) on its social media accounts this Saturday, October 23.

RELATED CONTENT: President Maduro Announces New Gasoline Prices: There Will be a Subsidized and an International Price

The change in the price of the subsidized gasoline represents an increase of about 2,000%. Many analysts see the measure as a necessary one, taking into consideration that filling a regular 50-liter tank of gasoline at the old price cost Bs. 0.25, equivalent to approximately six cents in US currency. At the new rate, filling the same tank will cost five bolívars, equivalent to approximately $1.20 USD.

In an official statement, PDVSA informed that “as of Sunday, October 24, 2021, the price is established in the amount of ten céntimos (Bs. 0.10) for each liter of fuel, equivalent to 95% direct subsidy that the National Executive has been granting through the Patria System,” the platform that is used to handle the subsidized price.

PDVSA, the Venezuelan oil company sanctioned by the US, has struggled since 2019 to recover the level of production of nationally produced gasoline, due to the seizure of CITGO in the United States that provided light gasoline needed for the mix of crude necessary for the refining process, and also due to the US and European blockade that forbids PDVSA from procuring spare parts, technology, and other items necessary to produce gasoline.

Recently Carlos Mendoza Potella, a Venezuelan oil expert, explained in an interview to Unión Radio that the scarcity of gasoline will persist for several more months until PDVSA can secure a stable input of light oil or condensate that is needed for the production of gasoline from the heavy Venezuelan crude. The reality on the ground in Venezuela is that lines of cars waiting to put gas in their tanks are getting longer every day and it is more difficult to access it, even if one has enough money to pay for the oil sold at international prices.