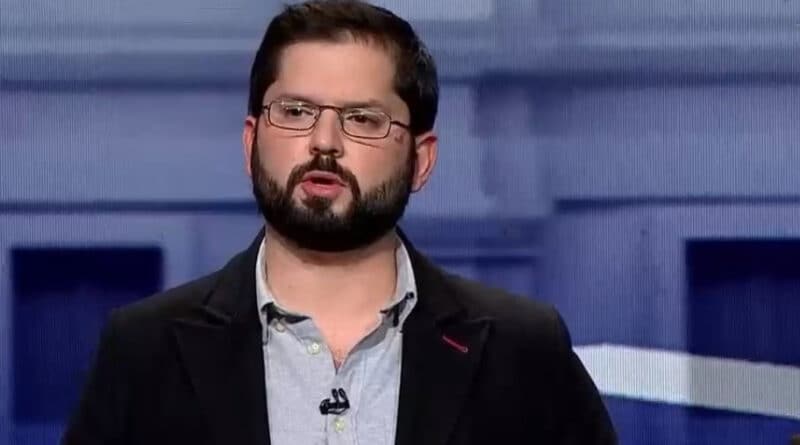 The 1973 U.S.-supported military coup against Chile’s socialist government and the murder of President Salvador Allende may be old history. The Pinochet dictatorship ended in 1988 and democratic forms—elections, political parties, debate—are in place. And Chile’s economy, recovering from the pandemic, is booming.

For the U.S. State Department, Chile is now “a leader in promoting respect for the rule of law, economic stability, education, environmental protection, human rights, and sustainable development.” Besides, “Bilateral trade in goods and services between the United States and Chile were worth approximately $31.1billion in 2020.”

But turmoil and volatility prevail, as evidenced in presidential elections taking place on Nov. 21, continuing street demonstrations, and preparations for a new constitution.

Elections at hand
Gabriel Boric, narrowly favored to win Chile’s presidency, was a leader in the student uprisings of 2011-12. He’s been a parliamentary deputy since 2014 and the first to enter parliament without party affiliation. In 2016, Boric founded the Autonomous Movement.

Boric scored a 60% plurality in primary elections in July. The Broad Front coalition, which supported Boric, was competing with the Communist Party-led coalition behind Daniel Jadue, mayor of Recoleta. Jadue led in opinion polls during most of the campaign. The Communist Party now supports Boric as the candidate for Approve Dignity, a new and enlarged leftist coalition.

A lawyer and former parliamentarian, Kast is said to be homophobic, an opponent of women’s rights, and a climate-change denier. He supposedly admires Brazilian President Jair Bolsonaro and former U.S. President Donald Trump. Critics regularly characterize Kast as fascist or neo-fascist.

His father Miguel Kast, a German Army officer in World War II, emigrated to Chile, established a large family and, with his sons, founded a restaurant chain, a food manufacturing company, and accumulated large landholdings. Family members have been politicians, economists, and bankers.

In 2006, lawyers in Panama, a so-called “fiscal paradise,” assisted the Kast family in reconstituting their assets. José A. Kast departed from the family businesses with a “patrimony” of $4 billion.

Reports have surfaced alleging that immediately after the Pinochet-led military coup of 1973, Kast’s father and brother Miguel participated in, or failed to stop, the disappearances of leftist agrarian-rights agitators active in Paine, the Kasts’ rural home base.

Presumably, the 20% of Chileans who accounted for 51% of income generated in 2017 overlap with the 20% of the electorate who think favorably about the former dictatorship. Presidential candidate Kast fits into at least one of these categories, maybe both.

The demonstrators were memorializing Oct. 18 in 2019. That day over a million people filled newly-named Dignity Plaza in Santiago, and large demonstrations took place throughout Chile. Violence at the hands of carabineros led to 34 deaths, and, bizarrely, 450 or so serious eye injuries. The onset of the COVID-19 pandemic ended regular protests five months later, although they’ve continued sporadically.

Then and now, demands center on social and economic opportunities for young people, women, and indigenous peoples, on pension reform and the release of political prisoners. Protesters have denounced neoliberal changes introduced during the dictatorship, such as privatization of education, health care, and pensions, austerity, deregulation, and sell-offs of water rights, and publicly-owned mineral, fishery, and forest resources.

All along, they’ve condemned the abuse of Chile’s indigenous peoples, a prime cause of instability in Chile. The Mapuche people, excluded from Chilean society, have suffered oppression since the late 19th century when Chile’s military invaded the four southern provinces where they lived. Oppression accentuated recently as corporations commandeered natural resources and carabineros cleared the way.

President Sebastian Piñera on Oct. 12 announced a state of “emergency” as troops occupied Mapuche regions. The Mapuche demand autonomy and return of their land.

Protesters have called upon Piñera to resign. In mid-November 2019, he met with representatives of political parties. Rattled by the massive street demonstrations of the previous few weeks, he agreed to preparations for a new constitution, a longstanding demand.

From the viewpoint of progressives, the convention’s main burden is to remove or replace provisions of the Pinochet-era constitution. Targeted particularly are provisions authorizing neoliberal reforms. The hope also is that a new constitution will no longer enable the harsh policing and judicial measures used now to repress political dissent.

Delegates are divided equally between men and women. A Mapuche woman, Elisa Loncón, is presiding, and seats are reserved for indigenous peoples. In the May elections, the center-right gained 37 seats; the leftist Approve Dignity coalition, 28 seats; a center-left coalition, 25 seats; and independents and the indigenous, 65 seats.

Opinion polls in Chile have shown massive popular distrust of political parties. Unaffiliated activists and others associated with social movements participated in preparing for the referendum authorizing the Constitutional Convention. Insofar as a two-thirds majority is required for approval of new constitutional provisions, and what with the unpredictability of unaffiliated delegates, it’s far from certain that the new constitution will bring about much progressive change.

RELATED CONTENT: UN Expresses Concern over Militarization of Southern Chile that Claimed the Life of a Mapuche Youth

Whether a new constitution leads to significant change or not, troubles won’t soon disappear. As a harbinger of things to come, the “Reject” voting bloc, losers in the referendum authorizing the convention, has launched a social media slander-barrage against delegates and the convention’s president.

Class conflict will be continuing. The undiminished political strength of the extremely wealthy makes that so.

Incriminating information recently emerged from a new investigation of the “Pandora Papers” scandal involving money stored in various tax-free havens. According to alainet.org, President Piñera, during his first presidential term in 2010, “sold his 33% ownership share in the Domino [mining] project to his friend, convict Carlos Alberto Délano, for $152 million … He received $14 million which was deposited in his account in Santiago. The balance, $138 million, was deposited in a Virgin Islands fiscal paradise, along with most of his fortune.”

The amount included a $10 million payment conditioned on “there being no modifications in environmental legislation that would reduce production.”

Piñera’s net worth as of Oct. 27 was $2.8 billion. Chile seemingly incorporates two worlds different enough to be irreconcilable. One is the world of students, unionists, teachers, women, indigenous people, and others protesting in the streets. The other is that of Piñera, J.A. Kast, the Harvard Economics Department, and the University of Chicago.

But why the Harvard Economics Department? The title of Piñera’s Ph.D. thesis presented there was: “The Economics of Education in Developing Countries: A Collection of Essays”. According to a biographyproduced by Chile’s government in 2013, the president “understood that this social science (economics) was a formidable tool to help improve the quality of life of the less fortunate.”

And why bring in the University of Chicago? That was where graduate student Miguel Kast, J.A. Kast’s brother, learned about saddling Chile with neoliberalism; he was a “notableChicago boy.”