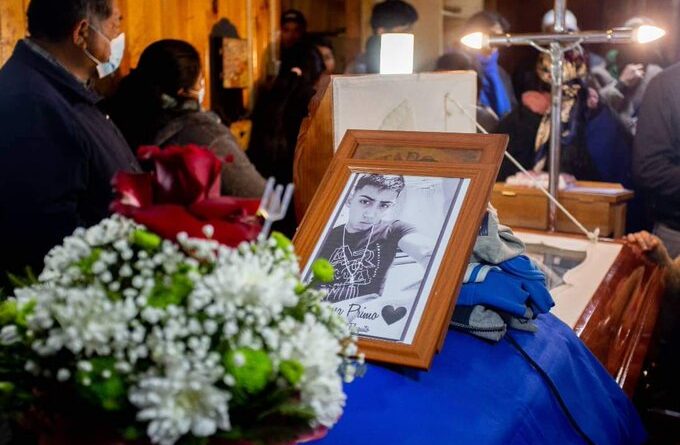 The Office of the United Nations High Commissioner for Human Rights (OHCHR) for South America has issued a statement condemning the militarization of southern Chile which led to the death of a Mapuche community member, calling it an “unfortunate and worrying situation.”

According to the statement, “OHCHR regrets the death of a Mapuche community member from the Cañete Commune, in Biobío Region [in southern Chile] and expresses its concern over the militarization in the area and the escalation of violence.”

The UN body stated that it had received information about the death of Jordan Llempi, a 23-year-old Mapuche man who was killed on November 3 during an altercation at a police and military vehicle control checkpoint in Cañete.

Moreover, it has been confirmed that three persons were injured by gunshots, one of them a minor, due to police operations in the area.

Jan Jarab, representative of the UN human rights body, demanded in the statement that “a rapid, exhaustive, rigorous and effective investigation of the events must be carried out; the circumstances of the death and injuries must be established, an there must be a full identification of those responsible.”

The OHCHR expressed special concern over the decree, issued by Chilean President Sebastián Piñera, which enables the use of the Armed Forces in public security tasks in the Mapuche indigenous region in Araucanía and Biobío regions.

“When controlling public order,” Jarab further stated, “States must limit their use of the Armed Forces as much as possible, since the training they receive is not aimed at the protection and control of civilians or management of demonstrations.”

Three weeks ago, Piñera decreed a state of emergency in the La Araucanía and Biobío regions, allegedly to control acts of violence carried out by Mapuche communities in recent years.

The state of emergency will end next week, and the president has already announced that he will seek to extend the measure for another two weeks, although for that he would need approval of the National Congress.