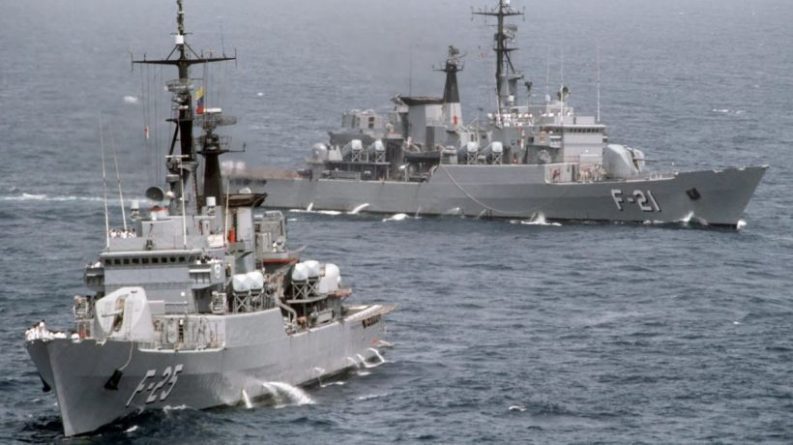 The Governor of Puerto Rico Ricardo Rossello is under public scrutiny for his statement regarding the supposed Venezuelan Navy’s threat of open fire last Saturday to a US flag ship supposedly carrying “Humanitarian Aid” that right wing factors wanted to force into Venezuela breaking all international law protocol.

In parallel the Florida Republican Sen. Marco Rubio posted on twitter something in this fashion affirming that “Maduro gunships are threatening to fire on a ship”.

Maduro gunships are threatening to fire on a ship sailing from #PuertoRico which is in international waters with 300 tons of food & medicine & at least 6 U.S. citizens on board. #barcopuertorico

The CBS journalist, David Begnaud posted yesterday, Sunday, February 24, a lengthy and detailed video with his findings in relation to the alleged “use of fire power” presented by the Venezuelan Navy to the US Ship that supposedly carried the so called “Humanitarian Aid” for Venezuela.

The journalist revealed: “I spoke with a journalist from Telemundo Puerto Rico about what happened yesterday between the Venezuelan Navy & #barcopuertorico – PRs Governor alleges the Navy threatened to open fire, but a journalist I spoke to, on board the ship, says he never heard that or was told of that.”

In a later post, the CBS journalist informed of the reception of a statement from Carlos Mercader (Rossello representative in Washington DC) ratifying the Governor’s statement but the journalist insisted in not having any evidence of such communication (as a video or audio) and in journalistic terms and military terms a good journalist knows that all communications should be kept ON RECORD.

According to the Venezuelan News Portal, “Mision Verdad”, the Venezuelan guided-missile frigates “AB Armirante Brion F2” located the “Midnight Stone” in her way to Venezuela and called two additional Venezuelan Navy Patrol Ships, waited for the foreign ship and made them turn back after letting them know that if the Venezuelan border was trespassed they will be captured and put to the order of the Office of the Venezuelan Attorney General. The US ship changed direction and went to Bonaire, it ended up in Curacao when later it was announced that the so called “humanitarian aid” was left there.

In another twist in connection with #barcopuertorico, a Canadian writer and researcher, Steffan Watkins, informed about the sudden change of ships and was alarmed about what was actually on board of the later ship.

You know, it looks an awful lot like those 10 containers that were going to Venezuela are being dropped off in #PuertoRico in a secluded spot where nobody will notice on the South side of the island.

Are there any Puerto Rican journalists interested in that story? pic.twitter.com/vM4N8mnR5M

The ship that was publicized as leaving Puerto Rico was the “MIDNIGHT DREAM” but at some point on the journey, cargo and crew was transfer to the ship “MIDNIGHT STONE”. Watkins was visibly concerned about what and who actually were inside the ship. Video footage have been made public about people in a ship but there is not a single one showing clearly the ship ID.

The US government along with the most right wing factors in the State of Florida and Puerto Rico (colony of the US) have been pushing to create a situation similar to the Gulf of Tonkin Incident that triggered the Vietnam war. It’s good to know that there is people paying attention to all technological resources to keep track of what is really happening in the Caribbean sea every second. Today in the afternoon there was a new surveillance US Navy airplane flying very close to the Venezuelan maritime border: