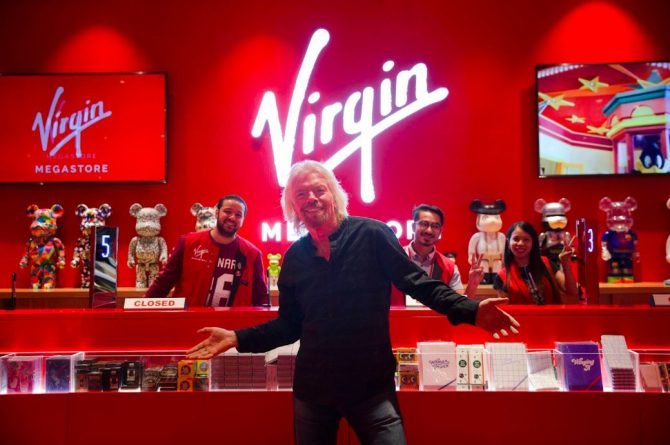 #VenezuelaAidLive is trending on Twitter in the USA as I write this, forced to the forefront of public consciousness and into everyone’s eyeballs by a concert staged by billionaire plutocrat Richard Branson. Branson’s Virgin Group controls hundreds of companies and brings in some $21 billion annually, with Branson himself valued at around five billion dollars.

The concert is pure narrative control operation, designed to advance the proven lie that the Venezuelan government is shutting out all humanitarian aid from its people, and the proven lie that it has blockaded a bridge to prevent the aid from getting through, both of which are also currently being promoted by American mainstream media despite being thoroughly disproven. In reality, the Venezuelan government has been taking in humanitarian aid from all around the world to help its people, just not from America’s regime change operation that is so blatant even NPR recognizes it, and the bridge Branson has been posing in front of for his “billionaire philanthropist” photo ops has never been open for travel.

“We are on a bridge. Today we want to build a bridge of hope” — @RichardBranson. I’m so proud of my dad and everyone involved in #VenezuelaAidLive. You can live stream the concert all around the world, right now: https://t.co/admXOC4LAe pic.twitter.com/gTaQCG9nql

They’re lying to us about Venezuela. Anyone with access to alternative media has access to the fact that they’re lying to us about Venezuela. We know this for a fact. We also know for a fact that Venezuela has the largest proven oil reserves on planet Earth, and that in spite of all these appeals to the humanitarian impulses of the US empire the Trump administration is openly interested in controlling that oil. We also know for a fact that US interventionism in modern times is consistently disastrous, and consistently never truly about humanitarianism. We also know for a fact that PNAC neocon Elliott Abrams, who is spearheading this “humanitarian aid” initiative, has previously used humanitarian aid as a pretext for arming militia groups in Nicaragua. If you have access to alternative media, all of these facts are easily available to you. If all of these facts are easily available to you, and yet you still support the US government’s interventionism in Venezuela, you are a complete fucking moron. That’s really all I wanted to say here. I have less than zero respect for those who join with Donald Trump, John Bolton, Elliott Abrams, Benjamin Netanyahu, Jair Bolsonaro, Nancy Pelosi, Joe Biden, Fox News and MSNBC in manufacturing consent for this agenda, and I don’t care who gets their feelings hurt by my saying so. If you’ve been a longtime reader of mine and you still support Trump’s starvation sanctions, CIA ops, grooming and attempted installation of US vassal Juan Guaidó, and brazen propaganda war upon the minds of the unsuspecting US populace with the goal of toppling a sovereign nation’s government, then my writing hasn’t gotten through to you and you have gotten nothing out of it.

Elliott Abrams used “humanitarian aid” as a pretext to arm Nicaraguan death squads in the 1980s. And now we’re supposed to believe the “humanitarian aid” he’s sending to Venezuela is purely intended to alleviate the suffering of the people. You have to be kidding pic.twitter.com/RzjnfkHue2

I’ve interacted with so many Trump supporters since I started this gig who claim to be anti-interventionist and anti-neocon, yet once their president started ramping up yet another neocon regime change intervention in yet another resource-rich country just like Bush and Obama before him, they fell right in line just like Bush and Obama’s supporters did. Ask them why and they’ll mumble something inarticulate about the absence of US boots on the ground (a point Obama’s defenders also made about Libya and Syria) or about hating socialism, but in reality the reason they support Trump’s regime change interventionism in yet another oil-rich country is because they are foam-brained human livestock who believe whatever the leader of their tribe tells them to.

Not all Trump voters have done this, but many of them have. For the most part those who continue to support this president are at best deadly silent on Venezuela, and are at worst actively cheering this bullshit on with everything they’ve got.

I actually have more respect for the people who have always been plugged into the CIA/CNN narrative than I have for those who saw through it during Obama’s interventions but not during Trump’s. Someone who has always been plugged into the mainstream narratives on US regime change interventionism is like a guy with his head up his ass. Someone who saw through Obama’s depravity in Libya and Syria but fails to do the same with Venezuela is like a guy who pulled his head out of his ass, then soaked his hair with lube and willfully re-inserted it.

On the eve of another US war for oil, I speak with UN rapporteur & human rights expert @Alfreddezayas to debunk the ocean of lies about Venezuela & expose the deadly impact of sanctions on @EmpireFiles https://t.co/2Ysv1KTlc2

There is no excuse for supporting this administration’s obvious lies and sociopathic interventionism in a sovereign nation. None.