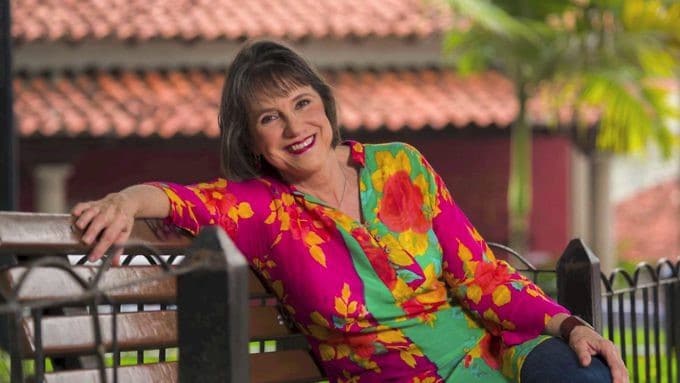 The renowned singer, patrimony of traditional music and Venezuelan militant song, was attacked on social networks after an audio was filtered in which she asked other artists, through the Whatsapp messaging network, to record videos for the campaign #LaPazEsYa (peace is now), exhorting the military non-intervention of Venezuela.

I like the militant signers, not the singing birds. I get up with the opinion of men and women who taught me to respect my parents. Cecilia Todd is one of them. I do not know her for selling her voice, and in her voice we find those who love our song, in her voice east and west, root and window, cup and door, bird with a message, that raises and the day and lays it to rest.

She is not beyond good and evil, but neither does she belong to ambivalence. Cecilia is known in the south of the world, although in the north she is also known. I defend Cecilia, he defends her, she defends her, because it is not on TV that she hoists the body of her voice, profit is not her color, and in her steps: truth and poetry.
I like the militant signers, not the singing birds. And I understand that a man who sings is capable of moving a mountain, but the mountains are made by the bones of men, the falling leaves, the ephemeral words. I understand that a woman with a beautiful voice can deflect the ships and sink them, or lift them until they become clouds, condense and fall.

I understand that the power in it should forbid the responsibility of piling up the earth to make a rock, or of pulverizing them by fistfuls. Cecilia knows that she has that responsibility and assumes it to say, to ask for as many voices like her own, to build the shield that protects her people from war, my people, the people of my daughters.

I thank, and join and open my mouth and close ranks, in honor of “the foolishness of confronting the enemy, the foolishness of living without price”.  It may seem that Cecilia begs for PEACE.  Let it seem so. Because in front we have the war dogs salivating on the screen, uttering damned sentences, “the singing birds”, cracking where no more cracks fit, charging for “AID”, as a vanguard of a procession of looters.

Where does not it say that we have very serious problems? What problems has the war solved?

I like the militant signers, not the singing birds. It may seem that Cecilia begs for PEACE.

And, just in case we do not all invoke it: PEACE IS NOW!