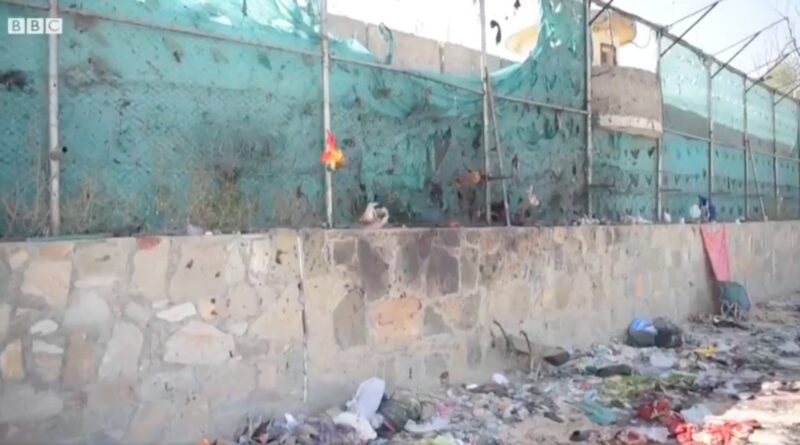 A new BBC report shows eyewitnesses at the scene of the deadly Kabul airport explosion on Thursday saying that a significant number of the 170 Afghans killed in the attack actually died from gunfire by the US-led alliance in the chaos following the blast.

“Many we spoke to, including eyewitnesses, said significant numbers of those killed were shot dead by US forces in the panic after the blast,” the BBC’s Secunder Kermani said on Twitter.

New on MoA:
The Never Ending Lies About The War On Afghanistanhttps://t.co/pKoQyem6FT https://t.co/o1vzwc2zTf

Here are some transcript excerpts courtesy of Moon of Alabama’s write-up on this new report:

The correspondent talks to the brother a London taxi driver who was in Kabul to fetch his family:

(Side note: Some of the towers around the airport were reportedly manned by members of the CIA’s Afghan death squads.)

Narrator: “Noor Mohamed had had been deployed alongside American forces.”

A man holding up an identity card of a friend talks about his death in English.

A: “The guy has served U.S. army for years. And the reason he lost his life – he wasn’t killed by Taliban, he wasn’t killed by ISIS, he was (unintelligible).”
Q: “How can you be sure?”
A: “Because of the bullet. The bullet went inside of his head. Right here.” (Points to the back of his head.) “He doesn’t have any (other) injury.”

RELATED CONTENT: ‘We Will Not be Deterred’: Biden Says US Evacuation to Continue After Kabul Airport Blasts Despite Potential Further Attacks

The Pentagon did not respond to the BBC‘s request for comments.

"Most victims of #KabulAirportBlast were not killed by the blast but by bullets fired at them by the Americans."

Faisal of Kabul Lovers channel interviewed aid workers at Emergency Hospital in #Kabul and this is what they have to say: pic.twitter.com/vvQETq6uEe

There’s another video going around from a popular channel called Kabul Lovers which as of this writing has over 122,000 views. According to a translation posted by Sangar Paykhar of the podcast Afghan Eye, workers at an emergency hospital in Kabul are saying that most of the fatalities from the blast actually died by bullets fired from above, which would track with what the BBC witness said about gunfire coming from the towers where American and Turkish soldiers were.

“Some people have said that victims were shot from behind by Daesh [ISIS],” a man who says he’s a military officer tells Kabul Lovers in the translated subtitles. “However, none of them were shot from behind. All bullet holes came from above. Bullets came from this angle [gesturing to indicate a downward trajectory], striking skulls, necks and chests. No bullet holes from this area below. Which means all these people were pressed against each other. There was no uncovered place for bullets to land, from the chest above. They were all shot by Americans from that area [again gesturing to show a downward trajectory].”

“All victims were killed by American bullets except maybe 20 people out of 100,” the man said.

Journalist Sami Yousafzai reports on Twitter that he was told by the family of two British Afghans killed during the incident that “after bombing US forces indiscriminate rounds of gun-firing killed dozens of Afghans,” adding, “The injuries is clearly not bomb injuries its target gunfire wounds.”

A Pentagon official says 2 suicide bombers "assessed to have been ISIS fighters" and "ISIS gunmen" killed 12 US service members and injured 15 US service members, and caused many Afghan casualties as well pic.twitter.com/bl6BHHgdqm

The Pentagon, which is refusing to answer BBC reporters’ questions about these latest claims, had reported that there was fire from “ISIS gunmen” following detonations by two suicide bombers. Yet as of this writing there don’t appear to be any reports of any bodies of ISIS gunmen having been recovered since the attack.

“The attack on the Abbey Gate was followed by a number of ISIS gunmen who opened fire on civilian and military forces,” CENTCOM’s General Kenneth McKenzie told the press after the incident.

It seems unlikely that ISIS could lead such a gunfire attack on such a heavily defended area and then get away without any of their members getting killed by return fire, which means if there are no bodies of ISIS fighters then the “ISIS gunmen” the Pentagon reported probably never existed. It was probably just military personnel from the US and/or its allies spraying people with bullets in panic and confusion, after which someone made up a convenient story.

extremely horrific .
relatives of the 2 British Afghan national killed in Thursday kabul bombing and firing told me
“ after bombing US forces indiscriminate rounds of gun-firing killed dozens of Afghans.”
The injuries is clearly not bomb injuries its target gunfire wounds

Which is just ghastly to think about. We may or may not know more in the coming days as the notoriously secretive US military narrative manages the situation, but the idea that this deadly incident could have been a lot less deadly if people with powerful firearms in their hands had been better trained and thought more clearly is painful.

As violent as western police can get, it’s hard to imagine even them freaking out after an explosion and opening fire into a crowd of people. The armed goon squads we unleash upon people in war zones are on a whole other level than the ones we have to deal with at home, and the fewer of them we have deployed around the world the better.