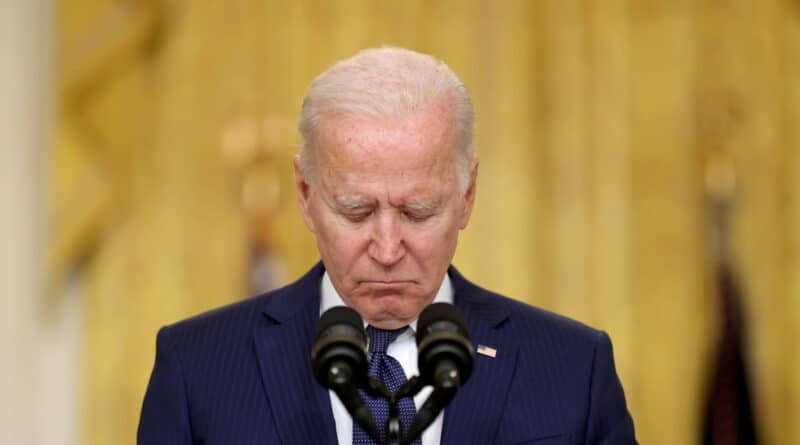 Addressing the deadly bombings at the Kabul airport, US President Joe Biden vowed retaliation against ISIS and said that the US won’t stop the evacuation, while noting that attacks are likely to continue “beyond today.”

After acknowledging the deaths of 12 US service members and giving his condolences to the families of the slain, Biden vowed retaliation against those responsible for Thursday’s deadly bombings at Kabul airport’s Abbey Gate and near the Baron Hotel. Islamic State (IS, formerly ISIS) has claimed responsibility for the attacks.

“To those who carried out his attack… we will not forgive. We will not forget. We will hunt you down and make you pay,”Biden said, not specifying when a retaliatory attack would be carried out, but saying officials have a “good idea” of who ordered the bombings.

We will not be deterred by terrorists, we will not let them stop our mission, we will continue the evacuation.

The president said that he had already instructed the Pentagon to prepare to target Islamic State Khorasan (ISIS-K/IS-K), the jihadist splinter group believed to be behind the attacks.

“I’ve ordered my commanders to develop operational plans to strike ISIS-K assets, leadership and facilities. We will respond with force and precision at our time, at the place we choose, and at the moment of our choosing.”

Biden pushed back on theories that the Taliban could have been involved in the attacks, saying there is no proof of”collusion” and the Taliban is just as interested in US forces leaving as the US is.

“There’s no evidence thus far that I’ve been given… that there has been collusion between the Taliban and ISIS in carrying out what happened today,” he said, adding that he expects the attacks “to continue beyond today.”

“No one trusts them,” Biden said of the Taliban, which has been helping with security around the airport. “We are just counting on their self-interest.”

Though military officials had denied any need for additional US forces earlier in the day, Biden promised that if more troops or resources are needed, “I will grant it.”

The president directly answered criticisms, including whether using Bagram Air Base would have helped in the evacuation effort, an argument that became common among conservative critics on social media on Thursday. Senator Lindsey Graham (R-South Carolina) even called for the base to be retaken.

Biden said he followed the recommendation of military officials, who felt the extra space for evacuations would not prove to be much of a benefit.

While the total number of victims is yet to be confirmed, the Wall Street Journal reported, citing a senior Afghan health official, that around 90 Afghan civilians were killed in the blasts on Thursday. The incident also marked the worst single-day loss for the US military in Afghanistan since 2011, when 30 US service members were killed after the Taliban shot down a Chinook transport helicopter southwest of Kabul.

Featured image: U.S. President Joe Biden reacts during a moment of silence for the dead as he delivers remarks about Afghanistan, from the East Room of the White House in Washington, U.S. August 26, 2021. © REUTERS/Jonathan Ernst