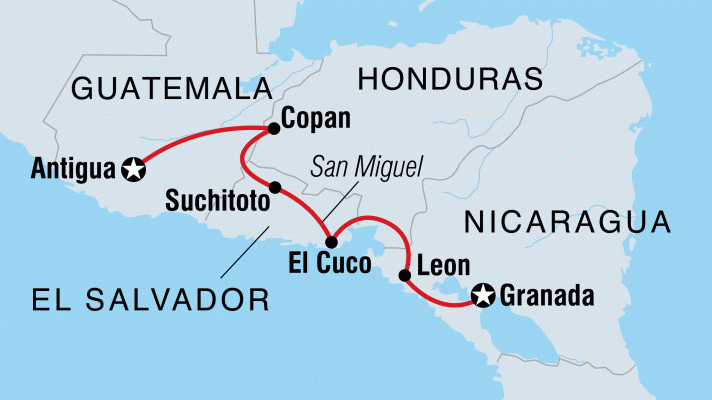 The following is a translation of the daily report of Samuel Robinson Institute for July 2, 2021.

On July 1, the US State Department announced the imposition of unilateral ”sanctions” against political and institutional entities from El Salvador, Guatemala and Honduras, countries that make up the so-called Northern Triangle. The US has justified these measures under a selective and self-serving modality that claims to fight corruption in Central America. The new sanctions include United States visa entry restrictions for those considered as ”sanctioned” individuals.

Context
In a press release, US Secretary of State, Antony Blinken, announced that the visa restriction measures are based on a list which includes 55 individuals: 21 from Honduras, 20 from Guatemala, and 14 from El Salvador. Those on the list are political and institutional officials who currently hold positions of public responsibility at different levels in the three countries. The list also includes well-known persons who occupied important positions of power in previous years.

Accusation and justification
According to the US State Department, the sanctioned individuals ”have been involved in acts that undermine democratic procedures” and have participated in ”significant acts of corruption” related to the obstruction of justice. The unilateral coercive measures were taken in accordance with section 353 of the United States Northern Triangle Enhanced Participation Act, a piece of legislation with an extraterritorial scope which was approved late last year as a guide for greater US foreign policy involvement in the domestic politics of the Central American region.

Highlights
In the list of ”sanctioned” individuals and entities, former president of Guatemala, Álvaro Colom, and former president of Honduras, Porfirio Lobo, the latter accused of receiving bribes from the drug trafficking group Los Cachiros, stand out.

Background
The measures were preceded by a late 2020 US Congressional mandate that required the State Department to publish a list of officials involved in corruption in the Northern Triangle. The Engel List is a mechanism created to harden US tutelage of Central American institutions, disguised as a ”fight against corruption.” Additionally, during her visit to Guatemala in early June, US Vice President Kamala Harris announced the creation of a regional Anti-Corruption Task Force to specifically intensify control over the judicial branches of the Northern Triangle countries.

Double standards
Former president of Honduras, Manuel Zelaya, whose government was overthrown in a 2009 US-backed coup, condemned Washington’s new sanctions and added that these ”do not affect US ally Juan Orlando Hernández, not even with a ‘rose petal,’” nor do these affect members of the Arena party of El Salvador, which is clearly aligned with the United States.

RELATED CONTENT: The US Stake in Nicaragua and Honduras’s 2021 Elections

Why it matters
According to Blinken, with the issuing of a list of ”sanctioned individuals,” the Biden administration hopes, among other things, to reduce irregular migration to the US by improving governance in the Northern Triangle countries. However, the maneuver clearly points to a reconfiguration of US foreign policy approach towards the area, well within a paradigm of liberal imperialism embodied by the Biden-Harris duo. Funds from USAID and other agencies have already begun to be redirected towards ”civil society” groups as part of a punitive approach and a focus on incentivizing indirect private forms of government in Central America.