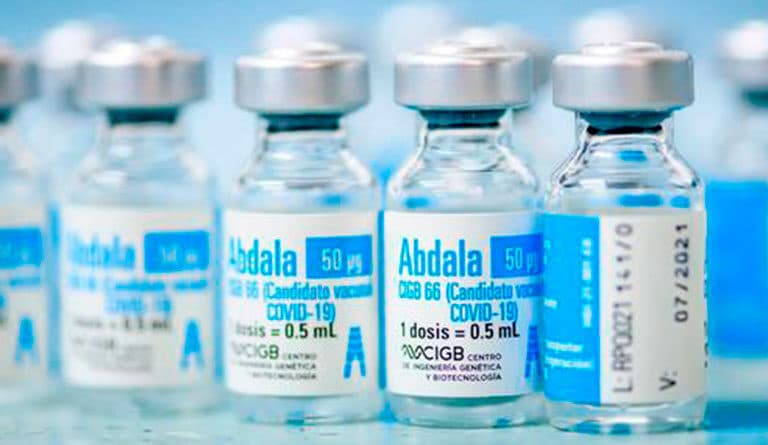 Venezuelan Foreign Affairs Minister Jorge Arreaza rejected the criticisms and attacks by sectors of the Venezuelan extreme right against Cuban medical collaboration with the people of Venezuela, once again exposing their lack of credibility and connection with reality.

Arreaza listed the attacks in a Twitter post, where he also criticized the Venezuelan opposition groups questioning the recent agreement between Venezuela and Cuba for the supply of the Cuban COVID-19 vaccine Abdala. “The Venezuelan right wing is obsessed with Cuba: they are not doctors, they are sorcerers (2003) [refering to the year Misión Barrio Adentro was launched in Venezuela with thousands of Cuban doctors]; they do not teach to how to read, they indoctrinate (2004) [refering to Cuban support to Misión Robinson that eradicated illiteracy in Venezuela]; in the CDI [Comprehensive Diagnostic Centers] they will brainwash you (2007) [referring to the hospitals where thousands of Cuban doctors work]; the Abdala vaccine is useless, it is a scam (2021).”

Spokespersons from the opposition and also from scientific circles adverse to policies of the Bolivarian government are questioning the vaccination initiative undertaken by the Venezuelan public health authorities with the Abdala vaccine developed by Cuba’s Center for Genetic Engineering and Biotechnology (CIGB).

Just a few months ago, the same discredited scientific circles of Venezuela were spreading misinformation and discrediting the Russian vaccine Sputnik-V, whereas now that the mass vaccination program is going on mainly with that vaccine along with China’s Verocell, right-wingers are literally fighting to get vaccinated with Sputnik-V.

The Venezuelan government signed an agreement with Cuba to buy 12 million doses of the Abdala vaccine to incorporate it into the national immunization campaign against COVID-19. Recently, President Maduro commented that Abdala may be the preparation that will be used to vaccinate young people in Venezuela.

This vaccine has shown over 92% efficacy in clinical trials, as President Nicolás Maduro remarked during the recent summit of the Bolivarian Alliance for the Peoples of Our America-Peoples’ Trade Agreement (ALBA-TCP).

Venezuela aims to guarantee the immunization of 70% of the population in the course of 2021, through agreements signed with Russia, China, Cuba and the World Health Organization’s Global Fund for Access to Vaccines against COVID-19 (COVAX) for the supply of the vaccines. COVAX is in debt to Venezuela and has not delivered the much needed vaccines already paid for by the government, evidencing how the US, Europe and big pharma control the United Nations and the World Health Organization (WHO).

Featured image: The Abdala vaccine, which Cuban scientists have prepared in spite of the obstacles due to the six-decade US blockade, has shown over 92% efficacy in clinical trials. File photo.