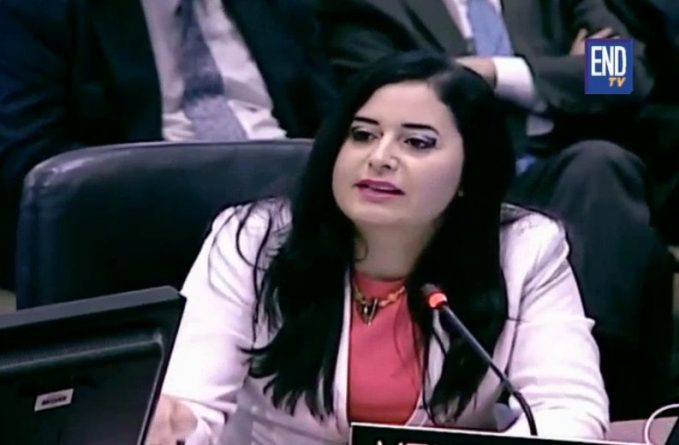 With 18 votes in favor (six less than the 24 statutory votes required for such decisions), the Permanent Council of the Organization of American States approved a resolution on Tuesday appointing Gustavo Tarre Briceño as alleged “Permanent Representative” of Venezuela to the organization, “designated by the National Assembly, until new elections are held”. The legitimate representative of Venezuela before the OAS, Asbina Marín Sevilla, denounced the measure as illegal and “means the end of the validity of the Foundational Charter”.

In total, 9 countries voted against, there were six abstentions and one absentee.

Tarre Briceño is supported by the so-called Grupo de Lima as alleged representative of Venezuela appointed by the deputy Juan Guaidó, who on January 23, proclaimed himself interim President of Venezuela with the support of the US government. The “Grupo de Lima” is a group of Latin American countries that support the Trump administration in its intentions to overthrow the Venezuelan President, Nicolás Maduro, and include nations such as Argentina, Canada, Colombia, Peru, Chile, Paraguay and Guatemala.

However, after different actions of Guaidó against the Maduro government, the self-proclaimed has lost significant support from the international community. and within Venezuela.

Venezuelan Representative: The OAS does not have the authority Asbina Marín Sevilla, legitimate representative of the government of President Nicolás Maduro before the OAS, intervened at the beginning of the session to remind that the organization “has no authority to recognize or disregard the governments of its member states”, because this “is an individual and sovereign action of each state” and, as a political act, can not be imposed on other states because they would lose their own sovereign right to govern their international relations, which is why this violation of international law has never been attempted.

She recalled that the only measure that the OAS can take is the suspension of a member state, decided in an Extraordinary General Assembly with two thirds of the votes of the foreign ministers. “There is no other; There is no measure to ignore, and less, no measure to change governments,” said Marín Sevilla.

“Where is the resolution of the General Assembly that, with at least 24 votes, recognizes an authority other than President Nicolás Maduro? Do you know why it does not exist? Because legally, it is impossible.” She explained that, “without this resolution of the General Assembly, every act is null and void and means the end of the validity of the Foundational Charter. The OAS will continue to exist, but only as a ghost of what it wanted to be, and could not be. ”

“Any improvisation or manipulation that allows a different action, by an organ of lower hierarchy and with a threshold of less than two thirds, is illegal and changes the norm and historical practice to curtail the rights of all members”, she explained.

RELATED CONTENT: Mexico is Ready to Serve as Mediator for Peace in Venezuela

She noted that two “coups d’état” are being committed : one committed against all the principles of the OAS, and “another committed from the OAS against an intervened State, which is forced to be represented from abroad.”

The Venezuelan representative denounced “what is going to happen today (the appointment of Tarre Briceño) is the end of a chain of violations and traps, that turn the OAS into a weapon against Venezuela, ended up destroying the entire structure of international law which sustains it. ”

She recalled that the Secretary General, Luis Almagro, has promoted the war against Venezuela, and that the organization is complicit in all economic extortion measures that violate the rights of Venezuelans, promotes the plundering of Venezuela’s wealth and threatens the use of force against the country. “All those massive violations of the OAS Charter were encouraged from this room,” she complained.

“They made the house of the OAS become uninhabitable,” she accused.

OAS executes “two coups d’etat” against Venezuela
On Monday, the Ambassador Representative of Venezuela to the UN, Samuel Moncada, warned that in the Organization of American States (OAS) would be forging “two coups d’etat”: one against his country and another against the document that governs its own existence.

“In the OAS, there will be two coups: one against the OAS Charter and the other against the Government of Venezuela and its diplomatic representation. Here is the first test,” Moncada wrote through his account on Twitter , along with an image that showed a draft resolution on the situation in Venezuela.

The proposed document that the Venezuelan diplomat showed was issued by the Permanent Council of that organization and said that “never before has the OAS Permanent Council taken such a decision, simply because it does not have that authority.”

The aforementioned document would be recognizing the “designation” of new “diplomatic personnel” made in recent days by Venezuelan deputy Juan Guaidó, who proclaimed himself “president in charge” of Venezuela on January 23.

Moncada warned that “with this resolution they want to de facto expel the representatives of Venezuela (who was about to leave because of Venezuela resignation 2 years ago from the organization) and put in their place a person who does not know who they represent, because the OAS has never recognized another President other than Nicolás Maduro.”

The high official of the South American country also described as “legal aberration” of the OAS to have a representative of a government that does not officially exist in the OAS, and denounced that said “aberration” is possible “because of the fraudulent will of the US Ambassador who is accomplice to the crime “.

“(Luis) Almagro has no authority to recognize presidents. That authority does not exist, nor does there exist in the OAS a document of ‘recognition’ of a self-proclaimed president, ” said Moncada .

For the diplomat, the countries of the region that oppose the government of his country “could not convince the region to oppose Venezuela” and lamented that, in consequence “they ended up emptying the OAS of all its historical principles and practices”.