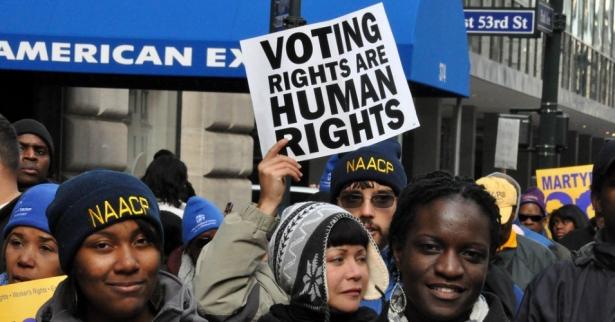 In state after state, Republicans want to suppress voting because they know they are a minority party. It took decades to overcome the Jim Crow laws imposed at the end of Reconstruction. We can’t wait decades this time.

The fundamental right in a democracy—the right to vote—is once more under siege. In state after state, Republican legislators have introduced literally hundreds of bills designed to suppress voting.

Their passion is fueled by Donald Trump’s big lie that the presidential election was “stolen” from him. Their targets are minorities—African Americans, Latinos and Asian Americans, and the young. They call themselves Republicans, but their lineage comes not from Abraham Lincoln, the first Republican president, but from Jefferson Davis, the southern Democrat who led the Confederacy in its battle to keep Blacks enslaved.

The current debates have a haunting history. After the South was defeated in the Civil War, Congress passed the 13th, 14th and 15th amendments. Often termed the “second founding,” these amendments ended slavery (13th), guaranteed equal protection under the laws (14th) and prohibited discrimination in the right to vote (15th).

The defeated south then began what was called Reconstruction. To be readmitted to the Union, they had to create new constitutions that rendered equal rights to all. In some states, newly freed Blacks constituted the majority. In many states, a new fusion politics began, often bringing the newly freed Black citizens together with small farmers and merchants against the old plantation aristocracy. In states like North Carolina, the new majorities passed remarkable progressive reforms in public education, public works, progressive taxation, land redistribution and more.

The white plantation aristocracy could not abide the new order. They organized a systematic effort to suppress the new coalitions. America’s first domestic terrorist organization, the Ku Klux Klan, unleashed a wave of violence against newly freed Blacks and the whites who joined them. An estimated 5,000 Blacks were lynched. The violence that included setting fire to Black stores and neighborhoods was designed to drive Blacks and their allies out of polling booths and the South.

The plantation aristocracy successfully took back power, then imposed Jim Crow laws that made it virtually impossible for Blacks to vote. The federal government failed to check the violence, and in 1876, in a corrupt deal, Republicans agreed to end Reconstruction and remove the remaining federal troops. In 1896, to its lasting shame, the Supreme Court in Plessy v. Ferguson ratified the surrender, declaring separate but equal laws constitutional. It took more than 50 years before the civil rights movement and the Voting Rights Act restored the right to vote to African Americans.

Today’s Republican Party is founded on the reaction to the civil rights movement. From the 1964 Goldwater presidential campaign on, Republicans traded hats with southern Democrats to become the party of state’s rights, white sanctuary and opposition to racial equality.

Today’s Jefferson Davis Republicans know that they are increasingly a minority party. In Georgia, Arizona, Texas, North Carolina and other states, Republicans fear they will lose control. Once more, intimidation, mass incarceration and violence are used to intimidate.

After the last election, Trump rallied his supporters with the big lie that the election was stolen, inciting them to sack the Capitol and to march on state legislatures. Worse, even after the riot, 147 Republicans in the House and Senate voted to overturn the election.

In Florida, Georgia, North Carolina and Texas, Republicans control all branches of government, giving them power to gerrymander districts in the redistricting after the 2020 census.

The violence, just as in Reconstruction, is combined with a systemic campaign to suppress the right to vote. In 33 states, legislators have introduced 165 bills to restrict voting, the Brennan Center on Justice reports. In nine states, Republicans have introduced legislation to limit mail-in voting (nearly half of votes in the 2020 election were cast by mail due to the pandemic). In 10 states, Republicans are pushing more stringent voter ID requirements, knowing that these discriminate against minorities (25% of African Americans but only 8% of whites have no government-issued photo IDs). Other states are pushing to prohibit the use of student IDs to make it harder for the young to vote, roll back automatic voter registration laws, end Election Day registration or reduce the number of days for early voting.

In Florida, Georgia, North Carolina and Texas, Republicans control all branches of government, giving them power to gerrymander districts in the redistricting after the 2020 census.

Once more the Supreme Court has aided and abetted these anti-democratic actions. The right-wing majority gutted the Voting Rights Act in Shelby County v. Holder. For the first time, there will be no prior review by the Justice Department to limit racially discriminatory gerrymandering. Then in Rucho v. Common Cause, the “gang of five” ruled that the courts would no longer review challenges to partisan gerrymandering. No federal court will stand in the way of discriminatory outrages.

It took decades to overcome the Jim Crow laws imposed at the end of Reconstruction. It required mass demonstrations, immense courage on the part of ordinary heroes, and finally the leadership of Lyndon Johnson and Martin Luther King Jr., among others, to begin to correct the injustice.

We can’t wait decades this time. Jefferson Davis Republicans are once more intent on imposing minority rule, and using the law and a partisan majority on the Supreme Court to enforce it. They’re using both terrorist threat and legal measures to intimidate and impede voters. Once more it will take popular opposition—demonstrations, voter registration and mobilization drives, popular education and engagement—to protect the right to vote. The House of Representatives has passed a law, HR 1, to expand and protect the right to vote. The bill is likely to face universal opposition from Republican senators, unless popular mobilization forces some to stand up.

It is time for ordinary heroes once more. 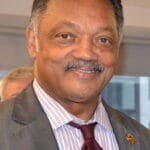 Jesse Jackson is an African-American civil rights activist and Baptist minister. He was a candidate for the Democratic presidential nomination in 1984 and 1988 and served as shadow senator for the District of Columbia from 1991 to 1997. He was the founder of both entities that merged to form Rainbow/PUSH.

Jesse Jackson is an African-American civil rights activist and Baptist minister. He was a candidate for the Democratic presidential nomination in 1984 and 1988 and served as shadow senator for the District of Columbia from 1991 to 1997. He was the founder of both entities that merged to form Rainbow/PUSH.