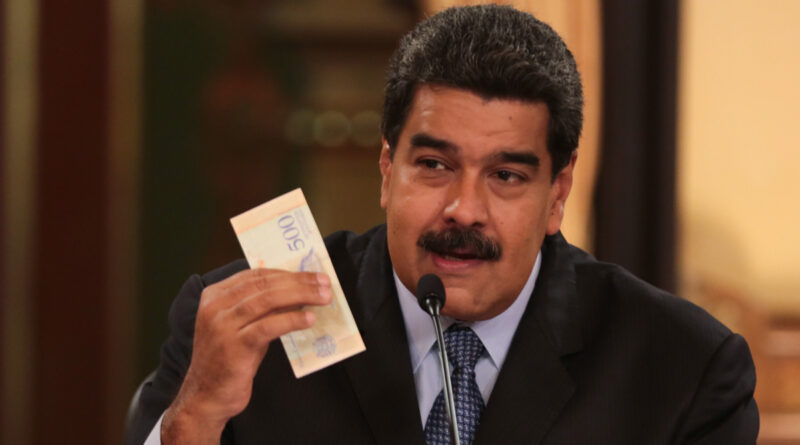 This Friday, February 26, Venezuelan President Nicolás Maduro assured that his government is working towards the recovery of national income through taxes and exports, to consolidate a substantive recovery of wages and pensions of the working class.

The president informed that the administration is also working on strategies that will allow salary increases through salary tables, collective bargaining agreements and the Patria system, a mechanism that has been efficient to grant direct subsudies to Venezuelan households.

“Now, this depends on national income, because you cannot pay what you do not have,” said Maduro, and although he indicated that “formulas” that promise to be “very successful” are being developed, he did not offer further details, because “whatever is announced in relation to that, immediately, the wild capitalist market swallows it up and reduces it to nothing.”

President Maduro acknowledged that the question of salaries is “a vital, sensitive issue of the Venezuelan society” and for that reason, he spoke of “the crude reality as much as possible.” He added that the recovery of national income depends on the recovery of exports, an area in which the government is “making steady progress.”

RELATED CONTENT: Wages, Production, and Money in the Midst of Economic Warfare

“We have to achieve true economic growth in the real economy, we have to achieve income growth and stabilization, and we have to make progress in recovering the real salary, pensions and income of the Venezuelan family,” stressed the Head of State. “We have to concentrate on this,” he continued, “because it is the deepest wound of the bombs that Donald Trump dropped on us—it is the most painful and the deepest wound, the issue of real income of the workers and the working class and I am aware of that.”

For now, President Maduro reported that he had ordered the signing of collective bargaining agreements “to defend wages and the working class” and asserted that his government would continue working “in that direction.”