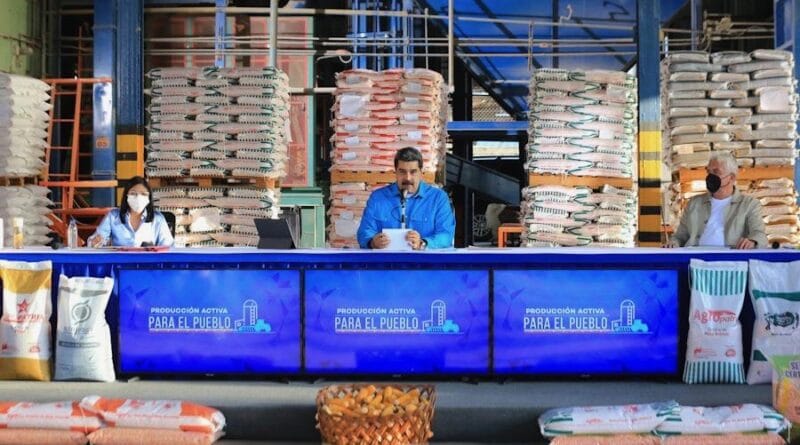 Despite an unrelenting, suffocating blockade on Venezuela, the country has continued to promote social policies to safeguard the population.

On February 21, 2021, Venezuela’s President Nicolás Maduro made a statement in honor of the 173rd anniversary of the publication of The Communist Manifesto by Karl Marx and Friedrich Engels. The statement was made as part of the international Red Books Day, an initiative of leftist publishers to uphold the ideas of the left against a barrage of attacks by the extreme right. Humanity, Maduro said, needs to advance toward a social system that puts people before profit and peace before war. “I say this,” he said, “as a worker, as a bus driver, as a trade unionist and as a member of the Venezuelan working class.” His statement further indicated that what is needed to confront the blockade of Venezuela by the US-driven hybrid war and to advance society toward socialism is “unity, an all-encompassing, inclusive, broad spirit, bringing together all the progressive, revolutionary forces that fight for socialism and humanity.”

The next day, Maduro drove his staff by bus—a bus driver again—to celebrate his 30 years in politics. “I am still the same man,” he said, “with the same feelings of love and loyalty to the people.” But the context of Venezuelan politics has been greatly altered over these 30 years. In the 1990s, Maduro was part of the working-class struggle that gathered around the leadership of Hugo Chávez and that would ultimately prevail in an election in 1998 and would open up the process known as the Bolivarian Revolution. Attacks against this process began immediately, with a failed US-inspired coup attempt in 2002. There has not been a day when Venezuela’s revolution has been able to rest easy; although the United States government put sanctions against Venezuela since 2005, it was not until 2015 that this illegal sanctions regime effectively became a blockade of the country. Falling oil prices, a lack of access to finance, the inability to trade with the outside world, and the constant threat of political destabilization and invasion have trapped Venezuela in cycles of crises.

Not Justified Under International Law

In early February 2021, Venezuela received a visit from Alena Douhan, the United Nations special rapporteur on the negative impact of unilateral coercive measures on the enjoyment of human rights. Douhan, who is from Belarus, met with government officials, opposition leaders and human rights organizations and visited hospitals, schools and factories. Before Douhan left Caracas, she released her “preliminary findings” at a press conference on February 12: this report is “preliminary” because a fuller version will be presented to the UN Human Rights Council in September 2021.

Douhan’s preliminary report provides the facts of the harsh impact of the sanctions imposed by the United States and the European Union on Venezuela, which exacerbate the crisis produced by the collapse of oil prices in 2014. “The Government’s revenue,” she writes, “was reported to shrink by 99 percent with the country currently living on 1 percent of its pre-sanctions income.” As a result of this demise of Venezuela’s finances, the country “faces a lack of necessary machinery, spare parts, electricity, water, fuel, gas, food and medicine. Venezuelan assets frozen in United States, United Kingdom and Portuguese banks amount to” $6 billion, she says.

The social impact of this strangulation is stark, and Douhan does not shy away from the implications. The report states that in the past six years, 2.5 million Venezuelans have slipped into food insecurity, while electricity generation levels have fallen to 20 percent. Douhan writes: “Coping mechanisms include a decrease of the number of meals per day (1 or 2 instead of 3); reduced quantity and quality of food; de-capitalization/selling of household assets to eat; and reduced health, clothing and education expenses; with correlated increases in family crises, tensions, violence and separations; child labor; involvement in the gray economy; criminal activity, including drug and human trafficking; forced labor; and migration.” Government measures to fight against hunger have been constrained by a lack of resources.

Douhan’s report clearly points to the sanctions as the main instrument for this social crisis in Venezuela. These policies, she writes, are against all the axioms of international law, including the International Covenant on Civil and Political Rights. On December 10, 2020, Douhan had released guidance on sanctions and COVID-19, in which she suggested that “humanitarian exemptions remain ineffective, inefficient and inadequate.” In her preliminary report on Venezuela, Douhan repeats the point that the humanitarian exemptions are “ineffective and insufficient,” but adds that they are “subject to lengthy and costly procedures, and do not cover the delivery of spare parts, equipment and machinery necessary for maintenance and restoration of the economy and public services.”

Essentially, the UN special rapporteur calls for the lifting of all sanctions against Venezuela. The European Union did not blink but, instead, added 19 Venezuelan officials to its sanctions list (Venezuela consequently expelled the EU ambassador). US President Joe Biden’s team has said that his administration would retain Donald Trump’s sanctions and “no contact” policy against Venezuela. Biden might, however, allow Venezuela to conduct crude-for-diesel swaps with oil firms, although there is no formal move in this direction.

It is impossible for a government to be cavalier about such a deep social crisis. On a regular basis, the various social forces in Venezuela take to the streets to protest the blockade and to strengthen the political will through this period of protracted crisis. Even during the pandemic, there has been a heightened political awareness through online and offline manifestations and events. But such political mobilization by itself does not feed a population that has cut between one and two meals a day.

We spoke to William Castillo, vice minister of anti-blockade policies, about the passage of an anti-blockade law in September 2020. The sanctions policy, Castillo told us while Douhan was in Caracas, is “increasing the suffocation of the people.” The United States and EU sanctions policy has two faces: direct sanctions against firms and people who trade with the Venezuelan government, and indirect sanctions that penalize those who do business with those who violate the direct sanctions. This latter has produced what is known as “overcompliance,” and it is a “kind of blackmail,” Castillo told us.

RELATED CONTENT: The Blockade is a Crime Against Humanity

The anti-blockade law, Castillo said, is “temporary,” and it seeks to shield those who do business with Venezuela from the United States and EU sanctions. “The anti-blockade law essentially aims to activate all the productive forces in the country—both public and private—to revive the economy. It is nonsense and demagogic to say that we have turned toward a privatization policy,” Castillo said, “when we are giving all sectors the capacity to break the blockade.”

Experimental policies of all sorts are on the table: digital payments for public transport, a new tax system on foreign currency transactions, increased taxes on Venezuela’s wealthy residents, and stimulation of agriculture.

Venezuela will continue to rely upon its oil industry until it is able to reorient its entire economy, a process that began in the 2000s. “Without resources for the country,” Castillo told us, “there can be no redistributive social policies. Even with the blockade, the Venezuelan state continues to devote 70 percent of its income to social policy.” Part of this money went toward building more than 3 million homes for the people, keeping more than 10 million children in the public school system, and providing subsidized food to 6 million families. “How much more we would be able to do,” Castillo said, “if we could recover our income that has been stolen and blocked!”

Vijay Prashad is an Indian historian, editor and journalist. He is a writing fellow and chief correspondent at Globetrotter. He is the chief editor of LeftWord Books and the director of Tricontinental: Institute for Social Research. He is a senior non-resident fellow at Chongyang Institute for Financial Studies, Renmin University of China. He has written more than 20 books, including The Darker Nations and The Poorer Nations. His latest book is Washington Bullets, with an introduction by Evo Morales Ayma.

Manolo De Los Santos is a researcher and a political activist. For 10 years, he worked in the organization of solidarity and education programs to challenge the United States’ regime of illegal sanctions and blockades. Based out of Cuba for many years, Manolo has worked toward building international networks of people’s movements and organizations. In 2018, he became the founding director of the People’s Forum in New York City, a movement incubator for working-class communities to build unity across historic lines of division at home and abroad. He also collaborates as a researcher with Tricontinental: Institute of Social Research and is a Globetrotter/Peoples Dispatch fellow.

Featured image: Venezuelan President Nicolás Maduro signed a decree to use recycled products in national production. This is one of many initiatives the government has launched as part of its economic recovery plan. Photo: Twitter 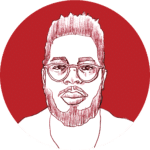