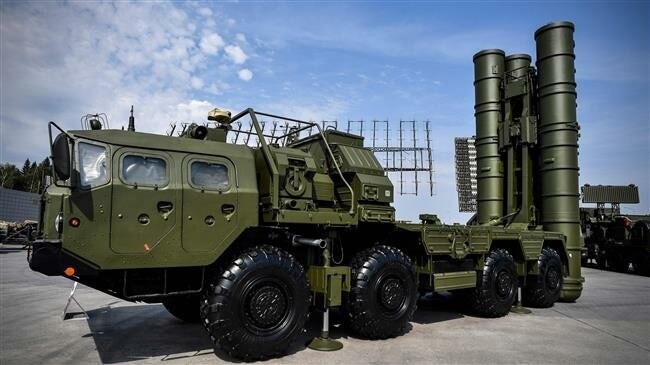 Russia says it is ready to deliver advanced S-400 air defense missile systems to Iran but says it has not yet received any official request from the Islamic Republic for such a sale.

“We are open for discussions on delivering S-400 Triumph air defense systems, including to Iran. Especially given that this equipment is not subject to restrictions outlined in UN Security Council’s resolution issued on June 20, 2015,” a representative of the press service of the Russian Federal Service of Military-Technical Cooperation told Sputnik on Friday.

The official, whose name was not mentioned in the report, was referring to the UN Security Council Resolution 2231 (2015), which was adopted four years ago to endorse a nuclear deal between Iran and six other countries at the time, including Russia.

Iran has already received the earlier version of the missile defense system, the S-300, whose procurement had been withheld until the adoption of Resolution 2231 even though Russia had undertaken to deliver the systems to Iran under an 800-million-dollar deal reached in 2007.

The resolution terminated all past Security Council sanctions on Tehran, including those that prohibited the supply of arms.

In a report published on May 30, Bloomberg claimed Russia had rejected Iran’s request to buy S-400 missile defense systems, “concerned that the sale would stoke more tension” in the Middle East.

But a Russian deputy prime minister rejected the Bloomberg report back in early June.

The Russian official who spoke on Friday also stressed that Russia had “not received an official request from our partners on this matter yet.”

The newer remarks come amid heightened US hostility toward Iran. US President Donald Trump has withdrawn America from the deal with Iran, has imposed sanctions on the Islamic Republic, and has several times threatened to attack the country.

Despite the US’s withdrawal, the other signatories to the deal have remained in it, referencing international law, including Resolution 2231, for cooperation with Tehran.

The S-400 is an advanced air and missile defense system intended to engage incoming hostiles at ranges of up to 400 kilometers.