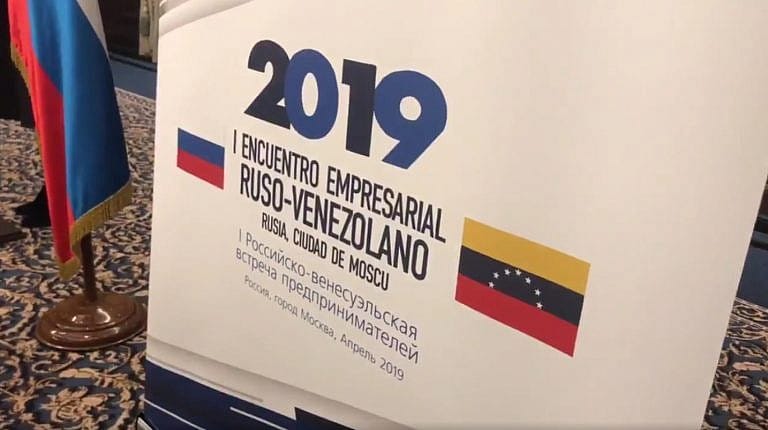 During the First Economic Forum of Russia-Venezuela, the Vice President of Planning in Venezuela, Ricardo Menéndez, ratified the commitment to build long-term strategic relations between both countries.

The conference held in Moscow, Russia, as part of the 14th Intergovernmental Mixed Bilateral Commission (CIAN), brings together entrepreneurs from various production areas of the Slavic nation and the Bolivarian country.

Menéndez stressed that one of the strategic points is to change the technological matrix to make the Venezuelan economy independent: “We are witnessing the opportunity to sow a productive matrix , a long-term relationship between our countries.”

On the other hand, Yomana Koteich, Minister of the Popular Power of Foreign Trade and International Investment, who participated in the kick-off of the event, explained the benefits offered by Venezuela and its legal framework.

“We are a Venezuela open to the world, as our new country brand says, open to the future, which today will allow us in a much more tangible way to put into practice the agreements that we are developing within the framework of these mixed commissions”, said the Venezuelan official.

She added that the development of the forestry motor, automotive motor and the mining sector can give “great opportunities to Russia to participate in our commercial sector.”

Business conference
Russian and Venezuelan businessmen had the opportunity to arrange investment initiatives in the business rounds that took place in the context of the First Russia-Venezuela Business Forum.

In this scenario they made known the Venezuelan exportable offerings, which not only implies the export of coffee, cocoa, rum, exotic fruits and other crops, but also the agro-industrial potential.