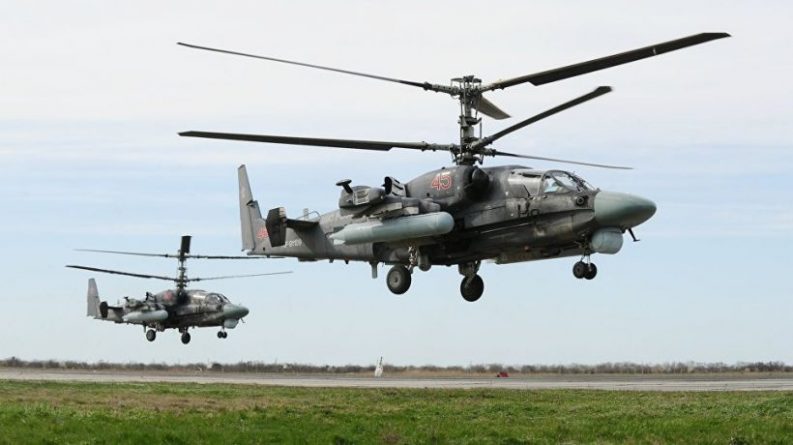 From Colombia, suspicions about the presence of Russian military personnel in Venezuela, are in clear synchrony with Washington spokesmen who have lashed out against the technical-military cooperation that the oil nation has with the Russian Federation.

In effect, the House of Representatives of the United States recently approved three bills that require the State Department to study measures against what they have called the “Venezuelan-Russian threat”.

Through this battery of laws it is confirmed that the Venezuelan issue now has Russian seasoning. But we do not stop seeing paradoxes in this legislation. Among them, a Weapons Restriction Law was signed against Venezuela that ratifies an embargo of US arms to Venezuela, a situation that ignited -since the beginning of the first government of Hugo Chávez- Venezuela’s cooperation with the world’s second largest arms manufacturer, Russia.

HOSTILITIES FROM COLOMBIA
Carlos Holmes Trujillo, Chancellor of Colombia, recently responded to a communication from the Embassy of the Russian Federation in that country and an arc of an unusual cycle of tensions between these nations has been opened.

In response to a request from Russia that Colombia stay away from the possibilities of a conflict in Venezuela, as this is an act harmful to international law, the foreign minister replied that “Colombia reiterates that any deployment or military incursion in support of the regime of Nicolás Maduro puts at risk the democratic transition and constitutional normalization in Venezuela, and constitutes a threat to peace, security and stability in the region. ”

This new harsh declaration from Colombia suggests the development of an openly hostile rhetoric, as an act by way of a third party and entrusted by the US against Russia, because last week, Holmes Trujillo had described as “a military incursion” the arrival of Russian soldiers to Venezuela aboard two aircraft that landed at the Maiquetía airport.

The declarations of the Colombian Foreign Minister are of total incongruity and enormous disproportionality, if we understand that the US presence in eight military bases in Colombia can be qualified as a military incursion projected towards Venezuela.

THE MILITARY COOPERATION RUSSIA-VENEZUELA
In another order of ideas and as reported by the Russian TASS agency, in Venezuela “a training center for helicopter pilots, created with the help of Russian specialists” was opened.

The Rosoboronexport press service reported that “a modern helicopter training center was built under the Rosoboronexport contract with the Venezuelan state defense manufacturer (CAVIM), and its opening ceremony took place on March 29.”

Rosoboronexport is the main state company of marketing and export of Russian defense products, which for years has maintained various agreements of cooperation and sale of military supplies with Venezuela.

This center, according to the state defense, “will provide Venezuelan pilots with the opportunity to train the use of the helicopters Mi17V-5, Mi-35M and Mi-26T”, with which, according to a Venezuelan aviation source cited by TASS, will increase “the active role in the fight against drug trafficking in the states of Barinas, Apure and Amazonas,” given that, “as a rule, they are used to detect and destroy drug trafficking convoys that travel by land and rivers.”

This detailed information, on the one hand, clarifies the unfounded doubts by the United States government and the Western media about the presence of Russian military personnel who arrived in Venezuela recently. As the Russian government and Venezuela asserted, the arrival of these personnel was aimed at strengthening technical cooperation on a military scale between the two countries, as evidenced by the installation of this training center for Venezuelan pilots.

SUSPICIONS AND RISKS
These agreements in military matters undoubtedly increase the capabilities of the FANB in ​​a comprehensive manner. That is, they are projected to the development of a cohesive defensive and offensive strategic approach, against the open and deliberate specific military threats that have been made by the Trump administration.

This element concerns Colombia for its logistically practical and operationally servile position to the US government, in the event of a conflict with Venezuela.  It infers that before the possibility of an intervention of Venezuela from Colombia -in fact- it is a threat for the Colombian troops, that Venezuela increases its tactical and strategic capacities.

But beyond the possibility of a war, Venezuela continues to increase its operational readiness for routine tasks that certainly concern Colombia.

The helicopters and planes that Venezuela has acquired from Russia have served to neutralize the activities of the Colombian drug trafficking because it is a matter of national security, due to the paramilitary component that it carries and the financing that the Colombian drug trafficking has in the destabilization of Venezuela, successively denounced by the government of Venezuela.

The concept of integral strategic security of the FANB implies the safeguarding of Venezuelan territory and airspace of illegitimate and criminal activities of transnational organized crime elements.

The Airspace Control Law that was sanctioned in May 2012 by President Hugo Chávez has authorized the use of force against any aircraft that, according to the protocols of the law, is considered hostile or is presumed to carry out illegal activities in the national airspace.

In 2015, the immobilization of more than 100 aircraft was announced and the number has continued to grow, reaching 200 units immobilized, unused and detained up to 2019.

The protocols announced by the Venezuelan authorities have indicated that the aircraft have been detected by the new radar systems supplied by Russia and China in their cooperation with Venezuela. Then these aircraft are engaged in the air by Venezuelan aviation and are ordered to land. (In the worst case scenarios the aircraft have to be shot down).

In most cases, these aircraft land and their occupants are ordered to leave the unit so that it is immobilized and unused in the air by armed action. In many opportunities these operations have the support from the air of Russian made helicopters in the hands of Venezuelan aviation.

For Venezuela, the increase of its operational capacities is indispensable. In 2015, a Sukhoi-30 fighter plane of the Venezuelan Air Force rushed to the ground, according to the Ministry of Defense, in a statement posted on its website. The aircraft would have gone aground while performing an intercept action on an illicit aircraft that would have entered Venezuelan airspace from the northwestern region of the country, heading south towards the border with the Republic of Colombia.

The concerns from Colombia about the increase of the operational capabilities of the Venezuelan forces are perfectly clear if we understand that the Colombian government is an institutional franchise of drug trafficking. An activity that does not stop growing in that country and likewise Donald Trump himself pointed it out days ago.

Trump accused his Colombian counterpart Ivan Duque on Friday of not having “done anything” to stop the flow of drugs from Colombia. “There are more drugs coming out of Colombia right now,” -Trump said- than before Duque was president.

Indeed, in June 2018, Colombia reached record levels in coca plant crops and the potential for cocaine production, according to a report by the Office of National Drug Control Policy of the United States (ONDCP).