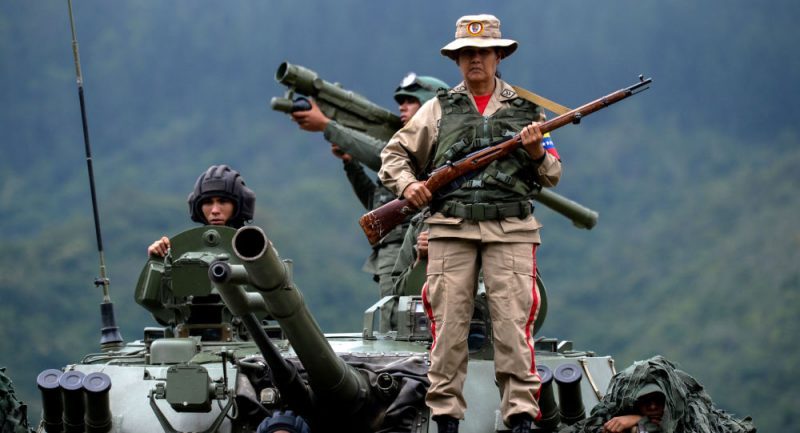 The situation in Venezuela has been tense since January following the eruption of anti-government protests, fueled by opposition leader Juan Guaido’s proclamation as the nation’s interim president.

Russian Deputy Foreign Minister Sergey Ryabkov has told journalists on Friday that Moscow is determined to counter any internal or external attempts to destabilize the situation in Venezuela. The official stressed that the United States keeps on devising ways to further destabilize the situation in the country. However, he noted that their efforts fail due to the public support for the legitimately elected authorities.

Ryabkov also underlined that Moscow will continue to boost the potential of the Venezuelan Armed Forces.

“We will certainly take measures under the existing agreements, which will help strengthen the potential of that country’s Armed Forces”, Ryabkov told reporters.

Ryabkov underlined that the focus will be placed on the equipment sent to Venezuela, once again dismissing speculations that Russia has military personnel deployed in the Latin American country.

Venezuela has been plagued by political instability since January when US-backed opposition leader and head of the National Assembly Juan Guaido proclaimed himself interim president in a bid to replace incumbent president Nicolas Maduro.

The United States and its allies, including a number of EU nations, immediately recognized Guaido, while Russia, China, Cuba, Bolivia, Turkey, among others, voiced their support for Maduro as the country’s only legitimate president.

Russia has underlined several times that the presence of Russian military experts in Venezuela is completely legitimate. The specialists are in the country to train technicians and work on repair and maintenance of weapons systems, previously sent to Venezuela under bilateral defense industry cooperation agreements.