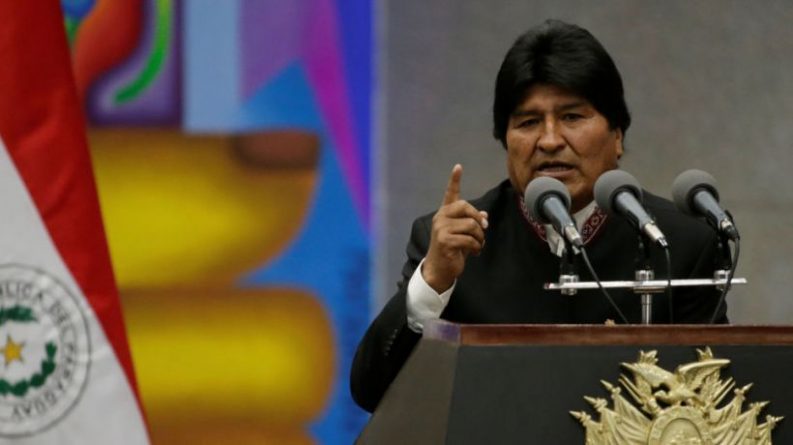 Bolivian President Evo Morales gave an interview to the Russian agency Sputnik, in which he expressed his views on the situation in Venezuela and gave a political recommendation for a solution to the crisis.

We reproduce textually the part in which he talks about the Venezuelan case.

How, in your opinion, will the situation in Venezuela develop?

It’s surprising. I regret that they appoint Juan Guaidó as president. That’s like in colonial times, the viceroy. It is no way to administer States. It is not the empire or the OAS who have to recognize Guaidó; Venezuelan people are the only ones able to recognize him. But as they do not recognize him, everything turns out badly for the American empire.

So, we must all bet on the joint work being restored. It is good that there is an open agenda among Venezuelans politically, democratically, socially and fundamentally, economically.

What game is the US playing with Venezuela?

I feel that these provocations coming from the North American empire are at a dead end. If they have not been able to dominate other parts (of the world), except perhaps Libya, then they are failing on other continents. Maybe they want to retake Latin America for the United States. But, despite the governments of the right, what did Latin America say? That we do not accept intervention in Venezuela. And that is another failure and, with so many intervention attempts and so many coups d’état, the US fails. So, that will not be the road. And again I want to say that Venezuelans should solve their problems by themselves.

And what is the outcome of the situation in Venezuela?

Do you think the US will dare to intervene militarily in Venezuela?

Could a meeting between Maduro and Trump help resolve this situation?

Of course, there should be political will. I heard that Maduro wants to meet, but Trump does not accept. Any election with the participation of Maduro, in my view the problem would be solved. But the United States asks to hold an election where Maduro does not participate. It is not very democratic.