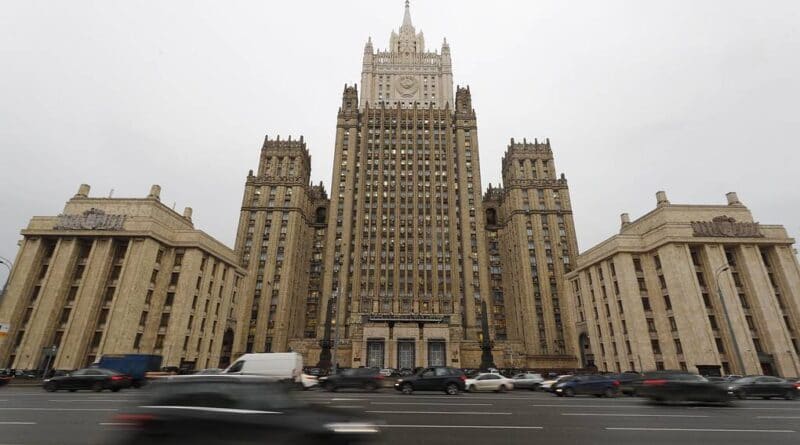 In connection with the so called summit for democracy to be held on December 9-10 at the initiative of the US administration, we consider it necessary to make the following statement.

The organisers and enthusiasts behind this strange event claim to lead the world in advancing the cause of democracy and human rights. However, the track record and reputation of the United States, Great Britain, and the EU member states in terms of respecting democratic rights and freedoms at home, as well as in the international arena, are, to put it mildly, far from ideal.

The evidence suggests that the United States and its allies cannot and should not claim the status of a “beacon” of democracy, since they themselves have chronic problems with freedom of speech, election administration, corruption and human rights.

The editorial policy of major Western media outlets is, in fact, controlled by the partisan and corporate elites. Well-oiled mechanisms for censorship, self-censorship and the removal of unwanted accounts and content from digital platforms are used to suppress dissent in the media, which represents a gross violation of the right to free expression promoted by the West.

RELATED CONTENT: US and its Neo-Nazi Puppets in Ukraine Threaten War with Russia

Social media platforms controlled by US corporations are widely used for disinformation, propaganda and manipulation of public opinion. Mass electronic surveillance by intelligence agencies and the IT corporations that collaborate with them has become a reality of daily life in Western states.

About a year ago, during the election campaign in the United States, the world saw how the archaic electoral system of that country began to crumble. The existing vote counting mechanism has revealed itself to have many weaknesses. Millions of Americans question the fairness and transparency of the 2020 presidential election. This is understandable, because the way it was conducted and its outcome involved dubious practices such as gerrymandering, multi-week mail voting, and denying observers, especially international ones, access to polling stations.

Serious questions arise from the continuing reprisals of US authorities against protesters outside the Capitol on January 6, whom the US administration and aligned media openly call “domestic terrorists.” Dozens of people who disagreed with the results of the presidential election were sentenced to prison time which is disproportionate to their opposition activities.

While fashioning itself as the “global democratic leader”, the United States has for many years led the world in the number of prisoners (over 2 million people). Conditions in many penitentiary institutions degrade human dignity. Washington continues to keep silent about torture at the Guantanamo Bay prison. The US intelligence services pioneered the creation of secret prisons in allied states, a practice without precedent in the modern world.

Lobbying in the United States is, in fact, legalised corruption. Legislatures are de facto controlled by big business. Both within the country and internationally, they primarily defend the interests of their sponsors, such as private corporations, rather than the people, voters.

Against this backdrop, the democratising rhetoric coming from Washington is not only completely disconnected from reality, but is also utterly hypocritical. Before embarking on the path of “exporting democracy,” we urge our North American partners to first address their problems at home, and to try to overcome the deepening divisions in society on matters of ethics, values, and vision of the country’s past and future. Humbly admitting that US democracy is not perfect is clearly not enough.

Great Britain cannot position itself as a progressive democracy, either. That country is a comfortable home to organisations professing neo-Nazi ideology with rising incidents of racism and discrimination against ethnic and cultural minorities in many spheres of public life. There have been cases of British intelligence illegally gathering personal data of their own citizens, and police violence, including against peaceful demonstrators, has become commonplace.

The situation in the EU is no better. Brussels consistently ignores the legitimate rights and interests of ethnic Russians and Russian-speaking residents in the Baltic states, Ukraine and Moldova. It turns a blind eye to the mythmaking of the new EU member states in political history, where former Nazi henchmen who committed war crimes are proclaimed national heroes. Administrative suppression of dissent, aggressive inculcation of ultra-liberal values ​​and practices that are destroying the Christian foundations of European civilisation have become commonplace in many EU states.

Claiming to be on the right side of ideology and morality, the United States and a small group of its allies have undermined confidence in themselves with aggressive actions on the world stage under the banner of “promoting democracy.” There were more than a dozen military interventions and attempts at “regime change” over the past 30 years. Provocative actions in the military-political sphere often flagrantly violate international law, and cause only chaos and destruction.

Recent history shows that military adventures with the aim of forced democratisation ended in bloody wars and national tragedies in the countries that fell victim to this policy, among them former Yugoslavia, Afghanistan, Iraq, Libya and Syria. All kinds of pretexts were used to unleash wars – the need to combat terrorism and WMD proliferation and “to protect civilians.”

Everyone remembers how after the military intervention of “the coalition of the willing” in Iraq in 2003, President George W. Bush on board the Abraham Lincoln aircraft carrier announced the victory of democracy in that country. What happened next is common knowledge. There are no precise statistics to this day but according to some estimates, hundreds of thousands of Iraqis perished before their time.

Despite spending enormous sums running into the trillions of dollars, the American mission in Afghanistan ended in complete failure. The chaotic exodus of Americans and other members of the US-led coalition from Kabul last August was the sad culmination of the “war on terror” that lasted more than 20 years.

Libya has still yet to recover from NATO operation to “protect the civilians”. For all the peculiarities of the former socio-political system in the Jamahiriya, Libya was a stable country that ensured decent living standards for its population. This ill-conceived military action led, among other consequences, to the uncontrolled spread of weapons and terrorists in the entire Sahara-Sahel region.

We can continue quoting examples revealing the hypocrisy at the core of this “summit for democracy.” But is it necessary?

Russia, whom our Western colleagues have accused of almost every mortal sin of late, is shaping its foreign policy in a different way. We do not impose our own development model on anyone. We respect cultural and religious identities of every nation as well as distinct qualities of their political systems. We also respect the right of every nation to detemine in an independent way  its path of development. We are not going to dictate our world view to anyone. In the international arena, the rules we follow are the UN Charter #OurRulesUNCharter.

Russia strives to play a balancing, stabilising role in global politics. We uphold sovereign equality of states, non-interference in their internal affairs, non-use of force or threat of force, and peaceful settlement of disputes. We stand for international relations based on peaceful coexistence, cooperation and solidarity, equal universal security and fair distribution of the benefits of globalisation.

Russia is a world power with Eurasian and European roots to its identity. It does not chart its development trajectory exclusively in line with trans-Atlantic political, economic and cultural templates. We do not agree with the aggressive imposition of the so-called “new ethics” that are destroying moral standards upheld by traditional religions and respected by humanity for centuries.

Pursuing a non-confrontational and well-balanced foreign policy, we strive to create opportunities for the unimpeded development of all international players. We do not copy the example of the Western countries and do not intrude in their domestic affairs: if individuals living in these countries, or some of them, support the destruction of traditional moral and spiritual values, we merely regret this but nothing more than that.

We support dialogue between cultures, religions and civilisations as an important instrument for forming a unifying agenda and building up trust in relations between states and societies.

To resolve pressing problems, we urge all foreign partners not to engage in “democracy promotion,” not to draw new dividing lines, but to return to the compliance with international law and to enforce the principle of the sovereign equality of states, which is enshrined in the UN Charter. It embodies the foundation for a democratic world order that the US and its allies do not accept.

As humanity continues to combat the COVID-19 pandemic and its aftereffects, the cooperation of all states on the basis of the principles of the UN Charter is needed now more than ever.

(The Ministry of Foreign Affairs of the Russian Federation)