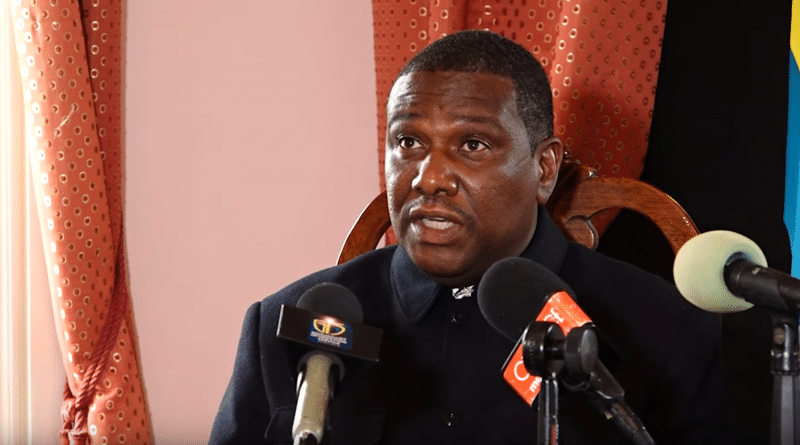 The Caribbean island nation of Saint Lucia will be leaving the ‘Lima Group’ and is restoring its relationship with Venezuela based on CARICOM’s position of non-interference in the internal affairs of a sovereign state.

The new Saint Lucia Labour Party (SLP) government, led by Prime Minister Philip Pierre, is the second to announce its withdrawal from the interventionist Lima Group this week, following Peru’s announcement to leave the entity.

President Nicolas Maduro sent his congratulations to the Prime Minister for his election, through Raúl Licausi, Venezuelan Deputy Minister of Foreign Affairs, who met with the PM after attending the swearing in of Prime Minister Pierre’s cabinet on August 5th.

RELATED CONTENT: Saint Lucia to Leave the Lima Group: ‘It Never Had Value for us’

“With immediate effect we are going to get out of the Lima Group arrangement – that morally bankrupt, mongoose gang,” 🇱🇨 🇻🇪 pic.twitter.com/RSAE0UotJC

Saint Lucia’s Minister for External Affairs, Alva Baptiste, has criticized the positions of the former Alan Chastanet administration and says he’s already repairing the country’s “largely destroyed relationships abroad” with a re-commitment to Venezuela, and was quoted in local media, stating, “with immediate effect we are going to get out of the Lima Group arrangement – that morally bankrupt, mongoose gang.”

Five states in total will have withdrawn from the Lima Group since 2019 in rejection of the permanent US-led campaign to try to intervene in and destabilize Venezuela: Mexico, Argentina, Bolivia, Peru and Saint Lucia.

For more on this story, head to Peoples Dispatch and Canadian Dimension.

The Lima Group has been left without Lima pic.twitter.com/ni1mvOIz3H