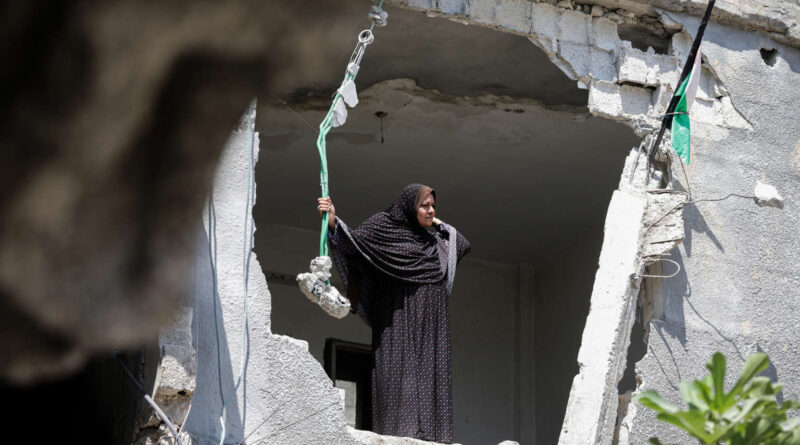 Even after years of dedicated judo training, both Mohamed Abdalarasool from Sudan and Fethi Nourine from Algeria refused to compete in the Tokyo Olympics when they were slated to perform against an Israeli athlete. In an official statement, Nourine said to an Algerian TV station, “We worked a lot to reach the Olympics… but the Palestinian cause is bigger than all of this.” This gesture of sacrifice and solidarity with Palestinians oppressed by Israel earned Abdalarasool and Nourine hero status in the Arab world and beyond.

In another refreshing move, corporate giant Ben and Jerry’s also chose the side of justice. On July 19, it froze operations in illegal Israeli settlements in the occupied West Bank and announced it would halt ice cream sales there as well — a partial boycott. (The company will continue operating inside Israel, even though Palestinians and our supporters have demanded that it shut down there, too.)

The ensuing Israeli and Zionist response to the announcement is an indication that this Boycott, Divestment and Sanctions (BDS) movement victory is an important one.

While these types of victories appear to be few and far between, Palestinians and our supporters have reason to celebrate. In support of the “Unity Uprising” — the Palestinian people’s resistance to Israel’s occupation, colonization and ethnic cleansing — across historical Palestine (defined as the West Bank, Gaza Strip, Jerusalem and 1948 Palestine [what Palestinians call the state of Israel]) in May, protests in the U.S. and around the globe mobilized hundreds of thousands of people into the streets to demand an end to the U.S. and other imperialist governments’ military, financial and diplomatic support for Israel.

Colleges and universities across the U.S. are actively changing the discourse on Palestine, despite massive repression against faculty, staff and Palestinian and other members of Students for Justice in Palestine who criticize Israel and Zionism. And efforts to criminalize BDS prove that our movement for liberation is gaining momentum.

In addition to Olympians, corporations, students, faculty, organizers and activists, and everyday individuals who are calling for freedom for Palestinians, even some in the U.S. House of Representatives, like the original Squad (Alexandria Ocasio-Cortez, Ayanna Pressley, Rashida Tlaib and Ilhan Omar), Cori Bush, Jesus “Chuy” Garcia, Mark Pocan, Jamaal Bowman, Marie Newman and Betty McCollum are openly criticizing Israel and taking bold stands in solidarity with Palestine. McCollum recently introduced the Palestinian Children and Families Act (HR 2590), which, if passed, would protect the rights of Palestinian children and their families by prohibiting Israel from using U.S. taxpayer dollars to imprison children, build illegal settlements and annex Palestinian land.

Schakowsky and others have gotten a pass from many Palestinians and our supporters for far too long, and it is time for the “progressives” to prove that they deserve the mantle.

The life-affirming premise of HR 2590 is the eradication of violence against Palestinian children and their families. It prioritizes children’s safety and health by challenging the violent injustices of Israeli occupation and colonization. Specifically, the bill sounds the alarm on Israel’s abuse and torture of the nearly 700 children under the age of 18 who are prosecuted every year through Israeli military courts after being arrested, interrogated and detained by the Israeli army. The incarceration of Palestinian children (and political prisoners in general) is a tactic of Israeli colonizers that attempts to criminalize all resistance — from participating in a demonstration and throwing stones, to storytelling through dance — against the racist, apartheid state.

The crimes of Israeli occupation are made even more visible when we examine how incarceration under Israeli military rule impacts the emotional well-being of children. Take, for instance, Obaida Jawabra, who, before being shot and killed by the Israeli military during the Unity Uprising this May, detailed at length in a film produced by Defense for Children International-Palestine (DCIP) the suffocating nature of the occupation and the horrific treatment he endured while in the Israeli military detention system. The inhumane tactics of being bound, blindfolded, physically abused and left without family or legal representation are widespread and systematic examples of torture against Palestinian children like Jawabra. Other pervasive and traumatic experiences documented by DCIP include coercive interrogations, solitary confinement, painful methods of restraint and denial of due process. Palestinian children who are abducted from their families and detained in military prisons are left with devastating trauma.

In addition to addressing abuses by military courts, HR 2590 would also mitigate other forms of Israel’s campaign of terror on Palestinian children and their families, like land theft, home demolitions and ethnic cleansing. In May, Israel escalated its assault on Palestinians when it stormed the Al-Aqsa Mosque compound in Jerusalem, disrupting worshipers’ rituals on the eve of Eid al-Fitr (the Muslim holiday celebrating the end of the month of Ramadan), and stepped up its deliberate expulsions of Palestinians living in Jerusalem neighborhoods like Sheikh Jarrah and Silwan. From May 10 to 21, Israel also attacked the Gaza Strip from the air, with bombing raids that murdered entire familiesand indiscriminately destroyed infrastructure, including a building that housed international journalists from the Associated Press, Al-Jazeera, and other media outlets. The massive military operation killed more than 260 Palestinians, including at least 66 children.

Palestinians in Gaza, Jerusalem, Al-Lydd, Ramallah, and all across the diaspora responded to Zionist Israeli aggression with popular resistance. This historic Unity Uprising was symbolic of the Palestinian people’s steadfast determination to remain on their lands and inviolable opposition to compromise their right to live freely, in dignity and safety.

Palestinians across the world have different roles and responsibilities in our fight against Israel for national liberation. The U.S. government provides billions of dollars in annual aid to Israel, which is used to occupy and colonize our people. House Democrats just pushed through a State Department appropriations measure that promises $3.3 billion in military aid to Israel this upcoming budget year. (Unfortunately, of the progressives we describe as “bold” above, only Bush, Ocasio-Cortez and Tlaib voted against the measure; this development is indicative of the limitations of legislative work.)

There is nothing radical or even controversial about a law that states that U.S. taxpayers should not foot the bill for Israeli state-sanctioned violence against Palestinian children.

Here in the U.S., many Palestinians unite in coalition with other oppressed communities against a government here that is responsible for systematic violations of the human rights and civil rights of Black people, immigrants, workers, and so many others. We support labor strikes, comprehensive immigration reform, struggles for women’s rights and mass civil disobedience because our liberation is bound with the liberation of all oppressed communities here and abroad. U.S. imperialism is not only the enemy of Palestinians, but of all the world’s people.

The institution we represent, the U.S. Palestinian Community Network (USPCN), believes in direct action organizing, but here in the belly of the beast, we also recognize that a diversity of tactics is sometimes necessary.

This is why USPCN is a community-based sponsor of HR 2590, and why we are demanding that Congressional Progressive Caucus members in the House, like Jan Schakowsky (D-Illinois), Barbara Lee (D-California), Katie Porter (D-California), Gwen Moore (D-Wisconsin) and Debbie Dingell (D-Michigan) co-sponsor it immediately.

Four of Schakowsky’s colleagues in Illinois (Garcia, Newman, Danny Davis and Bobby Rush) are original co-sponsors of HR 2590. Five California congresspeople have also co-sponsored, while we wait on Lee and Porter, who represent parts of the Bay Area and Orange County, respectively, which have large Palestinian and Arab populations. Moore and Dingell also represent districts where many Palestinians and other Arabs live.

USPCN has chapters in all these districts, and we have already organized numerous actions targeting Schakowsky, who is clearly a champion for immigrant, workers’ and women’s rights. Her reluctance to co-sponsor HR 2590 is emblematic of the phenomenon of “Progressive, Except on Palestine.”

But that is not acceptable. Schakowsky and others have gotten a pass from many Palestinians and our supporters for far too long, and it is time for the “progressives” to prove that they deserve the mantle. USPCN has staged a sit-in at Schakowsky’s office, coordinated national call-in days targeting both her Chicago and D.C. offices, led a protest at her Chicago office and organized a Lights for Palestine picket on one of the busiest intersections in the city. This is a protest movement that she has never faced in all her years as a congresswoman. The other aforementioned “progressives” are on notice as well.

There is nothing radical or even controversial about a law that states that U.S. taxpayers should not foot the bill for Israeli state-sanctioned violence against Palestinian children. Ultimately, this legislation challenges the status quo by exposing Israel’s horrifying crimes against children and support of settler violence, and by insisting that U.S. legislators, especially those who call themselves progressives, stop supporting a racist, white supremacist and apartheid state.

Dr. Souzan Naser is a counselor and associate professor at Moraine Valley Community College in the southwest suburbs of Chicago, where she has won awards for her work. She is a licensed clinical social worker who has a master’s degree in social work from the University of Michigan-Ann Arbor, and a doctor of education in educational stewardship, leadership and learning from the University of St. Francis. Naser is a leading member of the U.S. Palestinian Community Network’s Chicago chapter. 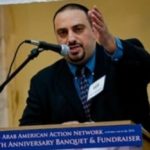