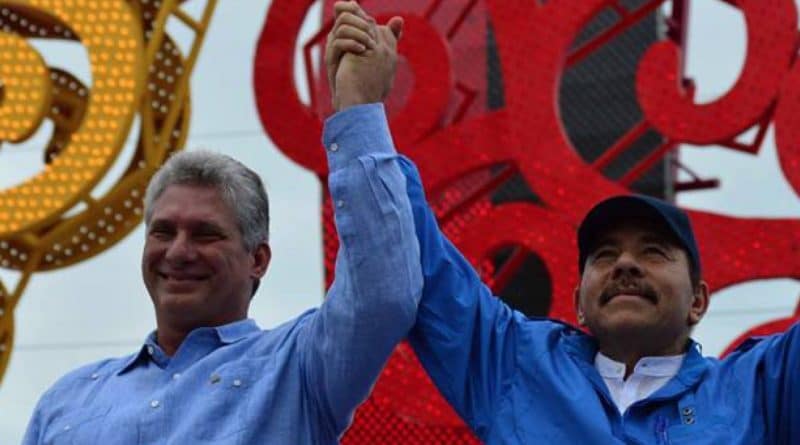 Nicaragua’s government has announced that it will send a humanitarian shipment of food to Cuba, and is preparing the Augusto C. Sandino Ship to set out for Havana in the coming days.

Vice President of Nicaragua, Rosario Murllio, broke the news of the solidarity act at noon Tuesday, “In the coming days, very soon our people, our Government will be sending the people and governments of that sister Cuba; inspiration of so many free beings in the world; a ship with Nicaraguan food to contribute in these times of a pandemic that also includes the Yankee plague that we are fighting,”

Murillo expressed gratitude to the people of Cuba and remarked on the close ties of friendship between the two nations.

“It is food which represent the respect and eternal gratitude of the Nicaraguan people, our Revolution, the people of Fidel, Raúl, Miguel; and the Cuban Revolution,” she said, while also reaffirming her support for Cuba amid ongoing interventionist attempts by the OAS against Cuba and Nicaragua.

RELATED CONTENT: Bolivia will Send Food and Syringes to Cuba

“Nicaragua will not lend itself to any attempt to violate the sovereignty of the sister republic of Cuba,” explained Murillo. 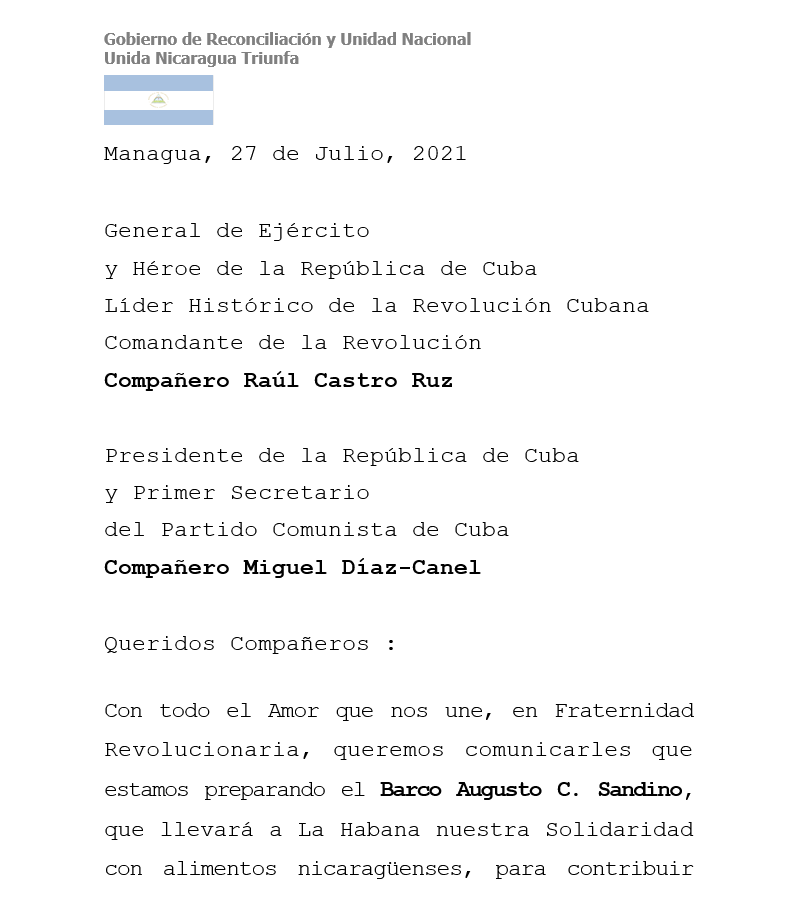 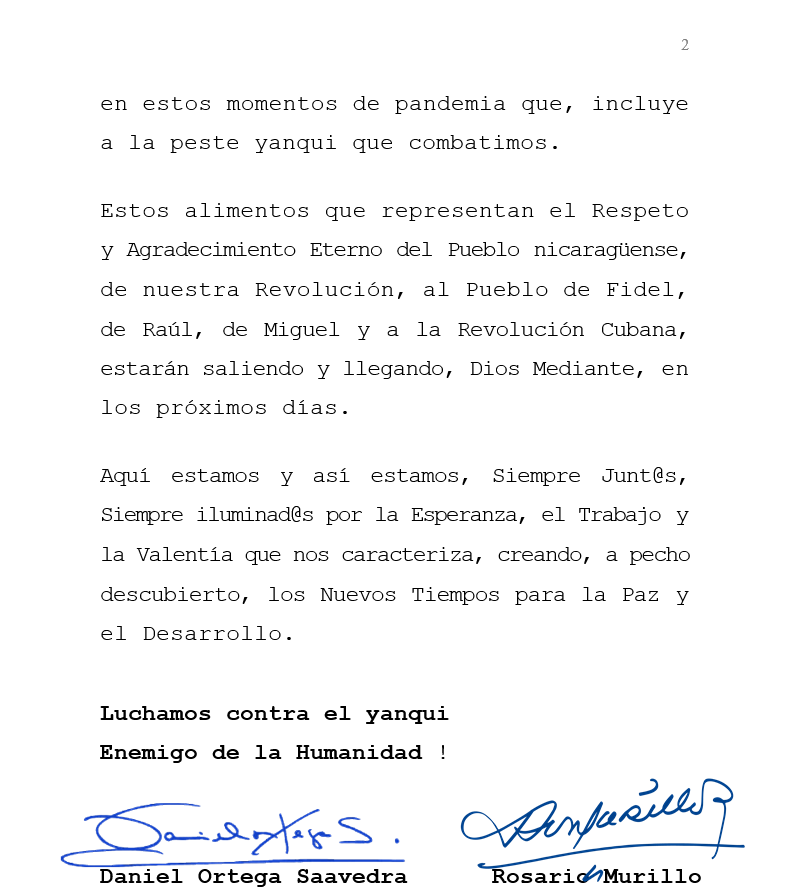 “With all the Love that unites us, in Revolutionary Fraternity, we want to inform you that we are preparing the Augusto C. Sandino Ship, which will take to Havana our Solidarity with Nicaraguan food, to contribute in these moments of pandemic that includes the Yankee plague that we fight.

These foods that represent the Eternal Respect and Gratitude of the Nicaraguan People, of our Revolution, the People of Fidel, Raúl, Miguel and the Cuban Revolution, will be leaving and arriving, God willing, in the coming days.

Here we are and that is how we are, Always Together, Always enlightened by Hope, Work and Courage that characterizes us, creating, bare-chested, the New Times for Peace and Development.

RELATED CONTENT: Cuba Thanks ALBA-TCP for its Support Against US Blockade

We fight the Yankee

Cuba has been the object of new U.S. financed destabilization plots as the Biden administration seeks an intensification of the six decades-long genocidal blockade on Cuba.

Meanwhile, Cuba’s embassy Paris, France was targeted in a terrorist attack on Monday night, involving the use of Molotov cocktails. Ambassador Elio Rodríguez Perdomo made statements to French and international media on Tuesday, saying such acts are motivated by the grown political-media campaign carried out by the government of the United States and enemies of Cuba against the stability of the country and the constitutional order.