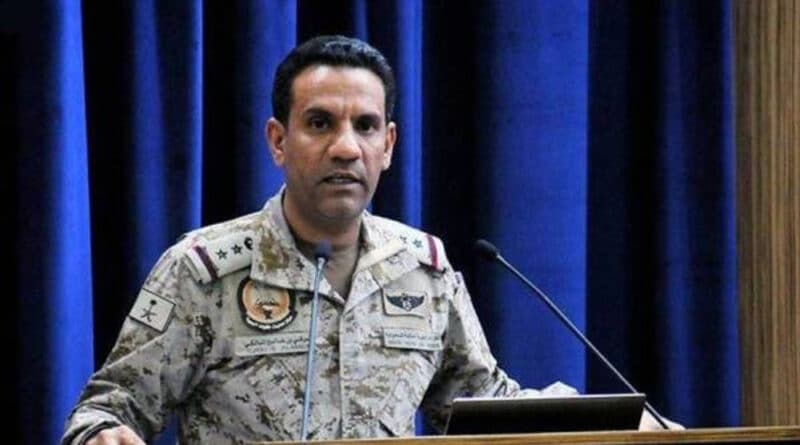 The Saudi Arabia-led military coalition that has been attacking Yemen for the past eight years, claims it will halt the offensive on Wednesday.

Turki al-Maliki, a spokesman for the coalition, made the announcement on Tuesday.

He alleged that the coalition would “take all steps and measures to make the ceasefire successful … and create a positive environment during the holy month of Ramadan to make peace and end the crisis.”

The military campaign, which has enjoyed unstinting arms, logistical, and political support on the part of the United States, has been seeking to reinstate Yemen’s former Riyadh- and Washington-friendly officials.

The offensive has stopped short of its goals while killing hundreds of thousands of Yemenis in the process and turning the entire Yemen into the scene of the world’s worst humanitarian crisis.

Making the announcement, Mahdi al-Mashat, head of the council, said that in line with the decision, Yemeni forces would stop all missile and drone strikes against Saudi Arabia for the stated period.

Sana’a would be prepared to “make the ceasefire permanent” if Saudi Arabia stopped its attacks against Yemen, lifted a simultaneous blockade that it has been exercising against the country, took all foreign forces out of Yemeni soil and waters, and stopped supporting local militants, Mashat noted.

Back in 2019, the two sides entered an agreement in Stockholm, Sweden to observe a ceasefire over the coastal province of al-Hudaydah, which receives the bulk of Yemen’s imports.

The coalition, however, never stopped bombarding the province, and keeps confiscating the vessels that arrive there carrying direly-needed fuel supplies.

Featured image: Turki al-Maliki, a spokesman for the Saudi Arabia-led coalition that has been attacking Yemen since March 2015