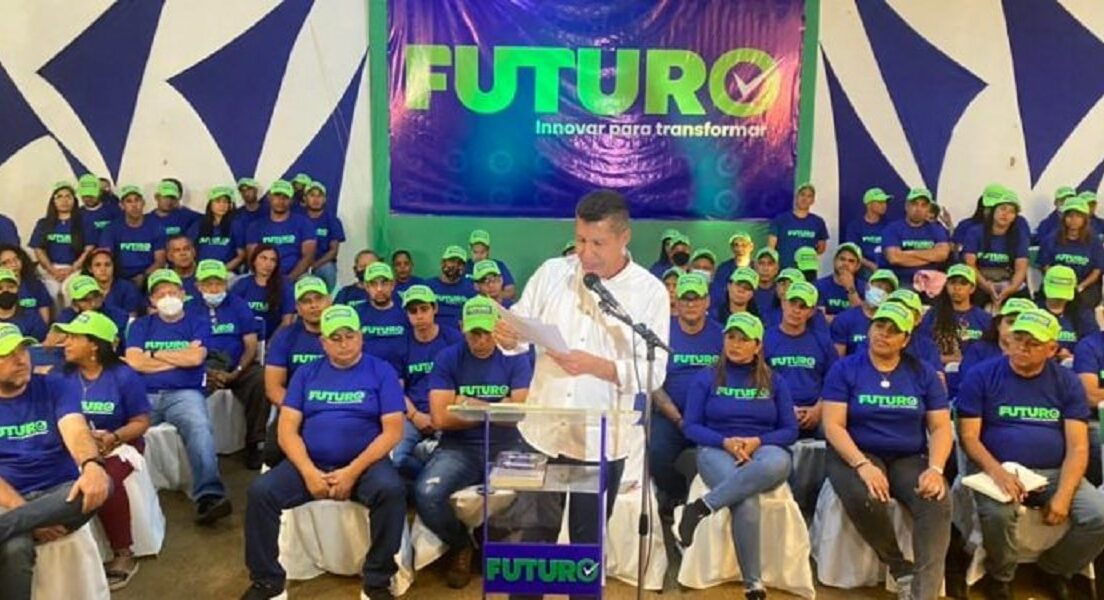 This Wednesday, March 30, with an eye on the 2024 presidential race, opposition leader Henri Falcón presented his new political party called Future. This announcement was made shortly after his departure from his former party, Progressive Advance.

During a press conference, from the Ávila Hotel in Caracas, Falcón officially launched “Futuro” as party which seeks to focus on the technological and educational development of the country, ensuring that it emerges as an “unequivocally collective effort of opposition [to the current Government of Venezuela].”

“I proudly present this collective project to the country, which is the realization of a dream through which we will build spaces of solidarity, understanding and respect. Future is a political movement of unequivocal opposition,” he said.

Likewise, he stressed that the Future party is open to debates on new technologies, affirming that prosperity will depend less and less on natural resources, and more on educational, scientific and innovative resources.

He pointed out that it is necessary to innovate and make an important qualitative leap, since one cannot be isolated in the past or continue in a “past present.”

“There is talk of a new era of the internet, at unimaginable speeds. It’s about the metaverse. This movement is born in the present with a vocation for the future,” he added.

RELATED CONTENT: A Candidate Without Primaries: Ecarri to Run in 2024 Presidential Elections of Venezuela

As revealed by the former governor, the rupture within Progressive Advance started with the repetition of the elections in Barinas, on January 9, when opposition support for the governor candidates was fragmented.

Part of the group supported Sergio Garrido (candidate of the MUD), while others backed Claudio Fermín.

“We decided that month that elections in Barinas had not so much been about the electoral event itself, but about the expectation of an entire people, and having a point of reference for all of Venezuela regarding the possibility of generating the political change that the entire country demands. This opened some contradictions and some internal differences, especially the decision to propose a different route, or an alternative, for the country,” he explained during the press conference on Wednesday.