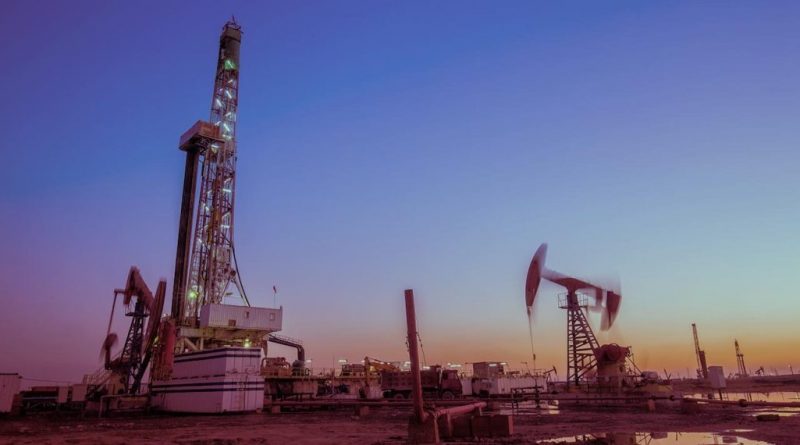 Venezuela does not produce anything. Only petroleum. Venezuelans are swimming in black gold. We live off of oil revenues. We do not even produce the food we eat. We import it.

In between half-truths and half-lies, these are the most widely spread stories about us. Then follows the old story that becomes a trend every once in a while, that started decades ago: “substituting imports,” also known as “towards overcoming the oil rentier model.”

Since the oil industry was nationalized, in the 1970’s, the production of hydrocarbons represented only 15 percent of the total annual gross domestic product (GDP); non-oil production on average is 85 percent. It is not true that we produce only oil.

Those who cultivate, sow and harvest the land are producing; workers in factories; doctors, nurses and therapists in hospitals; teachers at schools; construction workers and road builders; haulers; bakers; tailors. And even though it is not registered in national accounts, homemakers also contribute, and a lot, to production.

According to Venezuela’s Central Bank, out of the total non-oil production, 6.4 percent corresponds to agriculture, stockbreeding and fishing; 21 percent to manufacturing; 4.6 percent to transportation and storage; 8.9 percent to construction; 12.6 percent to trade and repair services; 15.6 percent to government services in general; among other activities.

Historically, according to Venezuela’s National Nutrition Institute, 88 percent of the food we eat is produced in Venezuela. The domestic production of eggs is 99 percent; roots and tubers, 99 percent; green vegetables 97 percent; fruits 98 percent; milk and cheese 98 percent; meat 92 percent; fish and seafood 70 percent; cereal 63 percent. What we do import is wheat, soy, and part of the corn, as well as a major part of legumes: 91 percent. An invitation is open to anyone to check the market list. Where is the plantains, coriander, yucca, pumpkins, bananas, oranges, tomatoes, bell peppers, eggs, meat, milk, chicken, cheese, ham, onion, rice, pasta, corn meal, and the bread eaten by all Venezuelans produced?

It is a fact that imports per capita have decreased by 55 percent in Venezuela from the seventies and up to 2014. In 1977, with an average oil price of $12.34 (USD) per barrel we managed to import 977 kilograms per person. In 2014, when the oil price was $88.42, import was 443 kilograms per person. Imports decreased to more than half. It was undoubtedly replaced by domestic production.

Regarding the GDP, imports went from 36 percent in 1977 to 7 percent in 2011, and to 9 percent in 2014. A curious fact is that imports in the United States represent an average 11 percent of its GDP. For those who like to tell tales, they could then conclude that the U.S., with strong grounds, is also an economy of “ports.”

Those in the importing private sector, most of them who really live off of Venezuela’s oil revenues and are the masterminds of stories that are useful to blackmail the State and continue receiving cheap currency, they do not say that they would have made all imports from 1970 to 2014 with only $323.5 billion. They do not say either that they in fact received $695 billion. They do not tell us the story about where is the difference that adds up to $371.5 billion.

According to story tellers, the main problem of the Venezuelan economy is its oil and revenues generated from exporting it. If we did not have them, we would be compelled to “diversify production” which —according to them— is only oil production, to “substitute imports” and to work… This is to say, to not continue “living off of (oil) revenues.”

The problem is not the oil or the revenues it generates. The problem is the use given to such income. At least $370 billion are enriching banking accounts in tax heavens. Accounts that do not precisely belong to millions of Venezuelans who work day to day and produce at schools, hospitals, factories, stores, land, and sea. They belong to large capitalist “importers” who make up no more than one percent of the population.

The key to move from the capitalist rentier model to the socialist Bolivarian model of the 21 century is the sovereign use of oil revenues. This is not an issue of “substituting imports.” This is an issue of stopping the transference of public resources to a monopolized private sector that is appropriating them and taking them out of our territory.

The key is to use oil revenues from and by the State to increase the domestic production even more in sectors which guarantee a fair distribution of what it produces to ensure technology independence and national sovereignty with it; to diversify exports; to move towards a model in which the salary relationships, revenues and prices is always favoring workers and in which public, collective and communal ways of production are strengthened.

Let’s imagine the quality of our hospitals, schools and colleges; let’s think about the railroad system; scientific and technological development; the powerful pharmaceutical industry; and fully cultivated lands if the $371.5 billion were not accumulating interests in private accounts of those who really live off of oil revenues.